Just west of the Navajo Army Depot in Bellemont, Arizona, where Route 66 officially rejoins I-40, there is an old neglected piece of Road 66 that you can’t really transverse because it no longer all connects (and has been renamed Bellemont Camp Road).

This is what one of them looks like, it is mostly unused because it dead ends, and is no longer kept up by the government. But because of that we get to see the OLD pavement, and for some reason it’s RED instead of black …

I had noticed this particular feature of the “OLD 66” before in Oro Grande⁩, ⁨California, this time on a road that had been kept up,  so I couldn’t really get a good look at it. What it looked like was a red road had black top placed over it… but the red was a bit wider so it sort of leaked out the sides 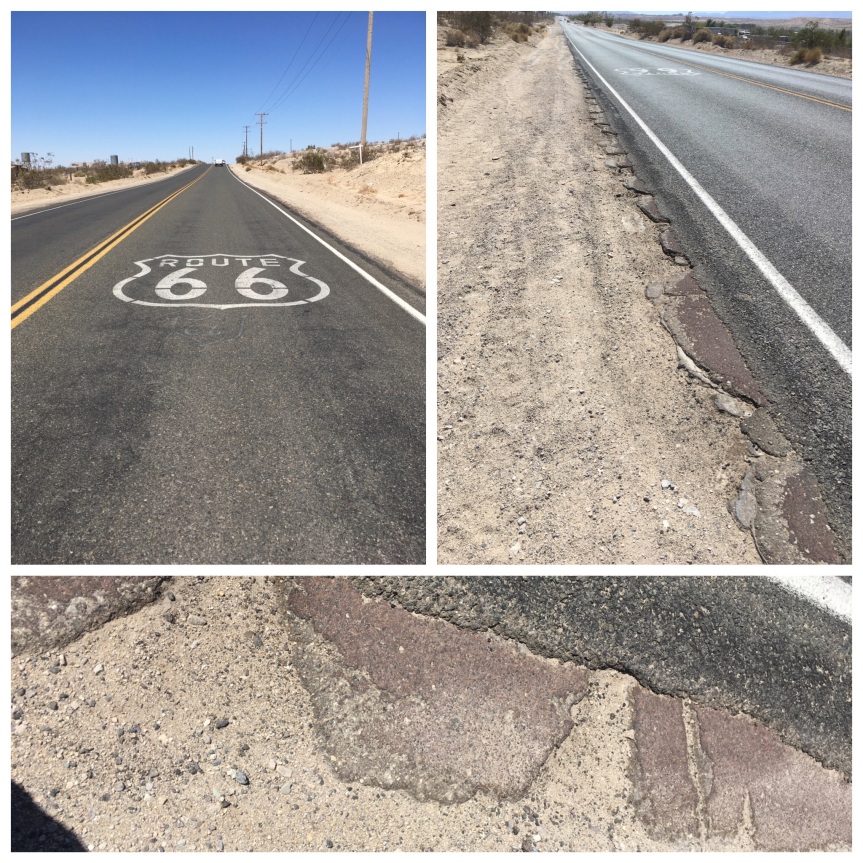 Personally I’d love to know why