About a week ago, as I wandered around downtown Springfield on saturday evening after the museums had closed I came across this event, the Susan G. Komen ‘Race for the cure’ getting ready to start right in front of the Illinois Capitol building. And for those who don’t know, it was the Koman Foundation that first associated pink ribbons with the fight against breast cancer…

For those not familiar with the foundation: Koman was once one of the most trusted charities in the country, raising funds in the fight against breast cancer.

But then,  it made a decision to stop donating some of its money to fund Planned Parenthood (a reproductive health foundation founded by Margaret Sanger — who was part of the inspiration for Wonder Woman —  that serves the poor, but that is HIGHLY controversial with conservatives because it also provides abortions), and pretty much lost a lot of its goodwill.

This included (some unfair) claims that only about 20% of the money goes to cancer research, while paying Komen’s founder and CEO, Nancy Brinker an exorbitant salary. So at this point, while the foundation is starting to redeem its reputation, it’s still a bit controversial with liberals.

An after the fact note: this run was towards a yearly goal of raising $500K, we are now approaching the start of June (the half way point) and Koman has only managed to raise $65,967 towards its goal (according to this website, at the date of posting).

Apparently there’s a Formula 1 racing track just south of central Melbourne in a place called Albert Park, and in our drive south to see the penguins we got diverted away from some construction on to it. It’s one of the few circuits that is on public roads, and when it’s not being used for a race is publicly accessible… 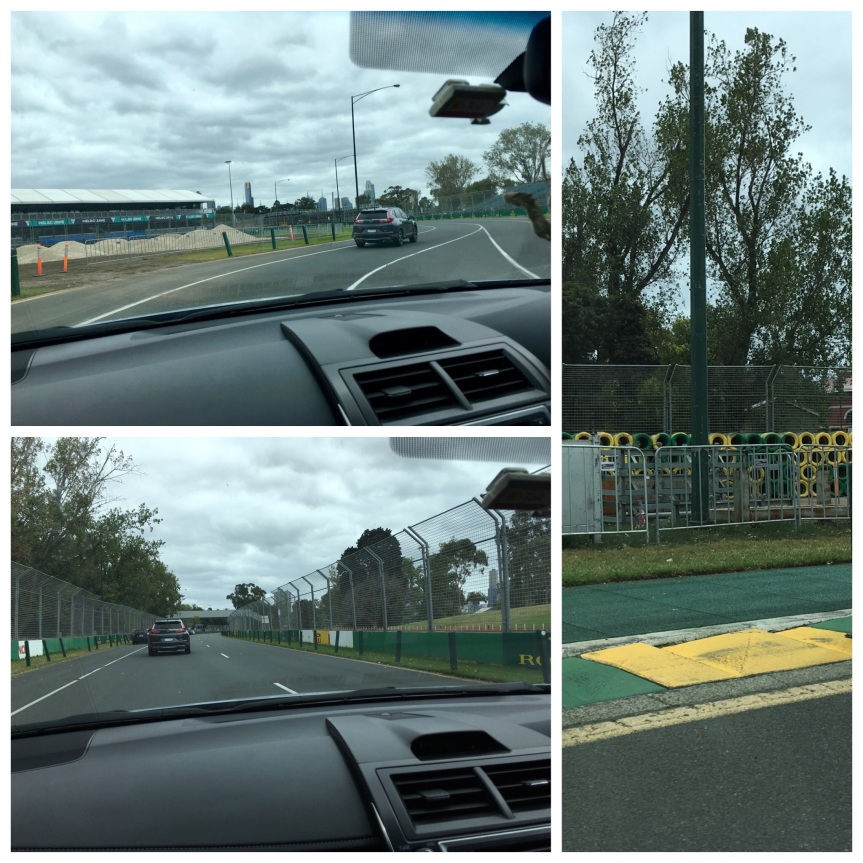 But admit it… this is COOL! (although granted we were driving it at much slower speeds)

Much thanks to an old friend from college who is hosting me for almost two months at her home in Dalton, GA… and her hubbie, I am getting to experience a truly southern “experience.” We are at a race track in Aiken, SC for the trial runs of the steeple chase – featuring young horses who are being prepped for racing. 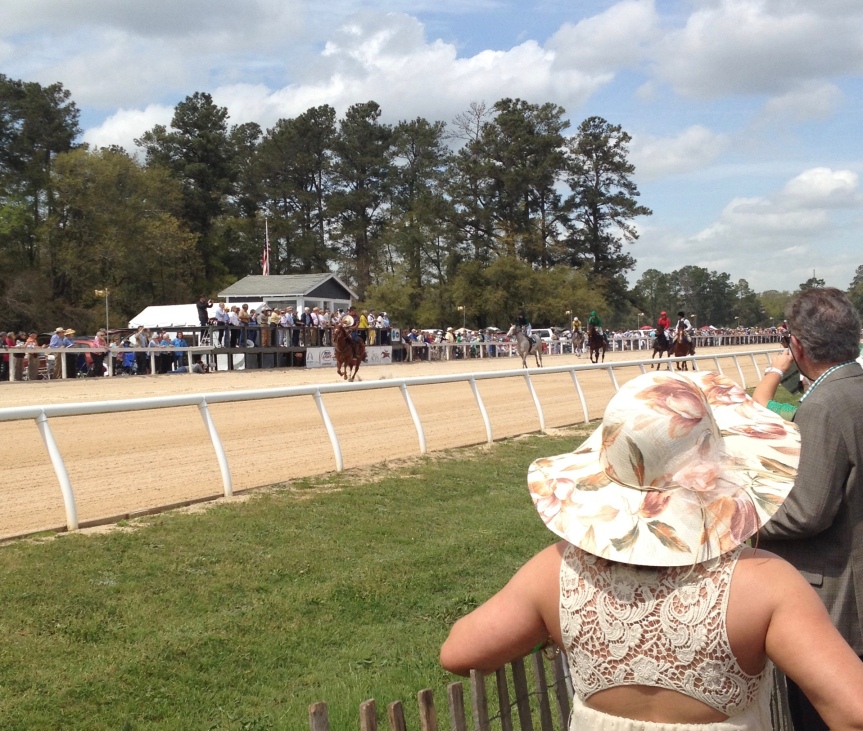 In other words, this is not a horse race where folks bet on the horses, but rather a social event of a more ‘gentile’ nature hosted in a part of the country where horse farms are common, attended by folks who love horses and just the general public. The festivities range from informal tailgating by folks in jeans and t-shirts, where folks entertain themselves and their friends before and between races (there’s a lot of standing around and waiting for races that only last a minute or two), as well the more upmarket folks who are in the main tent.

My friend bought the fancy tickets, which give us reserved parking near the fence, and entrance to the shaded tent — and a traditional southern buffet. At first I was worried I was over dressed because the tailgating crowd were all in jeans and t-shirts (while I am in an outfit I might wear when teaching University courses). Once we got into the tent, however, it was women in nice outfits and some big BIG hats.

We parked in the “infield” (inside the tack, just beyond that tree). 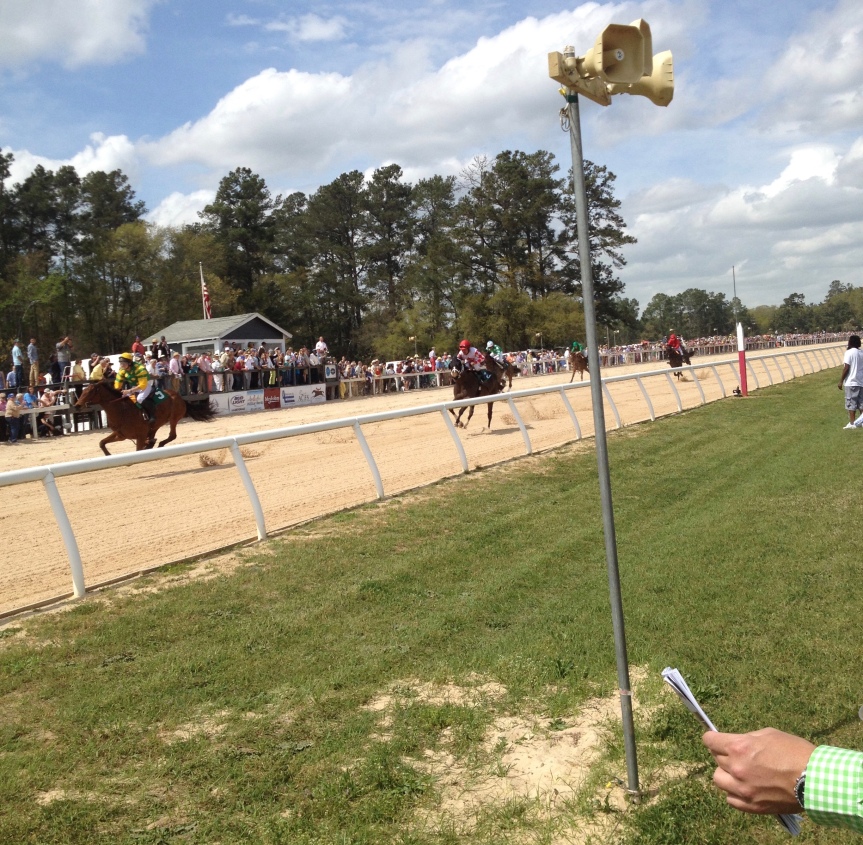 We ate what my friend says (she is a southerner from an OLD family) is an ‘obligatory’ southern buffet spread: pulled pork, grilled chicken fillet, Cole slaw, potato salad, and Green beans stewed within an inch of mush;  rather than grilling the meats with BBQ sauces, as I assumed it was done, a variety of bbq sauces were lined up at the end of the table — which she assured me is how it should be done. Dessert was banana pudding, which according to my friends has to be (and was) ‘lighter than air’, and some sort of chocolate marshmallow type pudding which was less tasty.

I have to say, looking at all the women with the big hats, as well as some men who were equally dressed up, was probably the most entertaining part.