It drew my attention both as being one of the highest ranked restaurants in Thunder Bay on all the customer review websites (pulling four or five stars at each), but also because FINNISH food!!! Seriously how often do see that being offered up.

My airbnb host asked where I was intending to go for my meal and when I said “that Finnish place, the Hoito”, he said, “Good choice, I love that place.” 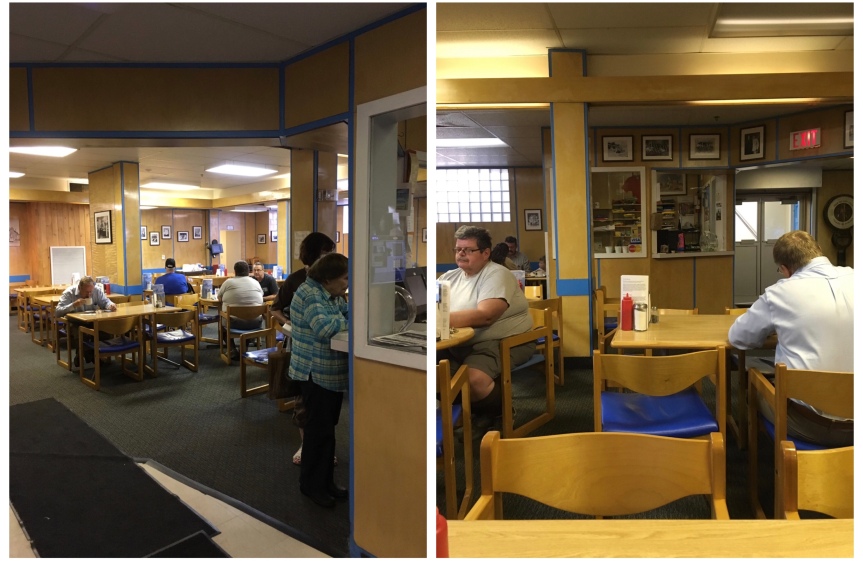 After I arriving there I discovered the Hoito is historically important restaurant, established in 1918 (Wikipedia). Founded by loggers over 100 years ago, and running continuously since then, the restaurant is co-operative and is so deeply embedded in the labor movement that it is considered to be socialist.

Regular customers buy membership cards that allow them to vote at the Finnish Labor Temple located directly above the restaurant, and until the 1970’s customers could buy meal tickets too, if they ate here regularly, and the food was served on long communal tables. This restaurant was even written about in the New York Times.

I had suolakala (pronounced soo-la-ka-la) which is described as a salted fish sandwich — open-faced. It’s a bit like gravlox, in that it’s cured salmon… only it’s not smoked. Thing is I eat lox sandwiches almost daily so…

— I HAD wanted kalakeitto (a salmon soup) but they have run out. They also gave me a single Finnish meatball (to try) … because I refused the suggestion to order it as it definitely is NOT on my diet 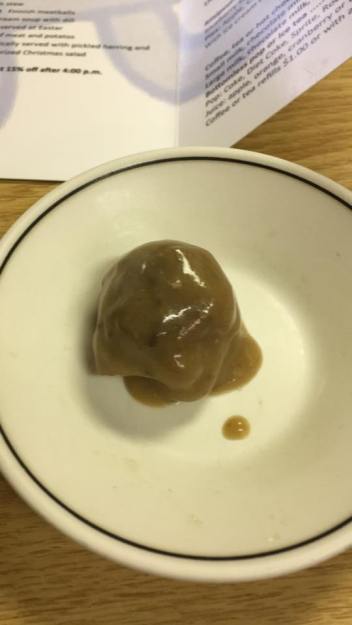