This historic gas station has an identity problem. If you drive on route 66 from Kingman to Oatman, Arizona you simply can’t miss it… really you can’t… but pretty much ever on-line sites that I’ve found it on things its located in a different area… Some say Oatman, some say Golden valley, some say Kingman, and some just say it’s in Cool Springs… and hence the name. 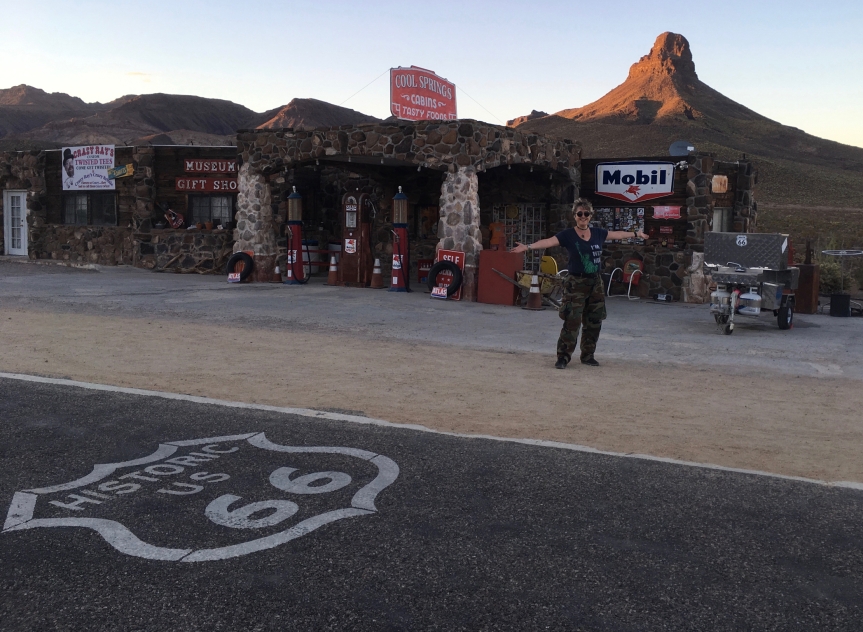 A wonderful sort of camaraderie tends to form among those of us traveling the route. The pictures of me were taken by a german guy… he had a big fancy camera set up and initially took this photo of me, see below, which was the exact same shot he’d been taking of him and his girlfriend. Then I looked around for good shots, and asked him to please take the photo of me (above)… he at first tried to get close (making me larger in the shot but I shood him back to the spot I’d chosen.) 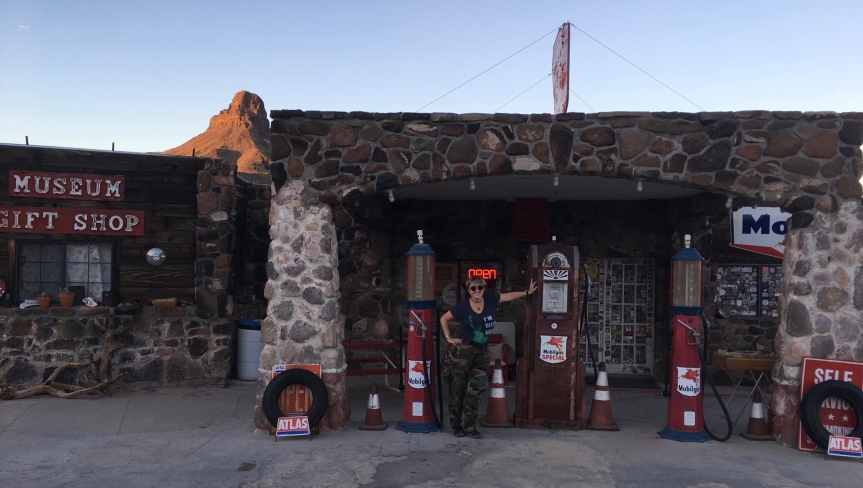 he ultimately (when we looked at the shots in the camera) saw that I had clearly found a MUCH better shot and we were now bonded by desire to see 66 and our love of photography. (From then on I watched as he was trying to find other shots that included the 66 on the highway.) 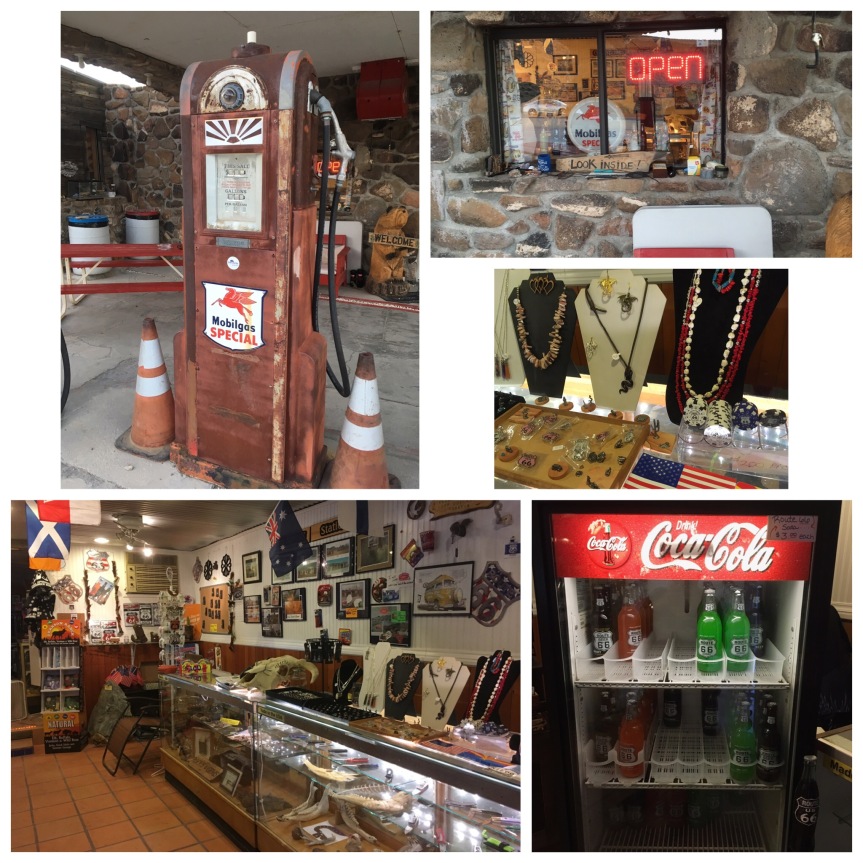 What was kind of interesting was everyone who passed felt a sort of obligation to buy something. A sort of general awareness that this place (which is miles from anything) could only stay open and access-able to the next person if they did. 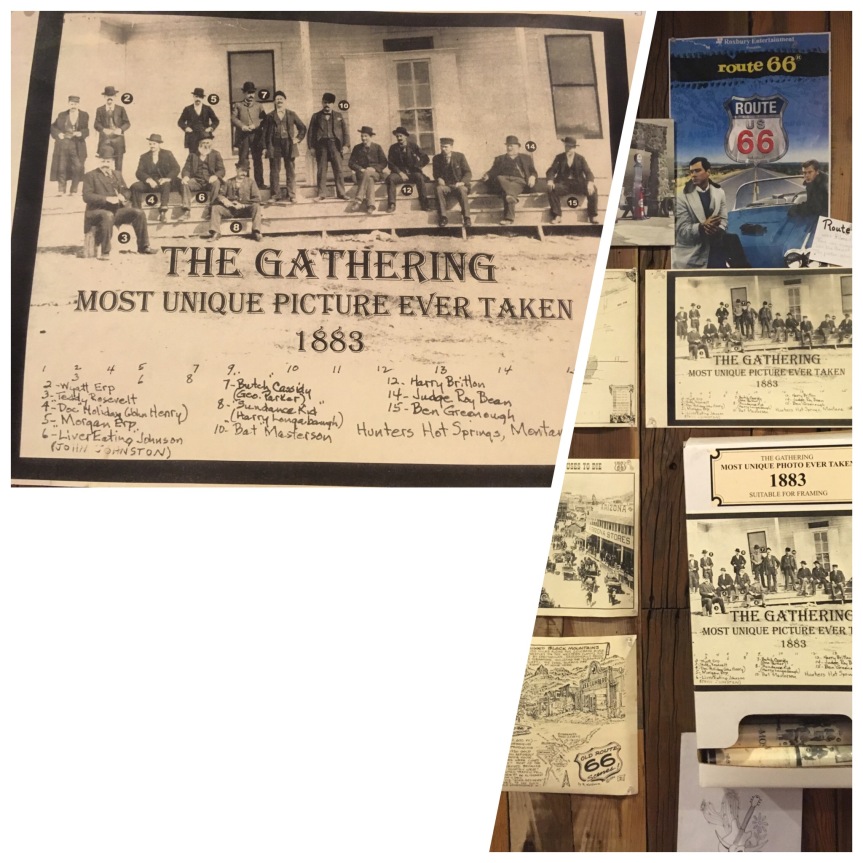