For the life of me I’m not sure WHY the Blue Whale of Catoosa, Oklahoma has become one of Route 66’s must see locations.

It’s noted on ALL the lists. But, it was built in the early 1970’s, so it’s not even concurrent to the route’s hay-day, and on top of that it’s not even particularly impressive. 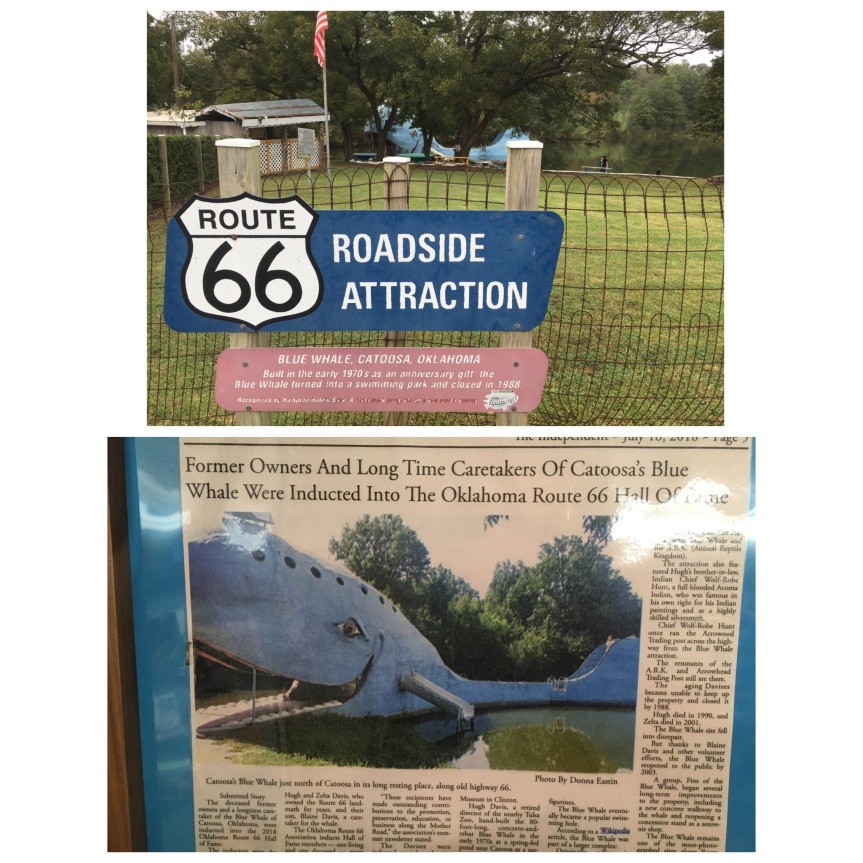 It started off as a roadside attraction, a sort of very low rent amusement/water park…. (the whale offers multiple ways to slide in to the water) …. but when compared to pretty much ever amusement park or water park out there… I’m talking really really low rent. 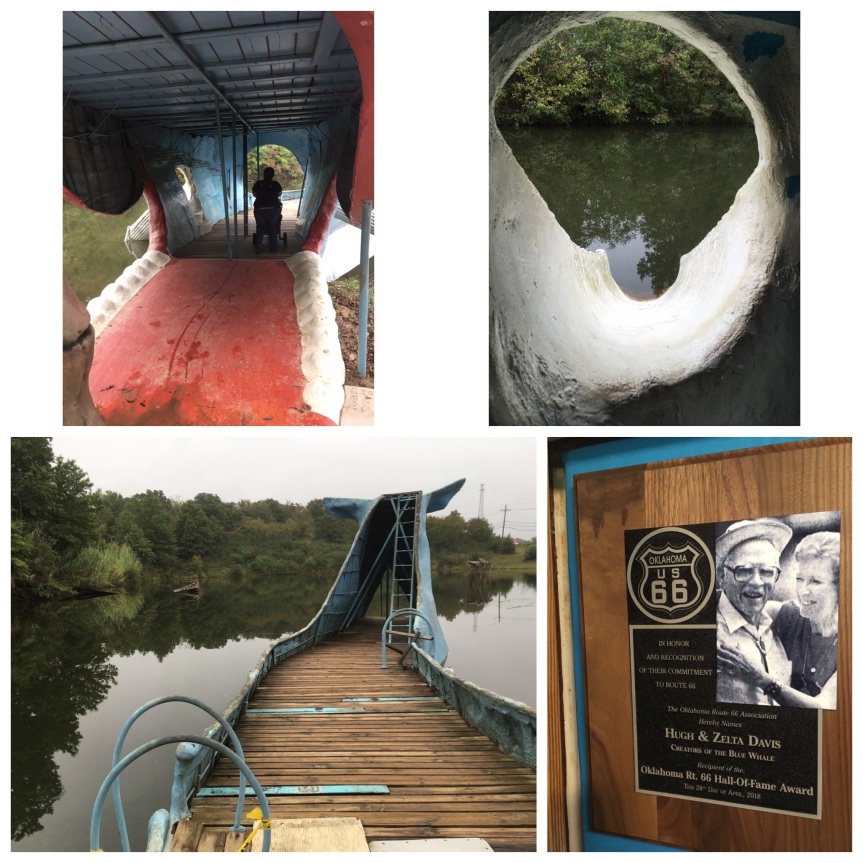 AND, considering it’s supposed to be a water slide type thing, you’re not even allowed to swim in the water there anymore…

It’s fairly close to The Nut House, which also for the life of me doesn’t deserve its acclaim. All I can thing of is that folks traveling the route are sort of desperate for things to see along it at time (there’s really NOT much in the way of mother nature to look at along this stretch of the road) and were grateful for almost anything diverting where they could stop and stretch their legs.

That said, according to wikipedia it’s actually made it on to TV more than a few times (usually as part of a reality TV show).