Del’s Restaurant in Tucumcari New Mexico, which Yelp ranks as one of the top three restaurants in town was kind of a major let down. But in a town with only 27 options, half of which are national chains… well beggars really can’t be choosers.

BUT NO! It’s sort of a Mexican/Southern American combo type place that can’t quite make up its mind what it is…. 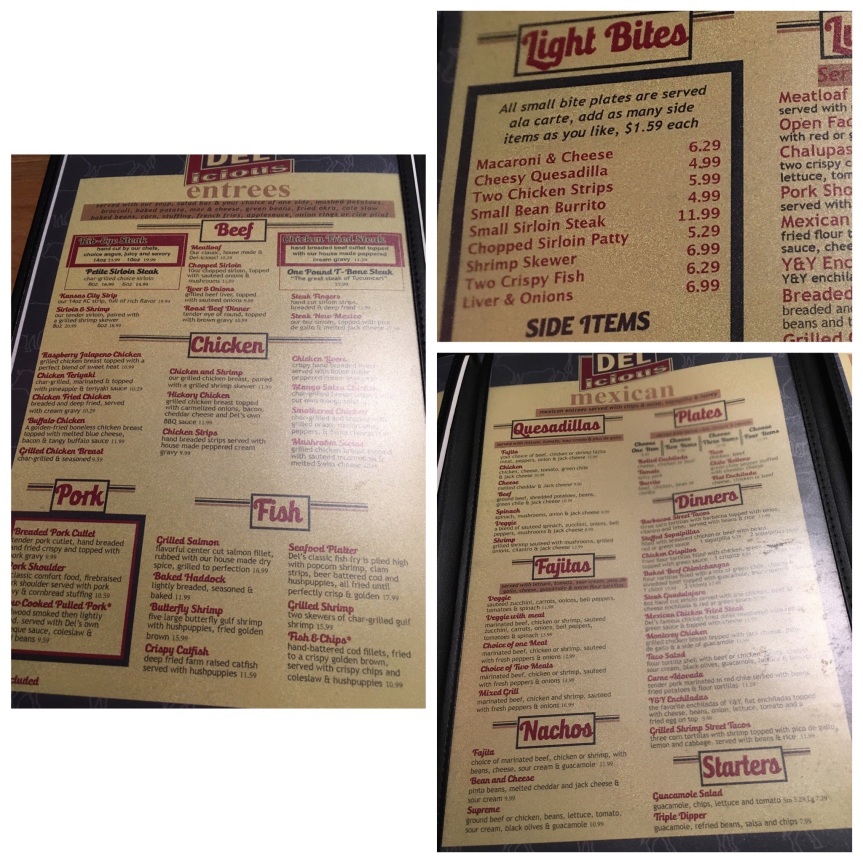 other than all the staff have to wear white cowboy hats… Oh and note the upper right corner of the menus… the woman next to me ordered the “light bite” of macaroni and cheese, and it was this MASSIVE plate full of the stuff… and note that there’s NOTHING low-calorie on that list… Light bites in the southwest apparently doesn’t mean what it means everywhere else 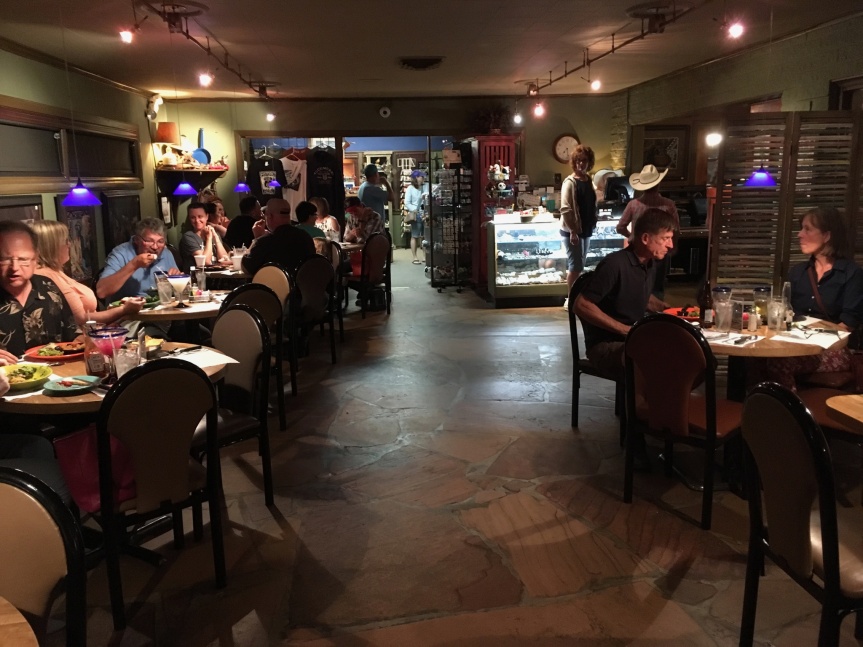 The place has a fairly large gift shop (the room after the tables, AND the check out counter) that sells pretty much all the obligatory goods and not much else.

and an all you can eat soup and salad bar, where most of the salads are swimming in mayonnaise (welcome to culinary sophistication of the southwest)

I got my salad (blue cheese on the side) and the mushroom soup (because a waitress told me the bean soup wasn’t very good)…. and then I ordered the grilled salmon. I am pretty sure I was NOT brought salmon… it was fish, and other than it was woefully over cooked it wasn’t bad… but it sure as shit wasn’t salmon… Sockeye salmon possibly… but that’s not Salmon… it’s in the trout family… and to be honest what I was eating tasted more like something in the tuna family than trout.

Met this guy while staying at Motel Safari in Tucumcari, New Mexico, he drives up and down 66 selling stuff to the motels that says Route 66 . 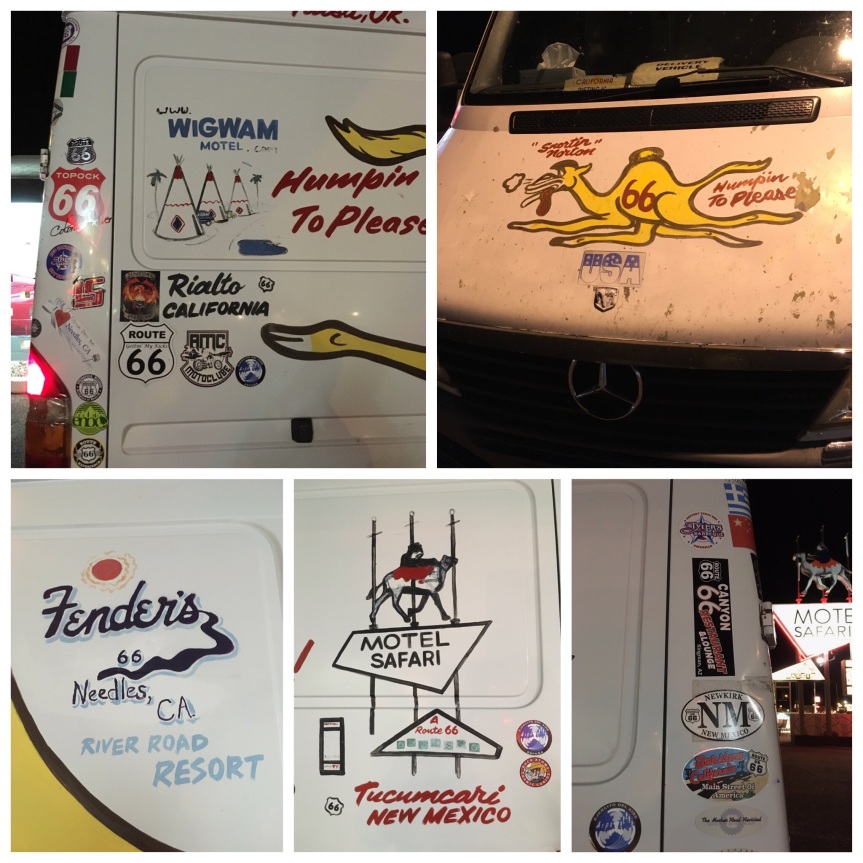 And here I thought my car had a lot of stickers…

He says he’s originally from the Chicago area and got into the business by selling a map he created about how to negotiate route 66, and since then has added all sort of other items to what he sells. 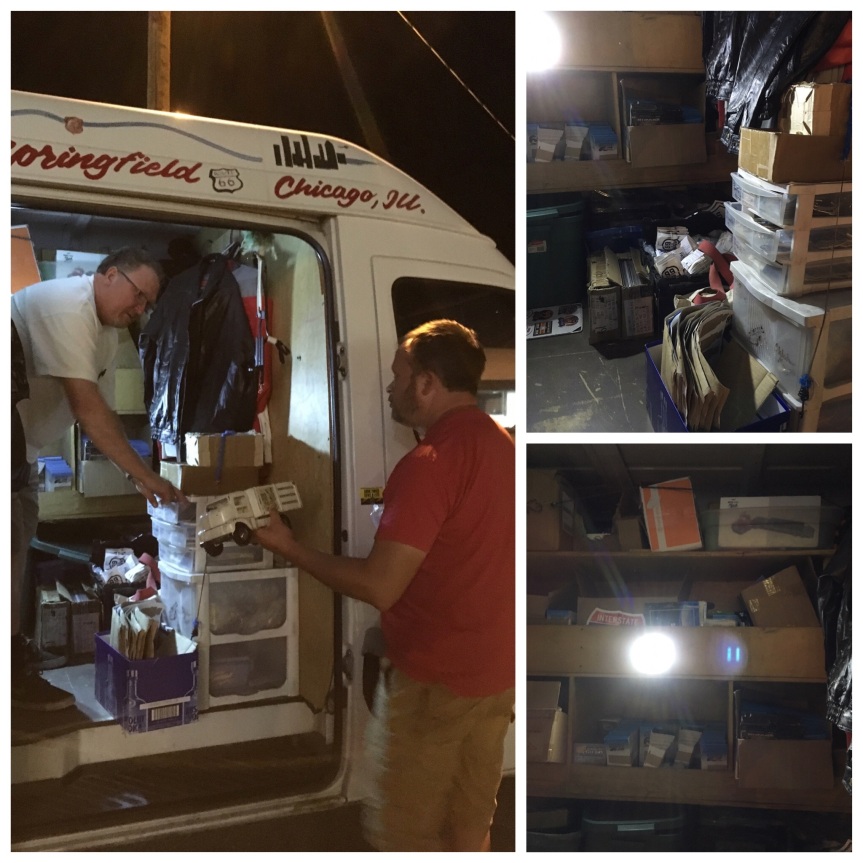 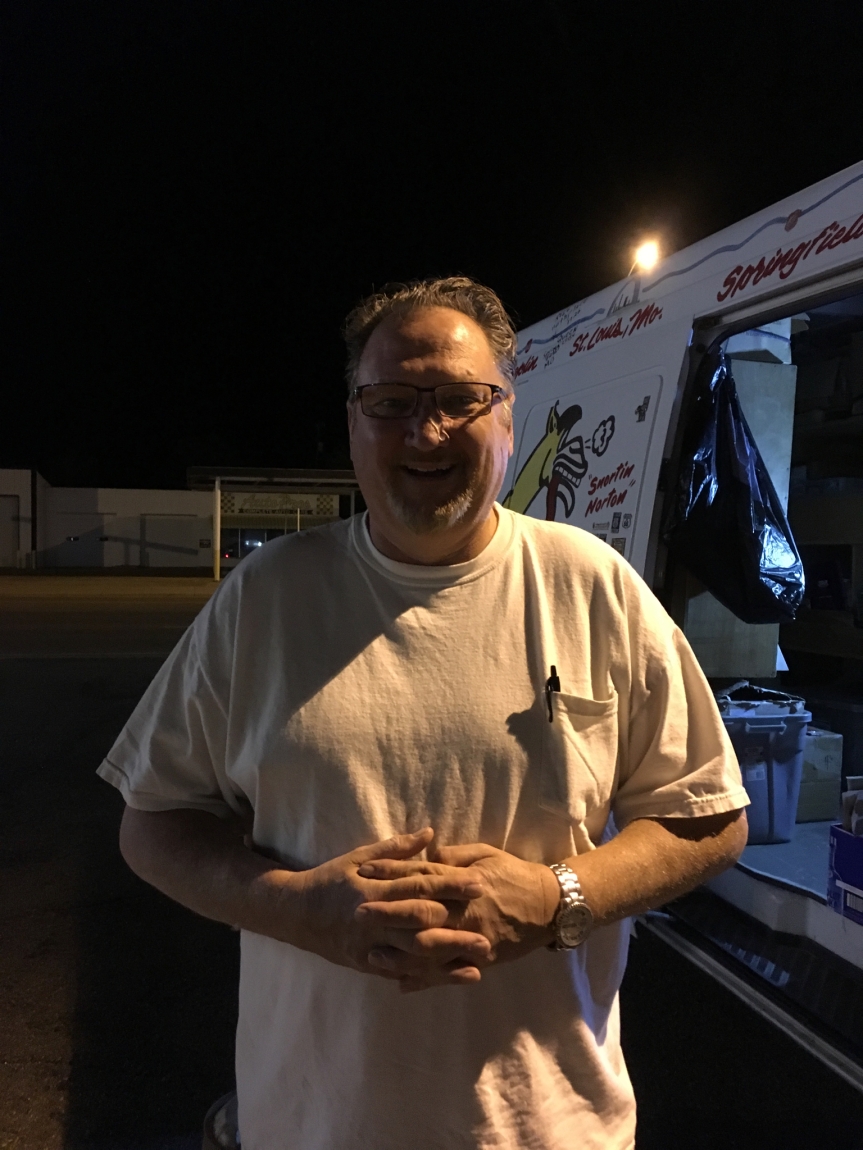 PS, found these today, it is the map this guy was selling…. with the price marked out and being sold for twice that… 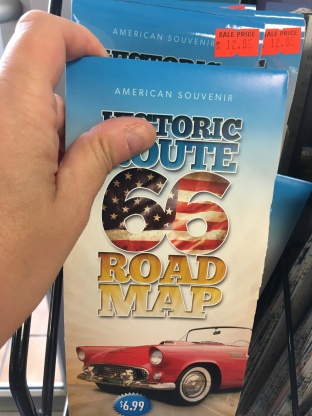