The Miami in this case is not the Miami of Florida, rather it denotes the land that had been assigned to the Miami tribe, a people that had originally lived in what is now Indiana [where they are no longer recognized as a tribe] but were forcibly moved here when the white populations in Indiana wanted them gone. This relates to other places I’ve visited such as Tippecanoe Battlefield, where after the battle of the same name the Indians who had followed Tecumseh, were forced to move to here, to Oklahoma (i.e., which literally translates to Indian Territory — discussed in greater length on this blog post) while the ones who did not support him and had decided to live like white men were allowed to stay in Indiana. 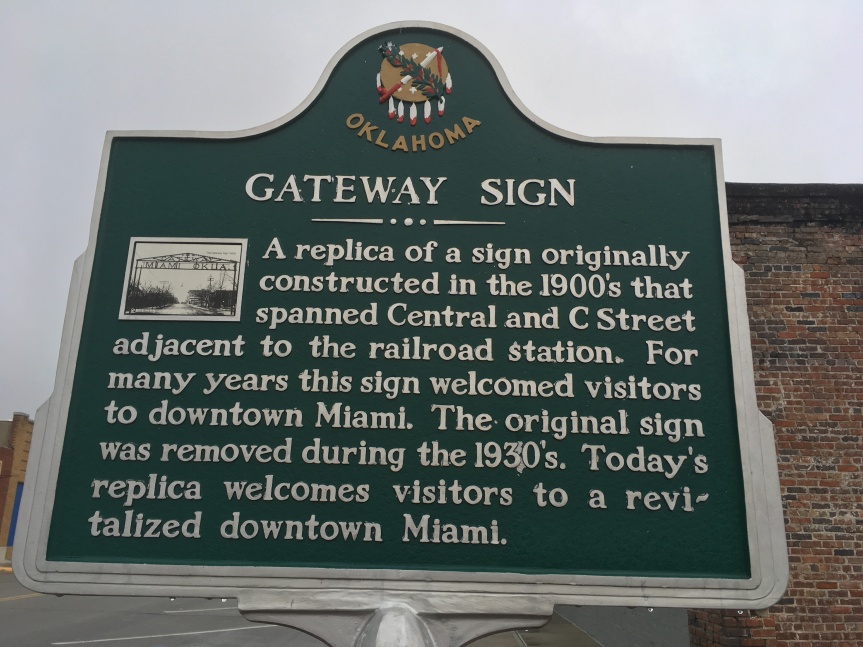