According to trip advisor’s web site, probably the major attraction in the city of Vancouver, to be distinguished from the Island of the same name — so confusing… is this park. It’s sort of like Central park, only it’s not really ‘man made’ the way that one is, and is pretty densely forested.

Firstly, there is no free parking… even curb parking is monitored, so I parked my car at the first major lot I came to (figuring out how to pay for the parking took about 15 minutes, and then I had to spend another five minutes trying to explain it to the elderly American behind me — you need to punch in your license plate number, which is harder than it sounds, and then guess at how much time you’ll need), and then paid for the horse and carriage guided tour — the last one of the day. 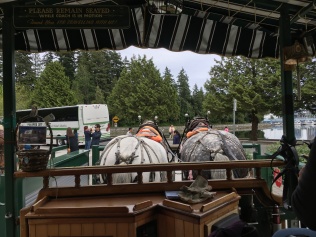 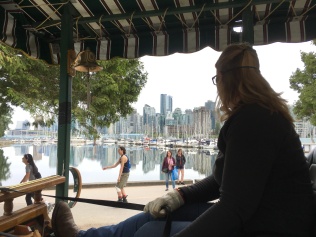 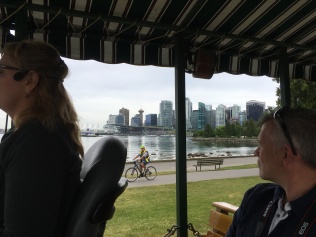 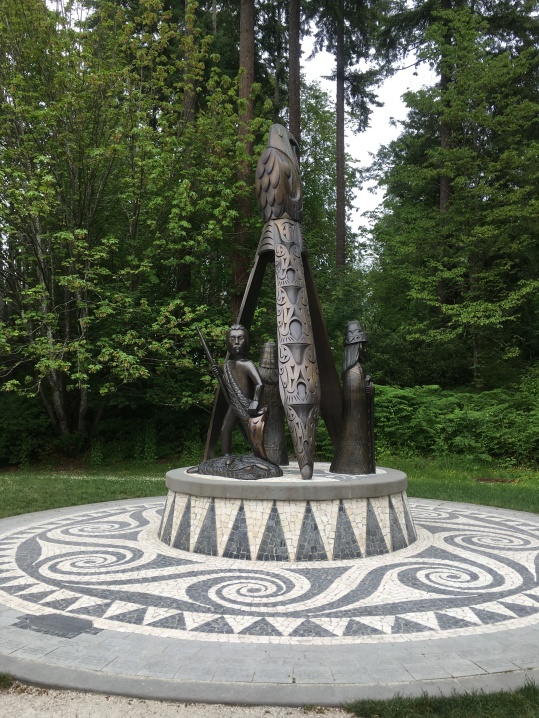 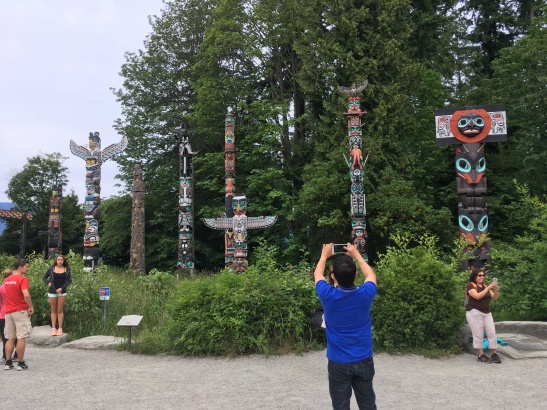 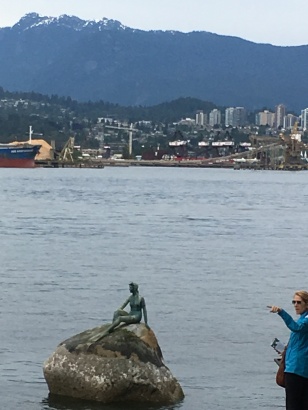 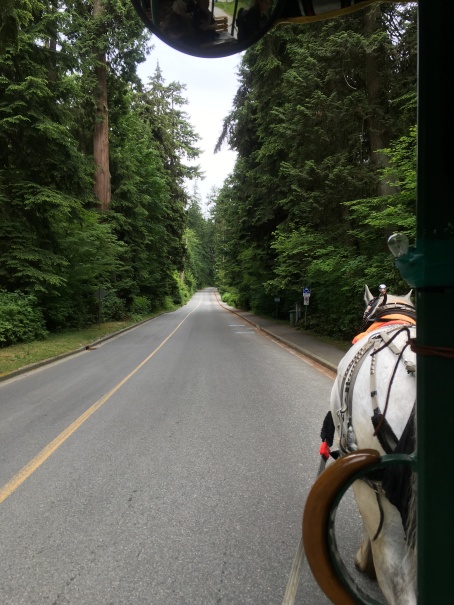 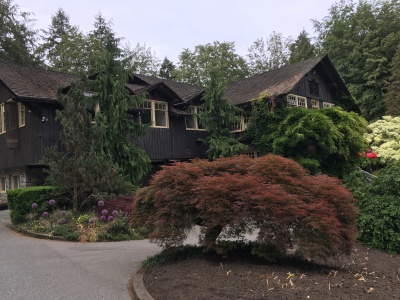 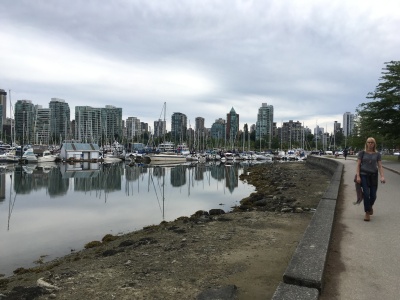 There are also other things to do at the park, but I had limited time

Something funky is going on with the sky right now, there’s reds and blues and whites like sunset colors only it’s not. 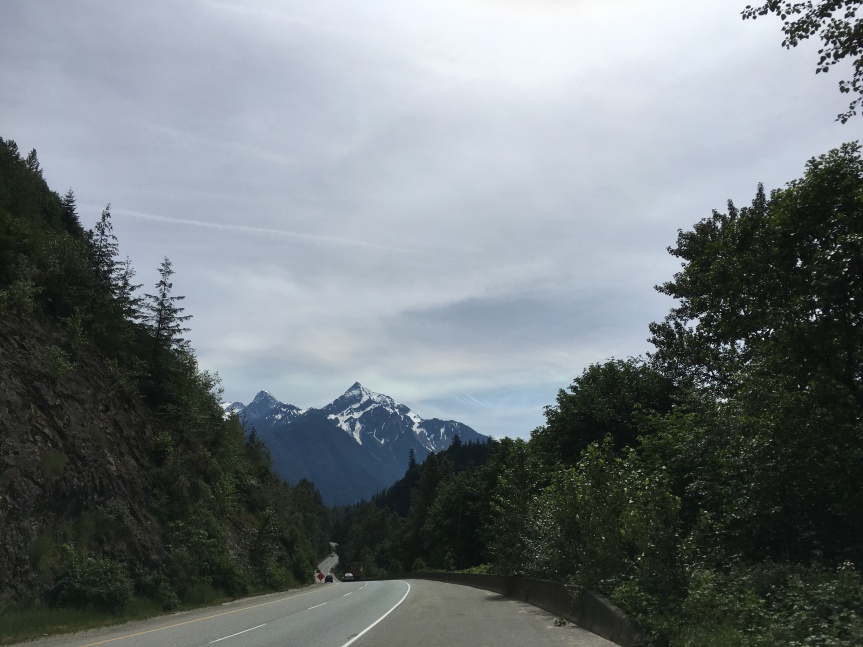 I’m not sure what’s causing this — I posted the image to Facebook, and a friend suggested that it’s a fairly common phenomena in the mountains.

There are little white stripes even, it’s most visible when looking through my tinted sunglasses, which are also looking through the tinted front shield of the car — but you can still sort of see it in the photo. It’s at moments like this that I wish I had tinted lenses for my iPhone — TransCanadian Highway (Route 1), near Herrling Island. 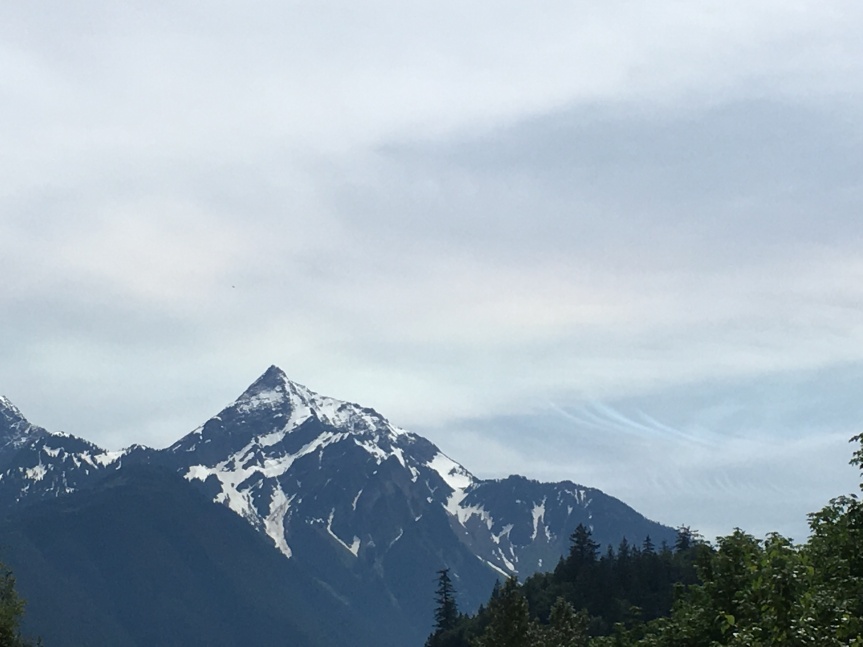