A nice FREE break if you’re driving past Jamestown, ND (I 94) 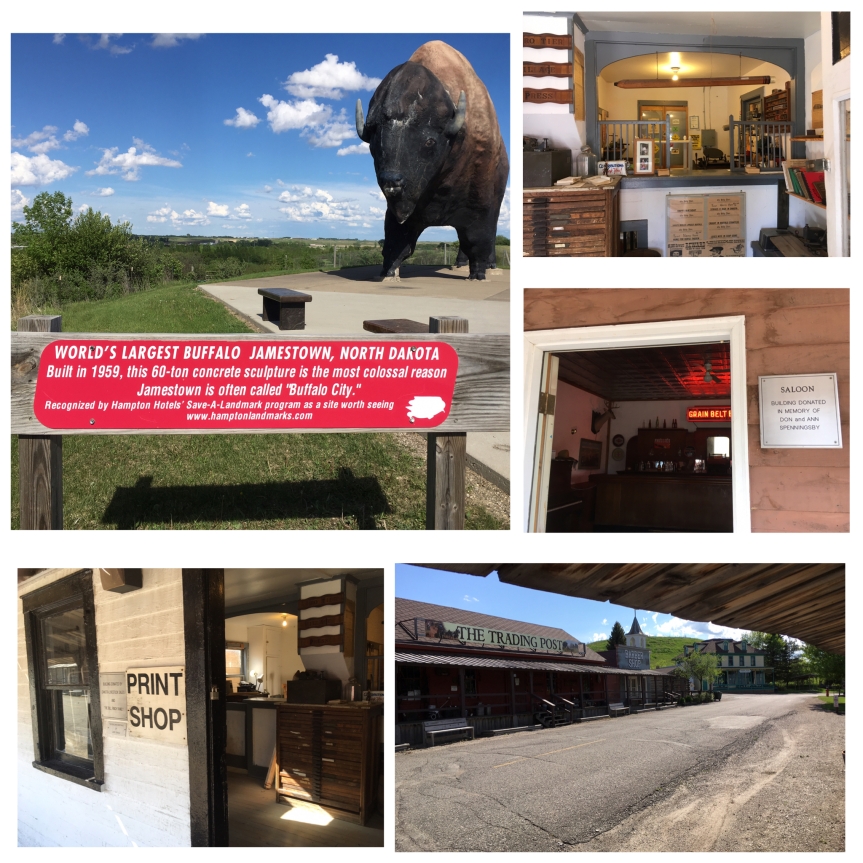 This place is kind of cute and there’s plenty of free things to see: there’s the “world’s largest buffalo” (but of course it isn’t — it’s a statue of a buffalo), and frontier fort — a whole town just sitting there unattended, as in nobody standing around to make sure you don’t steal anything, and you can walk through all the different buildings.

There is also a (not free) museum devoted to the American buffalo with a petting zoo, but by the time I got to the town and found the place, it had closed.

And on that note, Oh boy did I get misdirected on the way to this the buffalo! I had learned about it via one of the many road tripping apps and the address they’d included may have been completely wrong, or maybe it was my GPS in my car. Anyway, I found myself in the middle of … not much, so I ended up waving down a passing car — which had two women in it, and they told me to drive behind them and they would lead me here… and it took us about 10 minutes to get from where I was to where this. The thing to remember is the buffalo museum, the worlds larges buffalo and the frontier fort are all located alongside each other 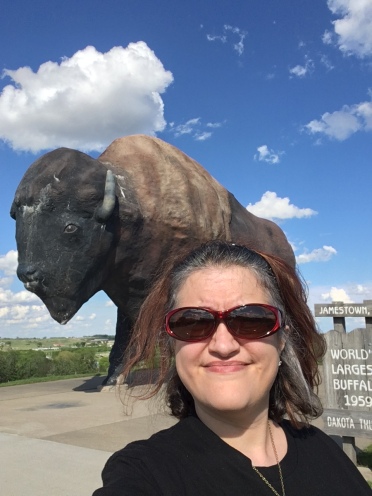 FREE, roadside attraction, off I 94 in Minnesota 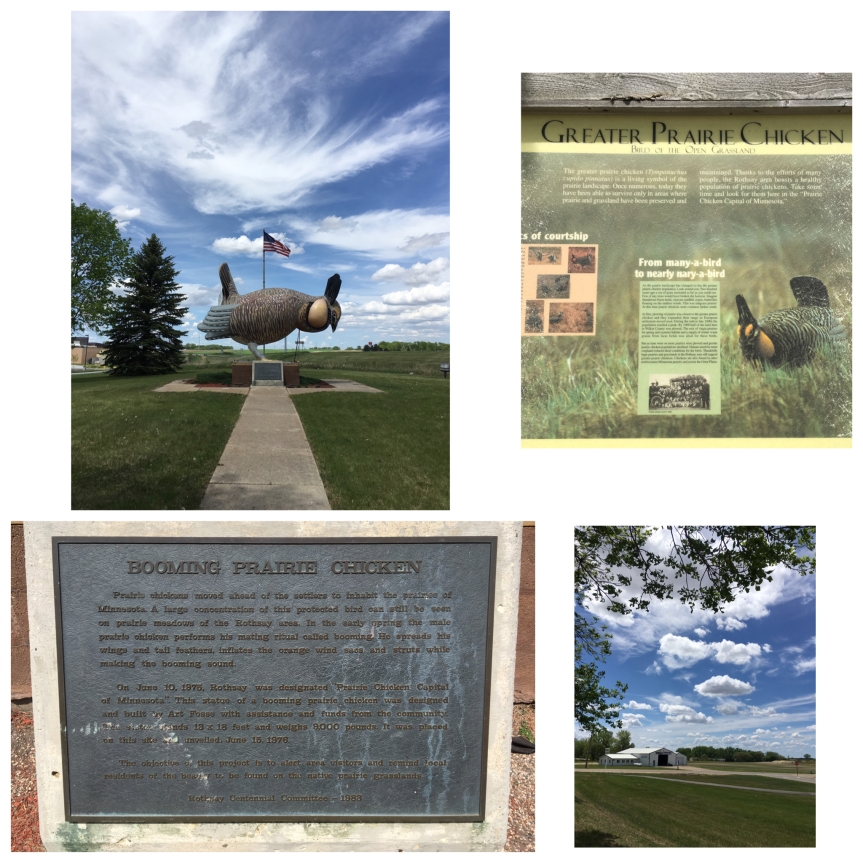 Because it is a big chicken! Seriously! A VERY big Chicken!

That said I was having a very beautiful drive, the weather was gorgeous, the sky was gorgeous….

I’m not sure Otto is worth going out of your way for, but apparently if you do it in mid May you’ll get the double (and far superior) benefit of seeing the nesting ground for cranes and geese 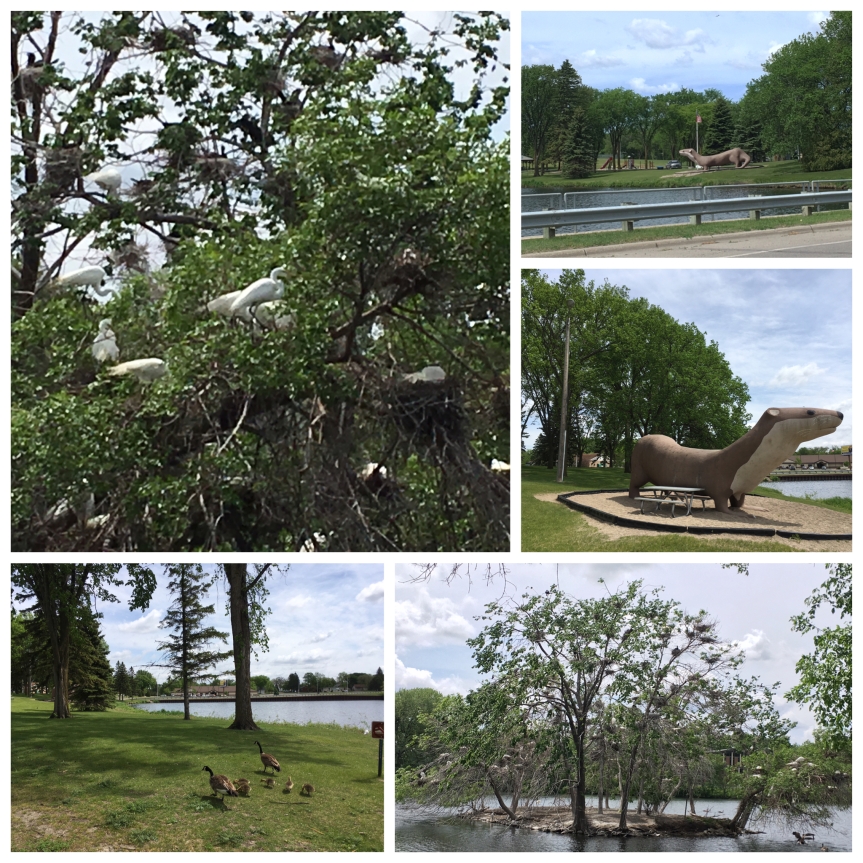 I came here to see the giant otter, and let’s just say, he’s kind of sad, and if he were all that I had seen I would have been a little let down…  but I saw something much more amazing. Apparently I’m not the only one making the trek to Canada! The river and trees along side him were FULL of gorgeous cranes, I think they were whooping cranes but I’m no expert in this area.

Looking at the google map for Fergus Falls there’s apparently another, larger, bird sanctuary that (if you’re there in the right season) you should consider checking out.

Also, as I was driving from Alexandria, MN to here the ground had gone inexorably up. I could actually see that I was climbing into a higher altitude…  It was like driving up a gentle slope that goes on for 100 miles and probably more.

Because nothing says Minnesota like a massive Viking!!
History of the area via its historic buildings and consumer goods,
and… the rune-stone 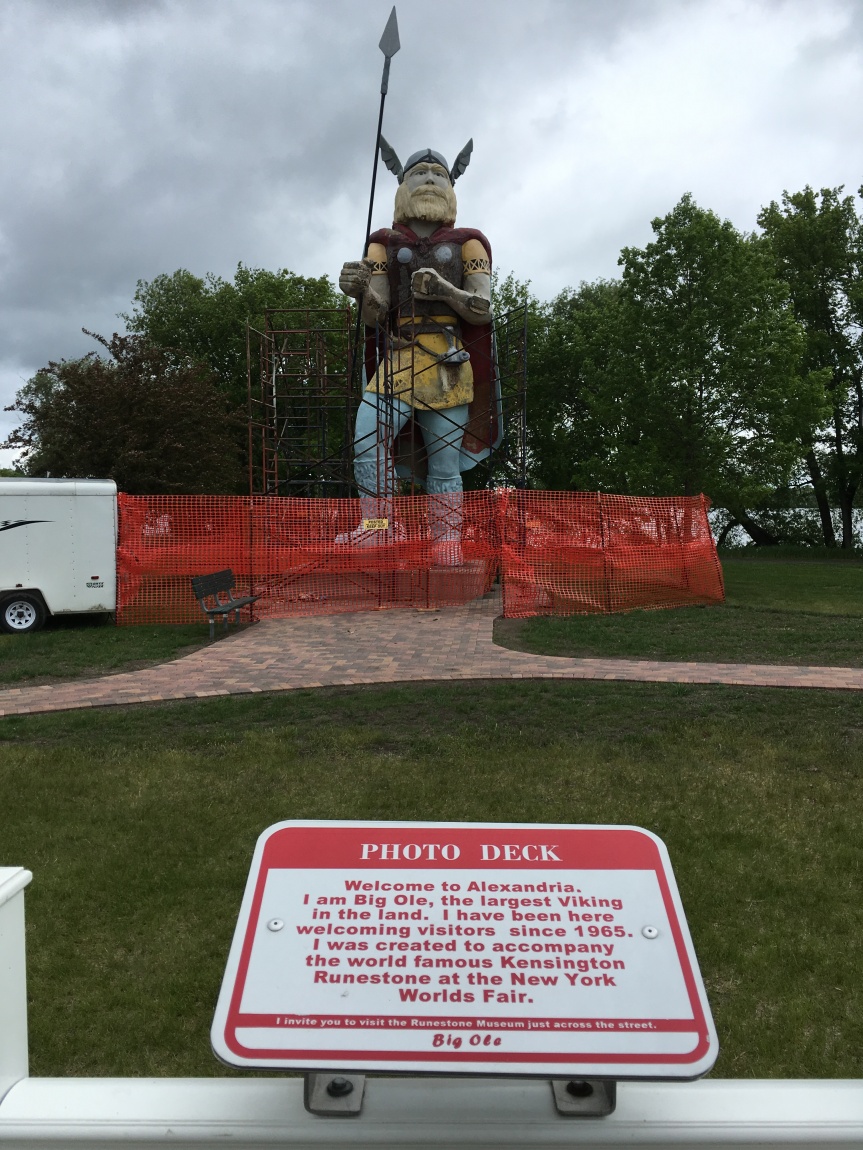 Cute local museum: Essentially, it’s a combination of the trend of collecting historic buildings to one central location in order to save them from demolition and a history of the area via consumer goods. However, there is also a massive ‘rune-stone‘ which a farmer ‘dug up’ from his farm that he claimed is supposed to be proof that the Vikings came to America way before Columbus — while the museum refuses to say it, and some in the local community believe it’s the real deal… the fact is that it’s never been considered anything but a hoax by serious researchers. 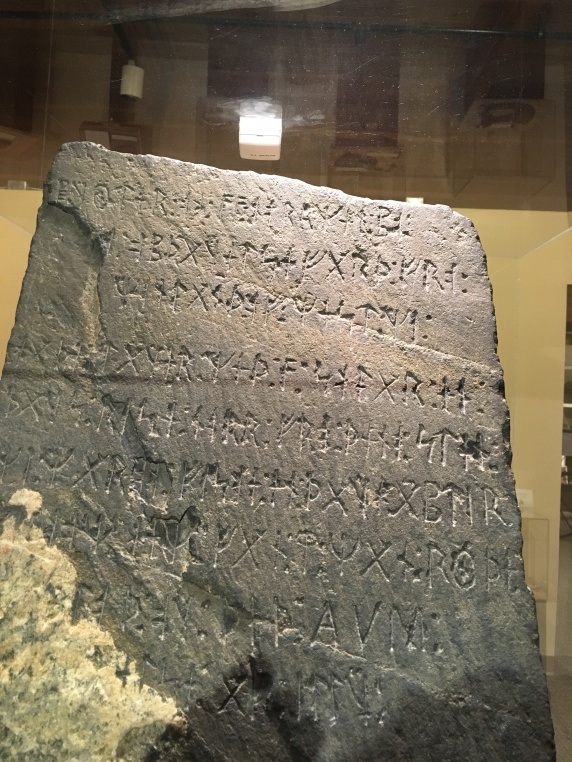 If you dial the number below, or scan the QR code (the box thing) you’ll hear about the stone and a translation of what it says. 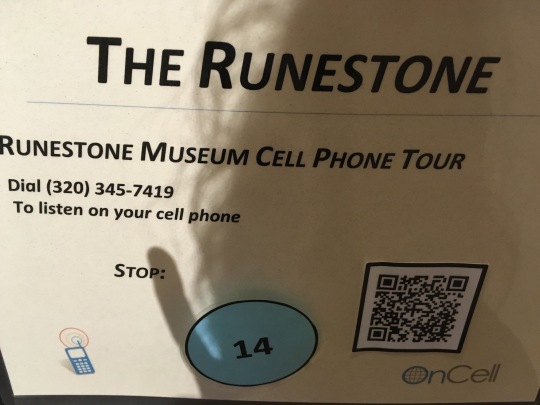 In fact one of the most interesting points, from my perspective, was how local small budget museums are able to utilize these technologies to upgrade the customer experience. Throughout this museum there are descriptions you can access via your cell phone or smart phone (using a QR scanning program), which are available in English AND Norwegian.

I had previously seen a TV show, I forget where, that talked about how in Norway there is a very popular reality TV show about kids who come to Minnesota to try to find their families and experience their lives in the USA. Apparently there’s a huge tourist population of Swedes and Norwegians discovering small town MN, and these narrations in Norwegian are the proof of that. 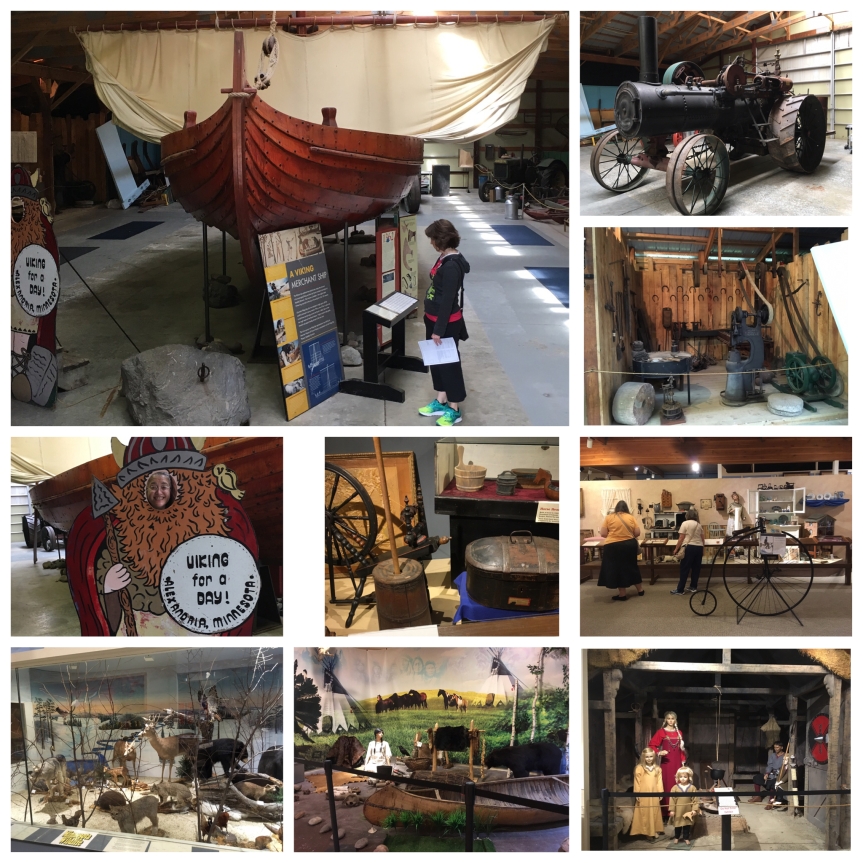 Granted, this place is nowhere near as well laid out is the last local museum I went to, but they’ve done a fairly decent job of collecting junk from all of the surrounding town members and housing it in a way that at least people can see it and understand what it is.