This is one of my favorite sorts of museums, folks who are entirely geeking out about something they love…. in this case, a specific breed of horse called the American Saddlebred horse, which used to be called “Kentucky Saddler.”

I found this museum on a list of ‘unusual’ things to visit in Lexington, KY. I had just driven up from the Pigeon Forge, TN (Dollywood) and was hoping to arrive in time to see Mary Todd’s Home, but that had closed at 3pm and I arrived at around 3:30pm. So, I decided to spend the night and to do it the next day. It is located on the grounds of the Kentucky State Horse Farm Park and apparently is usually a combined ticket to the race track, meet and greet with the horses, pony rides, etc., but I wasn’t here for those things…I was here for the geek museum. 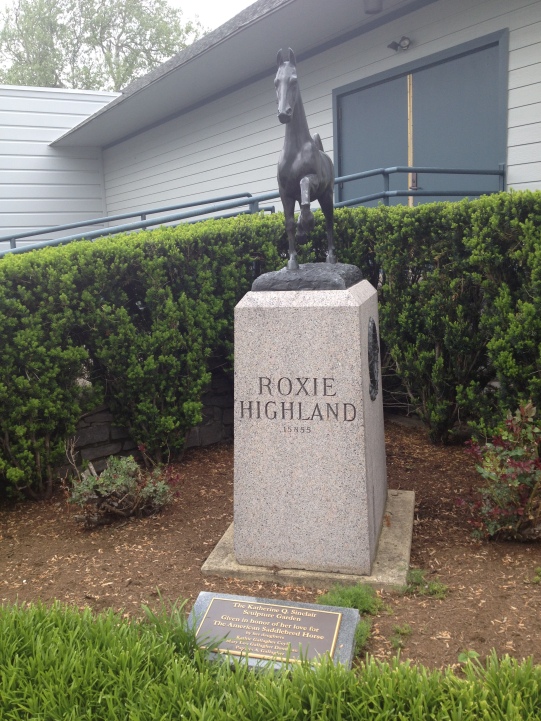 The area is broken into two rooms — the first is a massive collection of personal momentous from trainers including paintings and sculptures they had commissioned of themselves and their favorite horses, 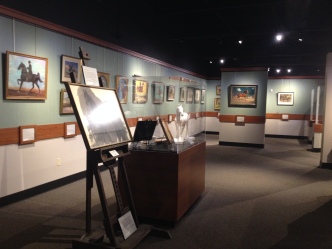 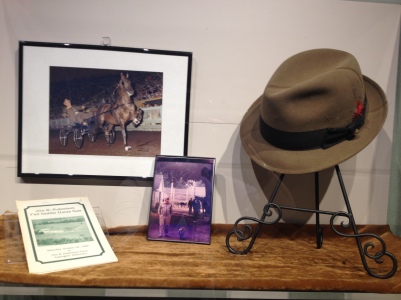 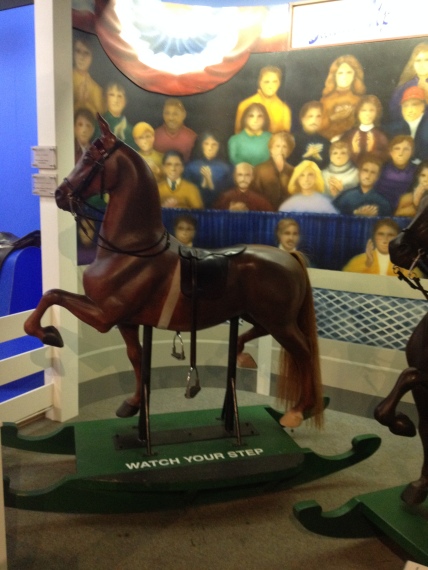 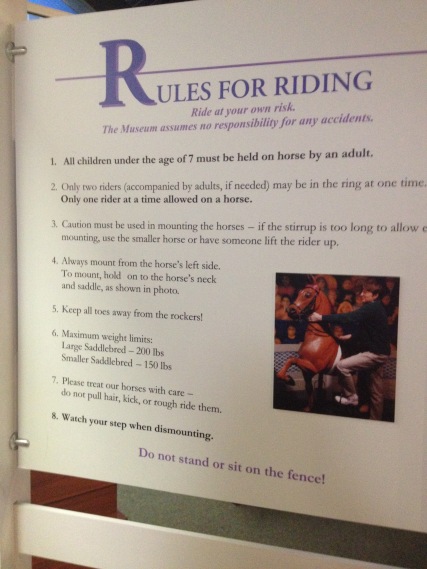 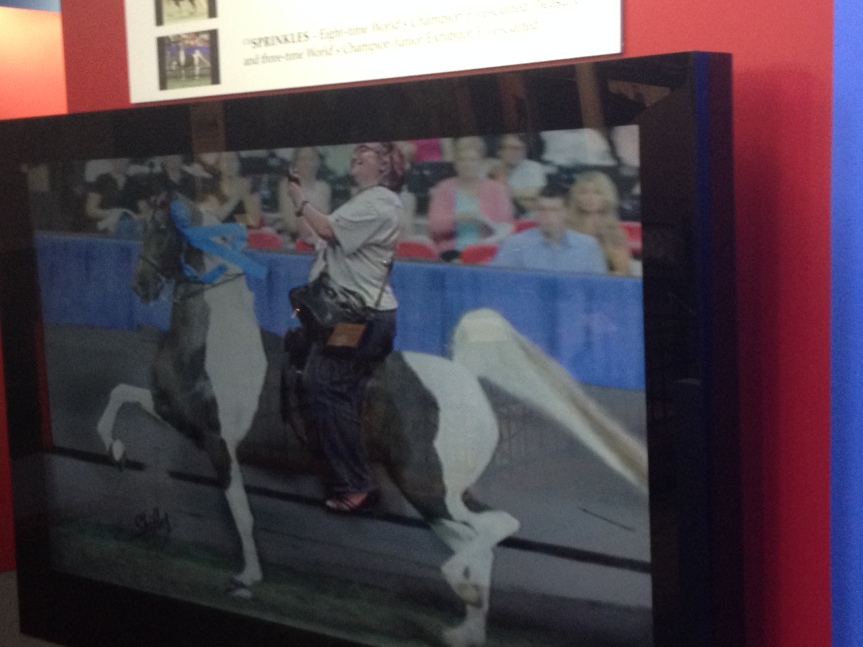 There are two full documentaries (which I have a feeling they had specially made), one about the horses the museum honors and another about the forgotten history of black trainers who didn’t receive any recognition before the 1970’s. According to the film the color barrier didn’t just apply to people; one of the stories the film told was about a horse that wasn’t winning awards because of her odd color (silver), so her trainer — who was a person of color himself, dyed her brown instead of silver and changed her name to painted lady, and she began winning. 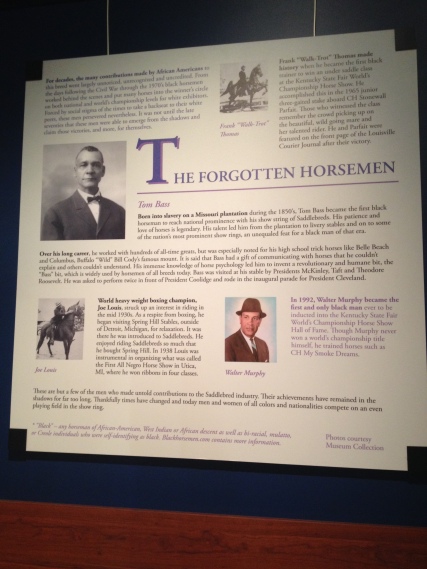 The movie that was just about the horses, their history, and why these people love them, includes an interview with the actor William Shatner (of Star Trek fame, again, GEEK) …