Cuba Missouri is yet another small town that has discovered the economic value of public art. It is the largest city in its county, with a population smaller than my high school had when I graduated, and yet it’s on every “MUST SEE” list for travelers traversing Route 66. 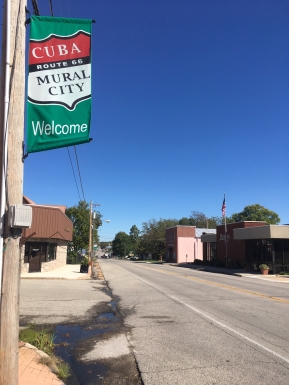 A local bank funded the “Viva Cuba Project” in 1984 because while trying to lure potential investors into the town, that they were being turned off by the high percentage of eyesores… and realized that a city beautification project was needed in order to spur economic growth. This initially involved businesses investing in beautifying their business and the city investing in trees and shrubs and various landscaping projects. So for instance check out this incredibly cute cafe, The Fourway (Kabobs, salads and fresh foods) in what has to be the cutest re-use of a historic gas station that I’ve seen so far. 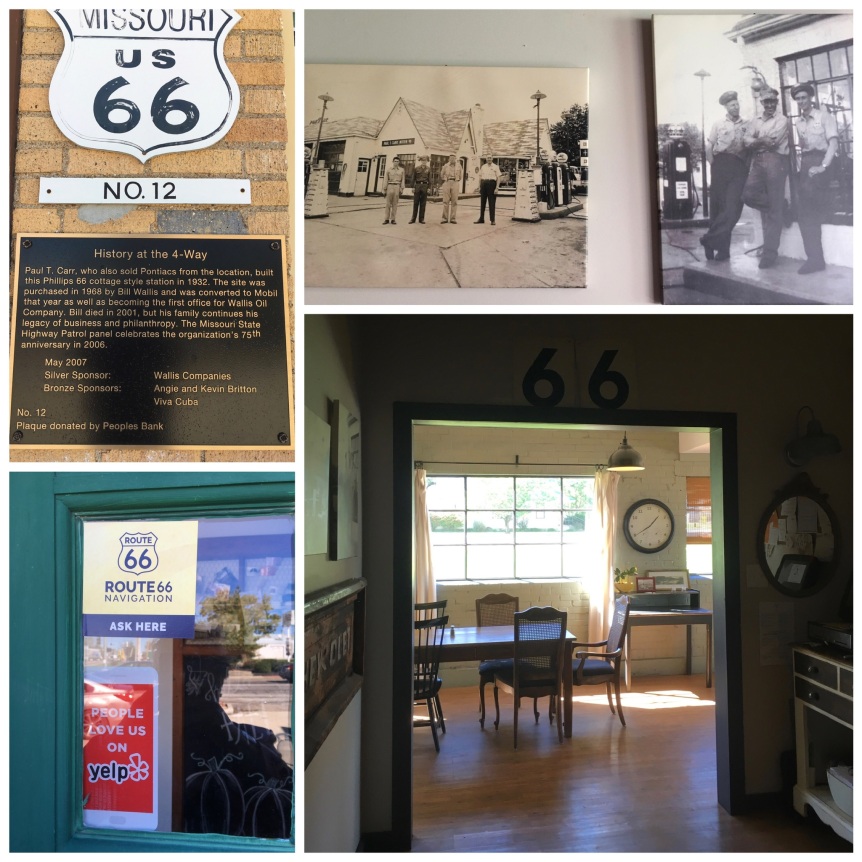 I can’t review it as a restaurant’s food as I didn’t eat here, but I was tempted, SO CUTE

The Mural phase of the city’s beautification project began in 2001 and was completed in 2007. It was the Missouri legislature which designated the city the Mural city or Route 66… which I think a lot of the other small towns on 66 in other states, that have also gone this route, may take issue with. 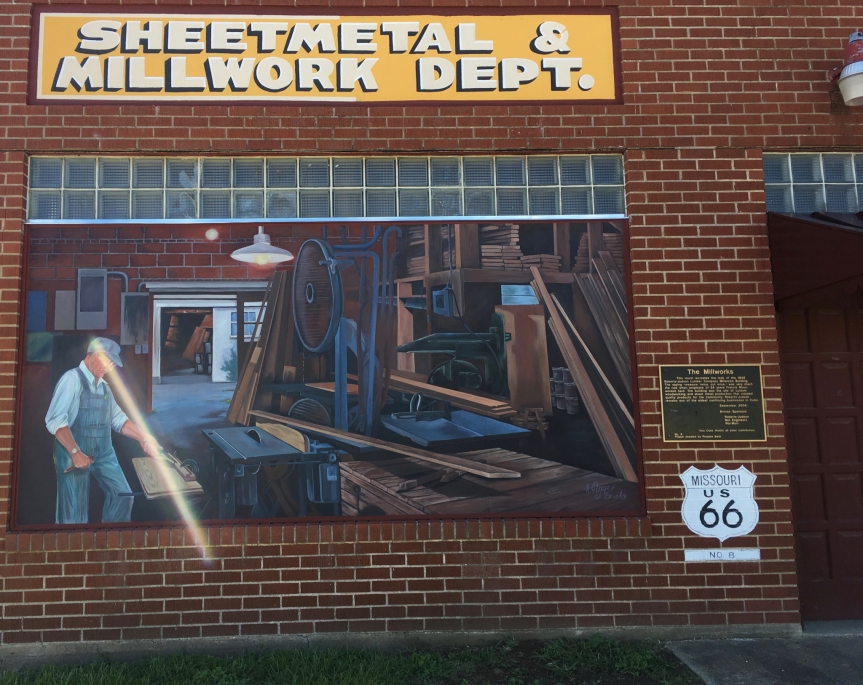 I noticed however that the murals, for the most part, face east…. so the artist is assuming that most visitors who are traveling Route 66 are headed west. 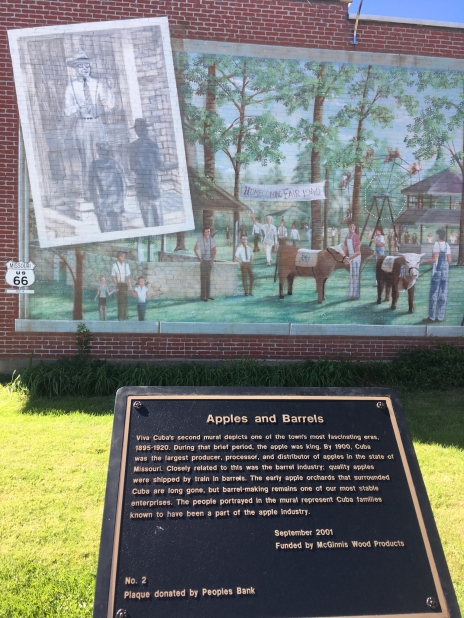