The Berghoff Restaurant is a MUST visit traditional German restaurant in downtown Chicago, which is also one of the city’s landmarks. First opened in 1898 by Herman Joseph Berghoff, a recent immigrant from Germany, this restaurant has been run by successive generations of the founding family until it first closed 2006. Unrecognized by the family, the restaurant was so iconic to Chicago residents that its closing created something of major scandal, with outcries of horror and loss so resounding and vociferous that one of the great-grandchildren of the founders, who had not wanted to run it, changed her mind and reopened it shortly there after. 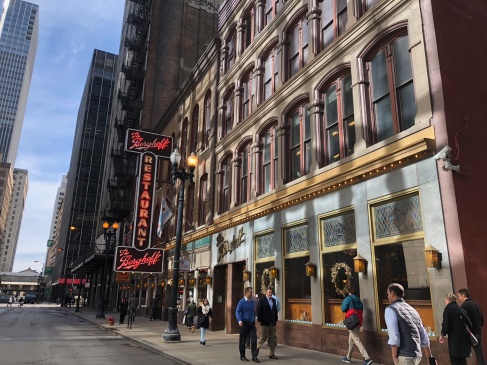 In 2016 that same great-granddaughter (who REALLY had not wanted to run) sold it to her brother, but other than laying off the entire staff and only rehiring the ones who were NOT cantankerous old farts (I will say service has improved MARKEDLY since they did it) nothing has really changed.

They have essentially kept the menu full of its old artery clogging classics, but have added some new newer, healthier options (when people ask me what German food is like I describe it thus, “meat, meat, meat… more meat, a bit more meat… and something white on the side.”). So if you look at the images below it is photos from two different visits one in 2013, with a friend visiting from China, and the other with a one I’ve known my whole life (I actually just went to the Shiva for her mother in law last night) where we got healthy food.

I remember the first time my mom took me here, I couldn’t have been more than seven or eight years old. If you look at the very first image of this post (see above), and look down the street between the tall building you’ll see the roof of what is the Art Institute of Chicago, which is not only one of the FINEST art museums in the world, it’s also my Alma Mater. Every time my mom took me there, that visit was almost always followed up by a meal the Berghoff.

This time, like EVERY other, I got a mug of their Root-beer. I LOVE their root beer, it has a licorice taste to it which you don’t normally find in root beers. That said, during this last visit I noted they were installing a microbrewery INSIDE the restaurant. This place has ALWAYS had their own brew, but I guess having the huge brewing vat sitting in your place makes you a bit trendier (and hopefully more profitable) … but again, no substantial changes. 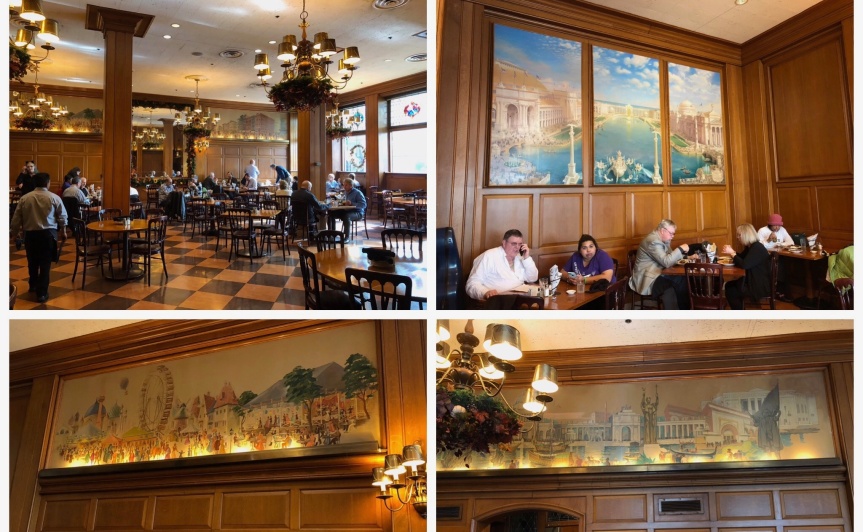 All through the restaurant are murals and photographs of the Chicago world’s fair, including this one bottom left of the ORIGINAL Ferris Wheel (sometimes referred to as the Chicago Wheel), which served as an attraction back in 1893 at the World’s Columbian Exposition, i.e., the White City, i.e., the Chicago world’s fair, which was held along the lake on Chicago South’s side. In its honor Chicago has opened up one on Navy Pier by the lake, which offers some great views of the city

One thing that I had never realized and this is one of my favorite places to go to where I have eaten at my whole life… is that the Adams street, where the Berghoff is located, is also one of the end points for Route 66… who knew? 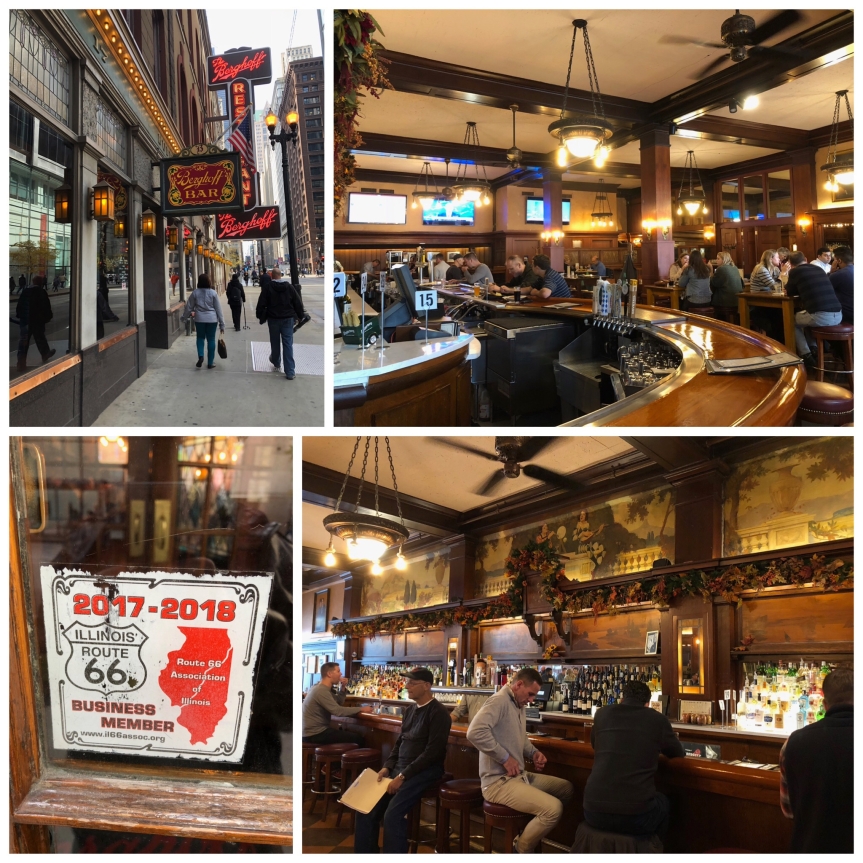