Lou Mitchell’s Restaurant & Bakery located just outside of the loop in Chicago Illinois, is probably the only historic Route 66 eatery to be in the Michelin guide (here’s the link)

In spite of this being a Chicago institution, I think this is probably my very first time eating at Lou Mitchell’s. This is ironic, considering that I was born and raised in the northern suburbs and got my undergraduate degree from the School of the Art Institute of Chicago, which is about a 10 minute walk away. 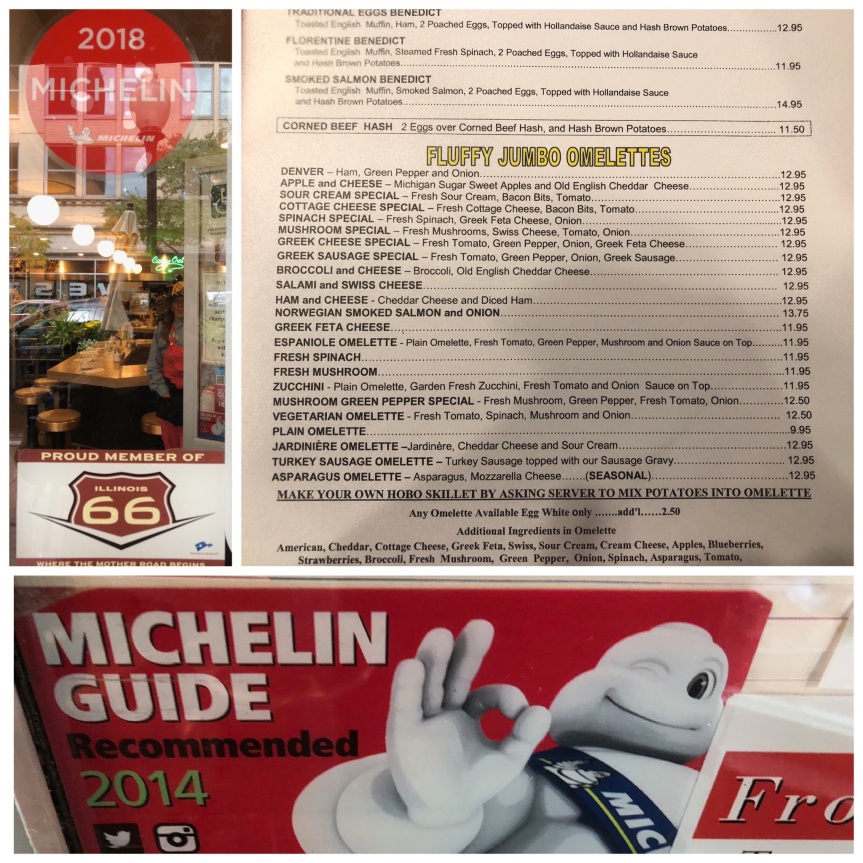 The most likely reason for this is that Lou Mitchell’s only does breakfast and lunch and my family usually came downtown in the evenings, and I ate my lunches during college either in the school cafeteria or at any of the restaurants within a block or two of school. 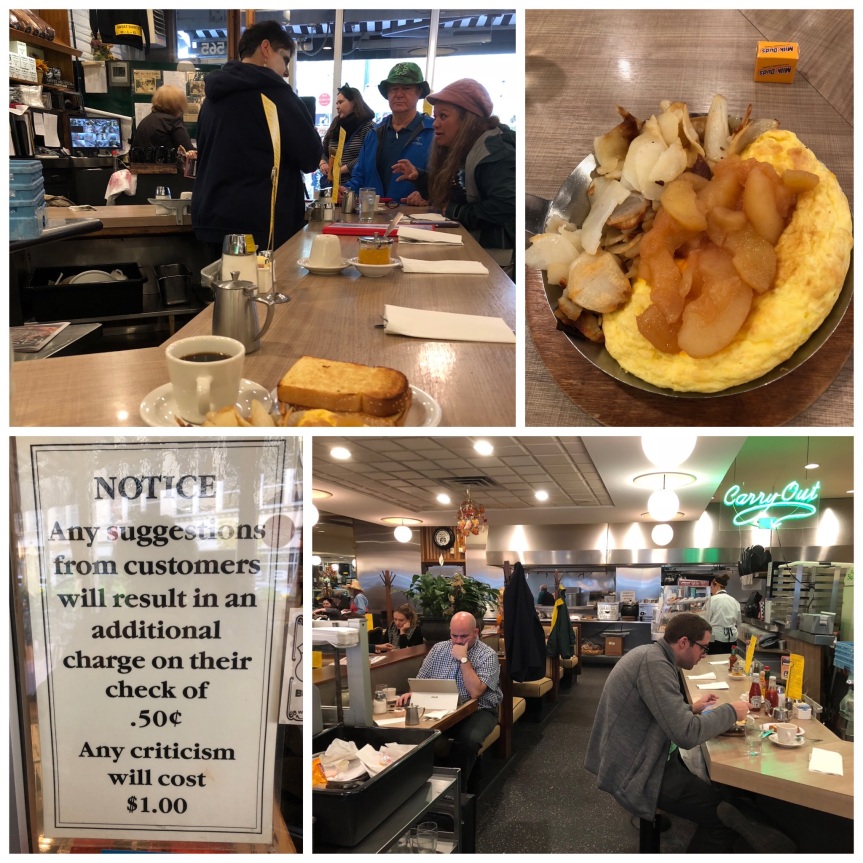 I got the apple and cheddar omelette because I’ve never had one before… which was served with Greek toast (toast made using greek style bread with sesame seeds on it). The omelette is ridiculously fluffy… it’s good.. but would have been better with a much sharper cheddar, and maybe folding the apples INTO the omelette rather than topping it… and I think raw crispy apples that were tart would have been better than cooked 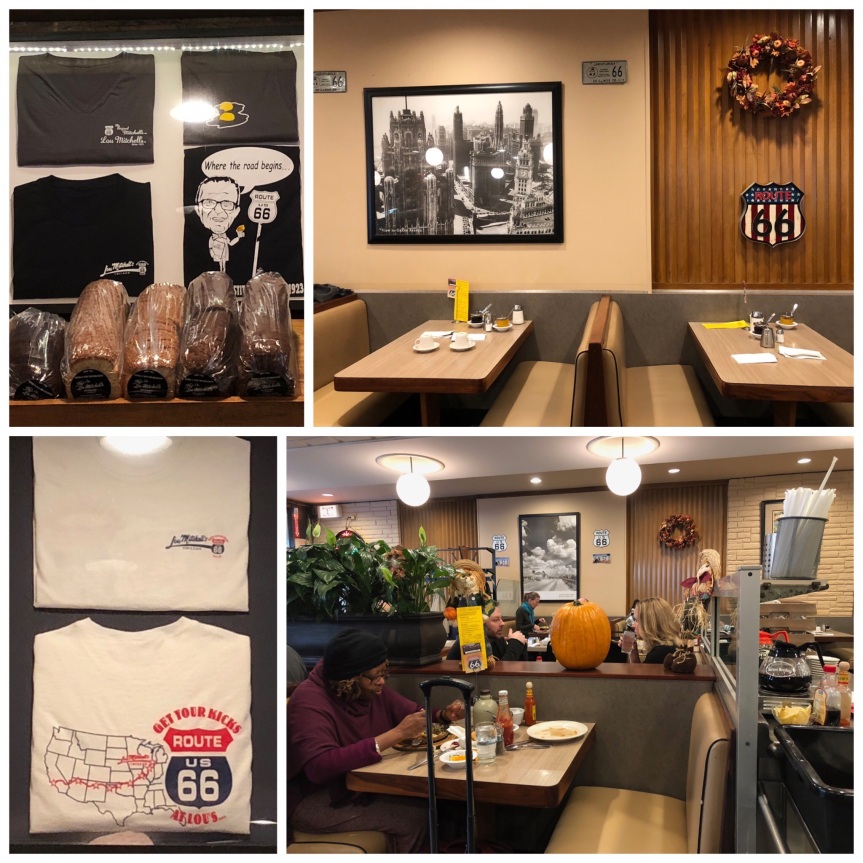