I was driving down 66 (on the left lane) when I saw an exit off the right line for Old 66 and veered over to get to it (no traffic, it was safe), and came across this Pryor Creek Bridge, which was built in 1926, and I think it’s questionable that it is wide enough for two modern cars. 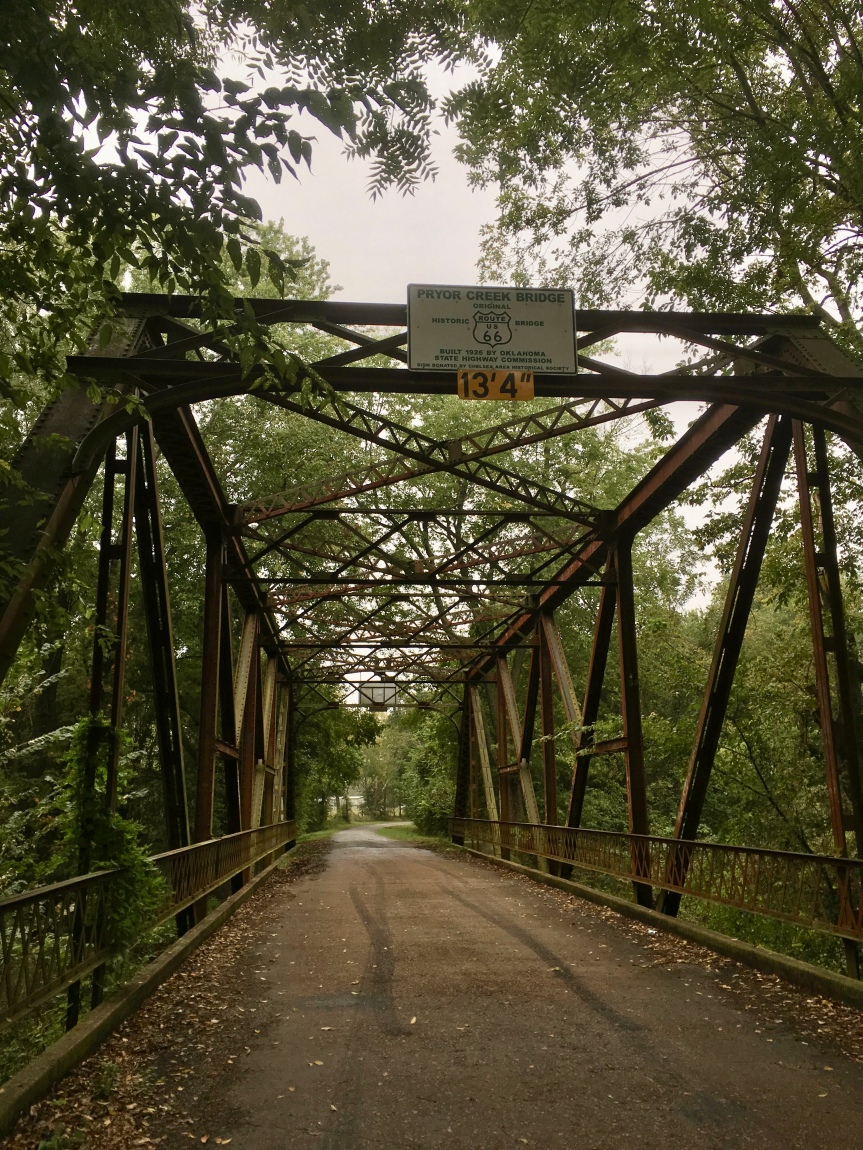 Almost as soon as I got there there another driver pulled in right after me. He first asked if I was all right, he’d seen me veer than stop. I assured him I was, just being a tourist. Then he took this picture for me.

Turned out he was a fellow Route 66 traveler … in fact this was his third time doing it, and he suggested an app for me should I ever want to do it again. Apparently this guy lives a lifestyle similar to my own and has even had bumper stickers made to that effect that he hands out to people he meets.

None of the maps I’ve looked at mark this road as having been 66, the blue line NS-426 is what my GPS in my car saw, and see below for what google sees