Cadillac Ranch is one of those classic American public art works that everyone has seen in pictures, and of course its been on my list of things to see in person. The fact that it was cold and VERY wet and muddy, kind of added to the fun 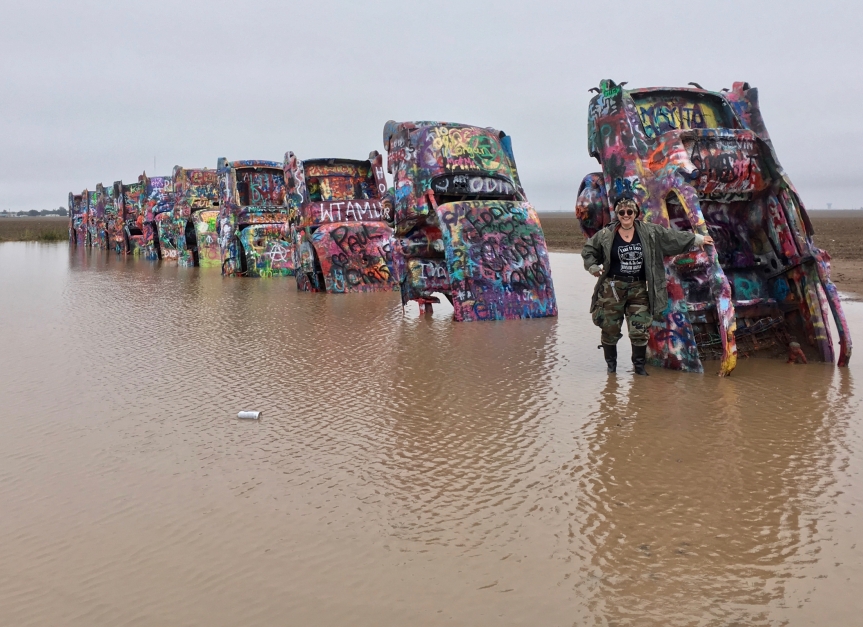 Finding this was a little bit problematic. My GPS for my car had no idea where it was, and the address I had for it, the program didn’t recognize… but, as I was on I-40 there was internet, so Google maps to the rescue. It’s located between two off-ramps, so I took the one to the west of it, which brings you to a gas station. There I found a plethora of folks who had just come from there (and not one group of them either). I talked to a couple in the car parked next to me, and they assured me I was in the right place and it was about a half mile down the road and I couldn’t miss it because of how many cars were parked there. 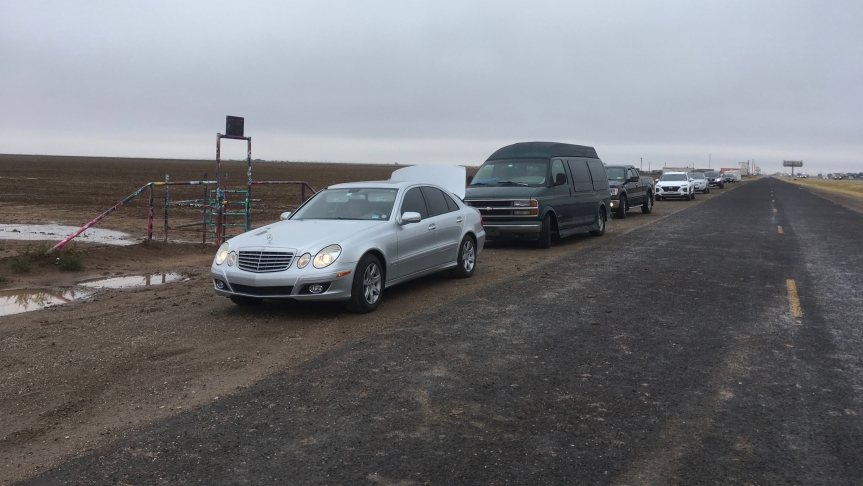 In something I had read on one of the travel sites I had referenced before starting my Route 66 trek, a writer had warned that if it’s wet, the mud becomes like tar and almost impossible to get off your shoes afterwards. For the last four years I’ve been schlepping around a pair of rubber boats for JUST such an occasion (and yes this does mean I had the boots in my car back in 2016 in Canada at the boat graveyard when the muck had actually pulled my shoes off my feet, only I’d forgotten they were there). 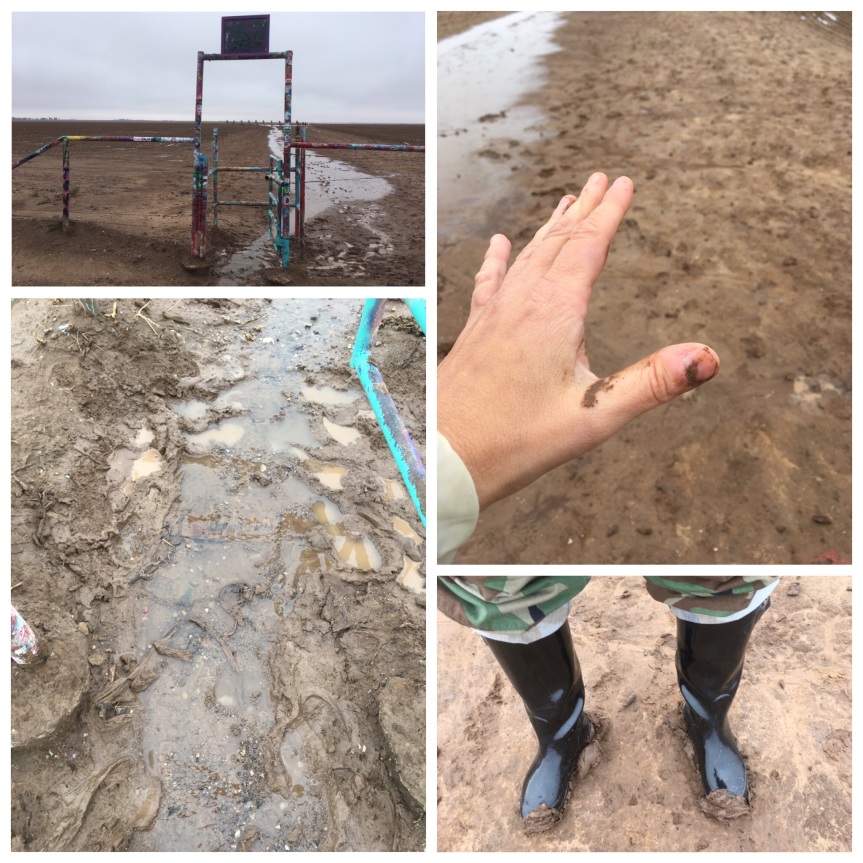 Although some folks opt to take their shoes off and just kind of go for it… like this girl did… but it was raining and 48 F, what WAS she thinking… 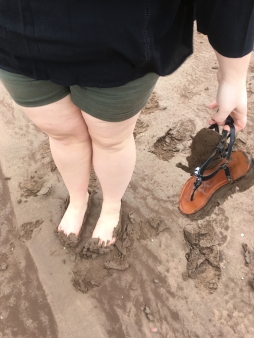 It turned out this was a very good thing because in order to access the site you have to go through this gate, and because everyone takes a fairly similar path to the site, the ground is lower along the path and fills up with water, becoming a bog it’s very difficult to avoid stepping into, especially if like me you’re not sprightly. 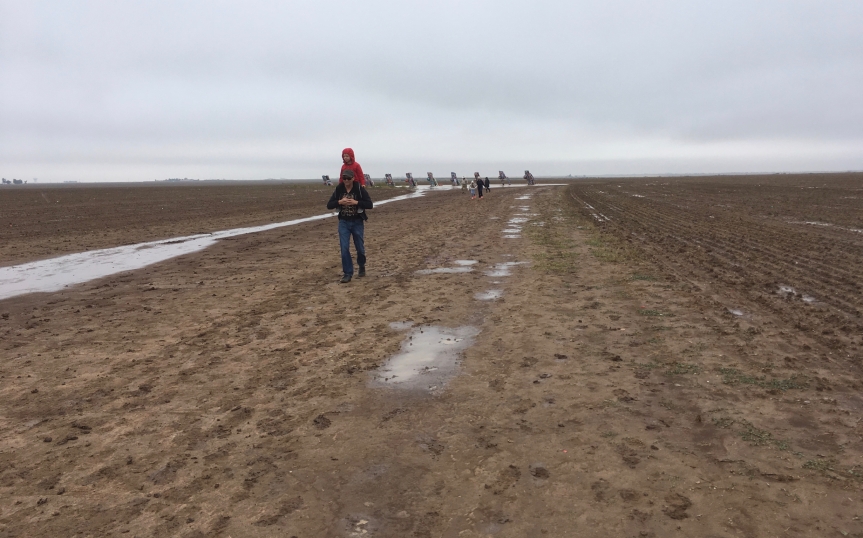 Over the years the piece has become interactive, not just with the elements, but also with the viewers, which is tacitly encouraged by the artist who created (aka the permanently  unlocked gate). 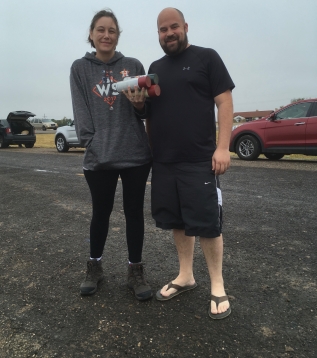 People bring cans of paint to use, but most times don’t use all of it and leave behind half used cans for the next person… 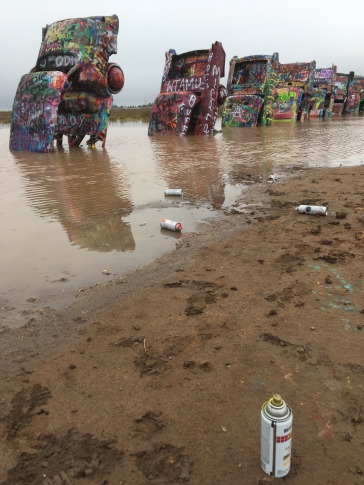 although others will come through from time to time looking for the empty cans and disposing of them.