I have begun my route 66 road trip!!! Only, I’m doing it backwards from California rather than starting in chicago like the song does.

Rather than beginning it on the Santa Monica Pier, which is where the powers that be want you to begin, I started my trek on the 2nd historic beginning of the route (the furthest end point). Namely, I started on the corner of Lincoln and Olympic Blvd — adjacent to the freeway, and a walking distance from the pier. That said, I could not find any markers there…. (I THINK there may be two Lincolns and Olympics, one on either side of the freeway, with Lincoln being one way on each side… the sign MAY have been on the other side.) 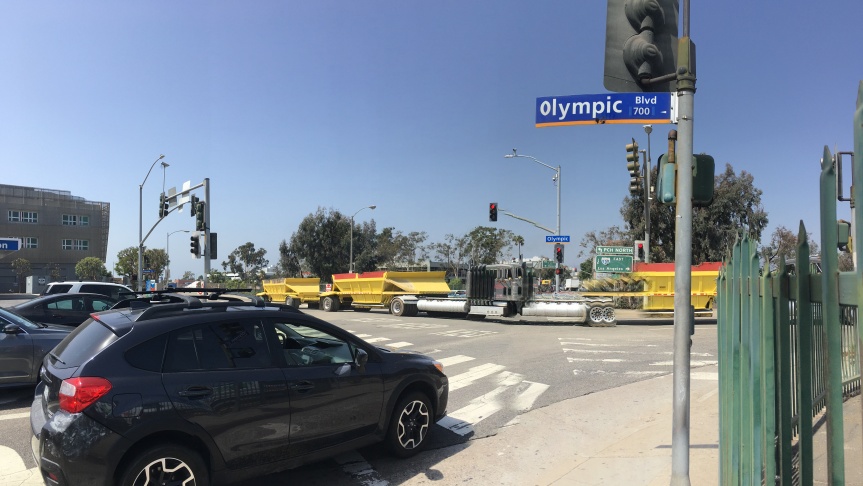 That said, the ORIGINAL ending point didn’t make it past the corner of 7th and Broadway in downtown Los Angeles. It only extended to Santa Monica as the greater LA area grew, with Santa Monica being a desirable location to live and downtown LA degenerating into a massive skid row (There are over 60,000 homeless living in LA county, and they’ve created a tent city in downtown LA takes over 50 square blocks, HUGE! With only nine toilets per 2,000 people…. If you’ve never seen it, I suggest watching this video)

This is clearly NOT what tourism officials want tourists focusing on… So Santa Monica is a MUCH nicer start….  I made my way to the Pier in order to get the “tourist” aspect

This couple from Germany was just finishing up their Route 66 trip, and were strongly advising this book to me, which this shop called 66-To-Cali had for sale… I gave it a look. I think it’s more useful if you have TWO people and one person can follow the book giving directions to the driver. So, not so good for me. I HAD wanted to buy the California 66 end of the trail T-shirt but they run VERY SMALL and they didn’t have one my size.

A video I took while there

Then I started the drive, stopping to take snaps of various “Historic 66” signs along the way…

So far for the MOST part I managed to stay on the road with one hick-up when approaching Pasadena where I got off the Arroyo Seco Parkway (110/66) too early…. which is sad because it turns right into Route 66 at its end. 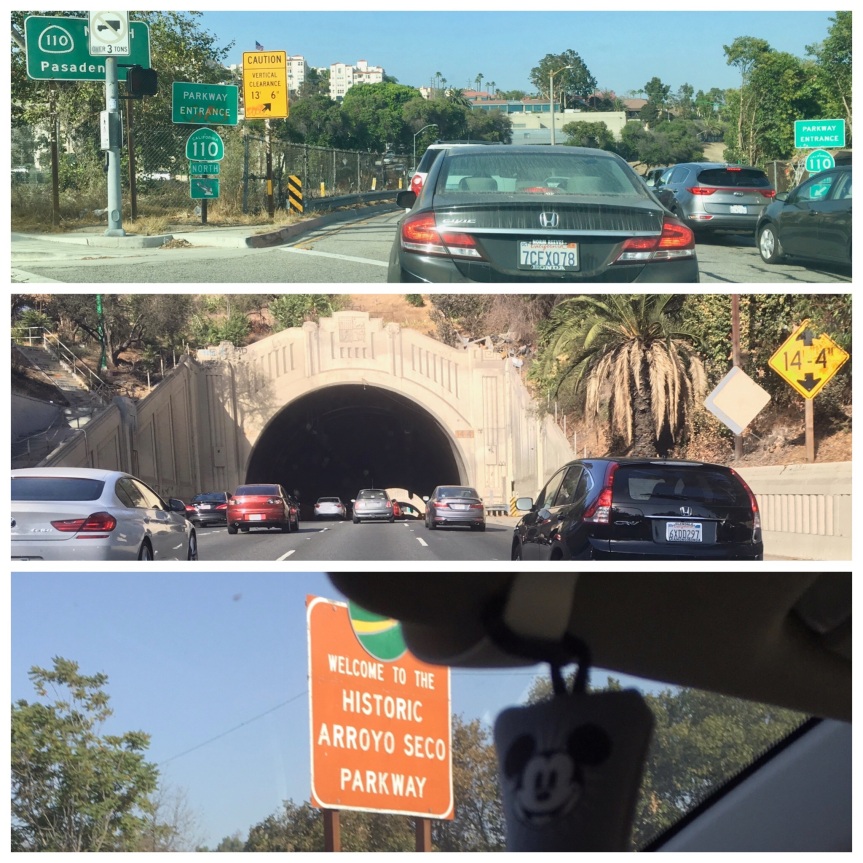 I had used Google maps to chart out 66, then found landmark addresses (some of them just being local business of no import) and plugged them in … problem is I think I ultimately plugged it into my GPS system wrong because of two very similarly named roads (Blvd vs St. vs Rd type issues).

The view of the mountains north of Pasadena from E. Colorado Blvd/W. Historic Rt 66 near N. Hill Ave 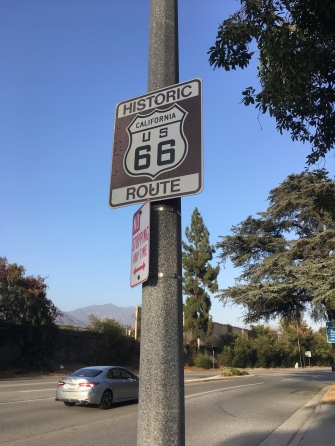 This sign was on E. Colorado Blvd Arcadia, in front of Coco’s Bakery Restaurant (I used their rest room)

At this point it was getting dark, and my stop for the night was at the historic Wigwam Motel in San Bernardino — see the blog post about that — which is family owned and if you don’t get there by 8pm you need to call and tell them or they’ll give away your room, and you’re expected to show up at a decent hour… so I stopped taking photos and just drove the next 40 minutes with no stops

And then, after I checked in, I went to get my dinner in San Bernardino was a place that had the most reviews/highest— it was an all day breakfast with dinner till 10pm. Everything I had tasted homemade —Corky’s Open 24 Hrs Rialto, CA 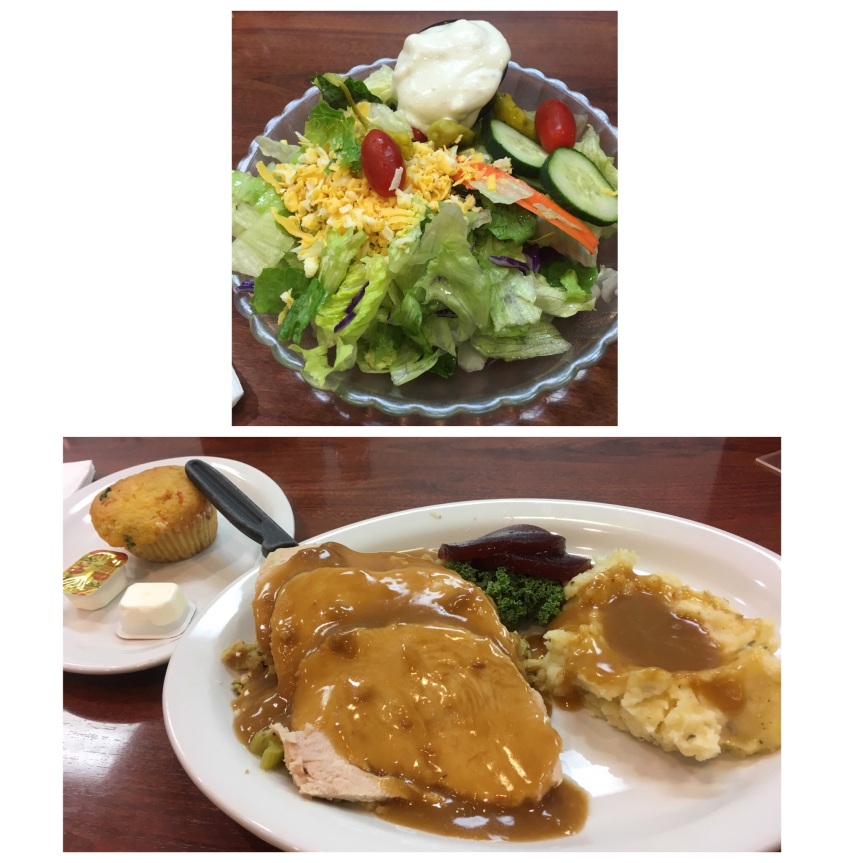