You wouldn’t think it, but Daylesford is actually a major tourist destination in Australia. By all appearances it’s just another small Australian town, indistinguishable from many of the other small towns in the area… but it has the advantage of sitting on the edge of what is now an extinct volcano, and as such it is one of the few natural spa towns in the country… known for it’s 65 naturally effervescent (bubbling) springs. Among its many attractions, is a historic (and haunted) nun’s convent that has been converted into an art gallery and wedding venue.

(Based simply on how the people in the town preferred to dress — unstructured simple flowy garments made from natural materials, I told my hostess that I felt like I was back in Mill Valley, CA — a highly affluent town just north of San Francisco known for its concentration of New Agers, movie stars and retired Hippies … to which my friend responded that I had perceived correctly, as this town has very similar demographics, and has an Ashram a Yogi, etc) 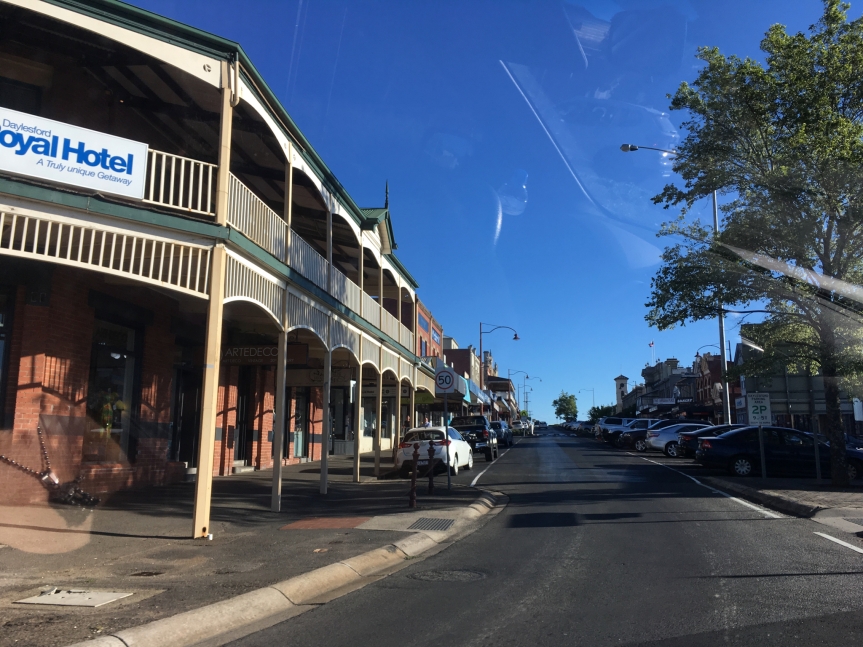 I was brought here by the friend I stayed with for two weeks in Ballarat. She is a woman of many talents: a former nurse, a real estate agent, an entrepreneur, and about once a month she guides collections of tourists through this convent, as she is also a psychic and medium, a talent she has had since her early childhood.

[NOTE: That said, I’m writing this blog post well AFTER my visit so I’m a bit vague on the details of what ghosts were where. I came here on February 9, 2018… only about two weeks after my accident that had resulted in a sever concussion … but a good 6 months later, and as I’m currently holed up in the Chicago area (i.e., my home base) doing things like doctor’s visits — including some related to the post concussive syndrome which I am STILL suffering from (albeit very mildly at this point, thankfully) and the fact that I hit the ground so hard that I dislocated my jaw (requiring some expensive visits to my dentist who is trying to fix the damage) —  I am taking the opportunity of being back on my home turf to rectify that lapse.]

As we were driving around my friend told me that this is the second gay capital of Australia (Sydney being the first), and based on the number of rainbow flags I was seeing I don’t doubt it. She said that there are more gay people than straight people in Daylesford. 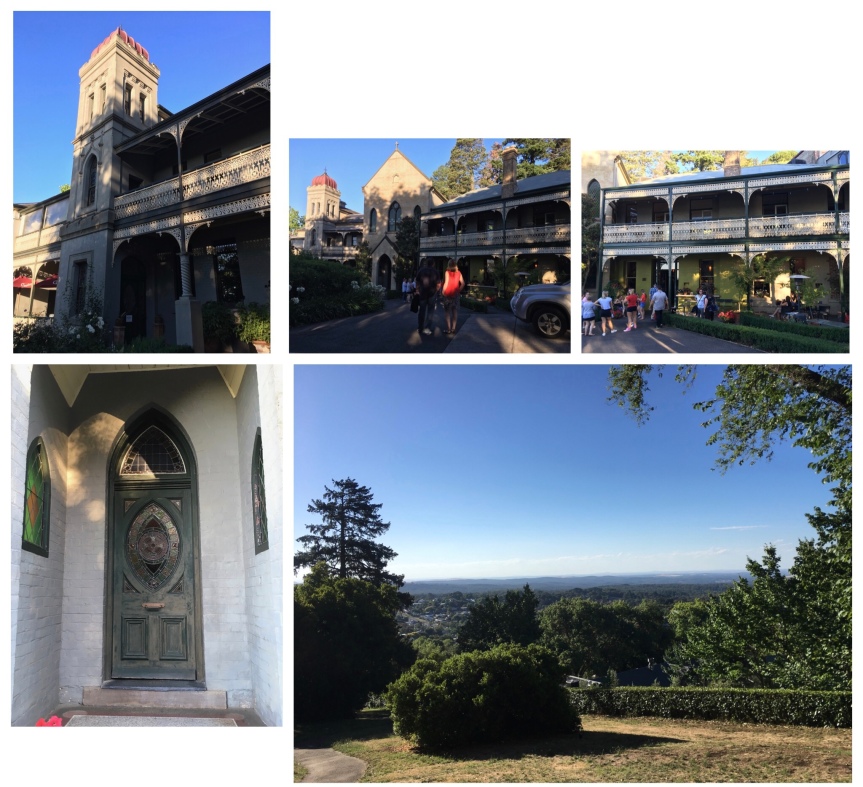 We came to this former convent, which during the day triple duties as an art gallery, a wedding venue, and a hotel ….. because in the evenings is when its fourth duty comes into play, as a haunted structure… and my friend has been hired (because of her particular talent), to lead a ghost tour here on a similar regular basis. That said, the woman who normally comes and helps her lead the groups through the structure couldn’t be there that night, so since I had asked if I could come see the place (anyway) she’d tasked me with walking at the end of the group and making sure there were no stragglers (or folks who were breaking the rules and taping the tour without prior permission — photos are allowed). 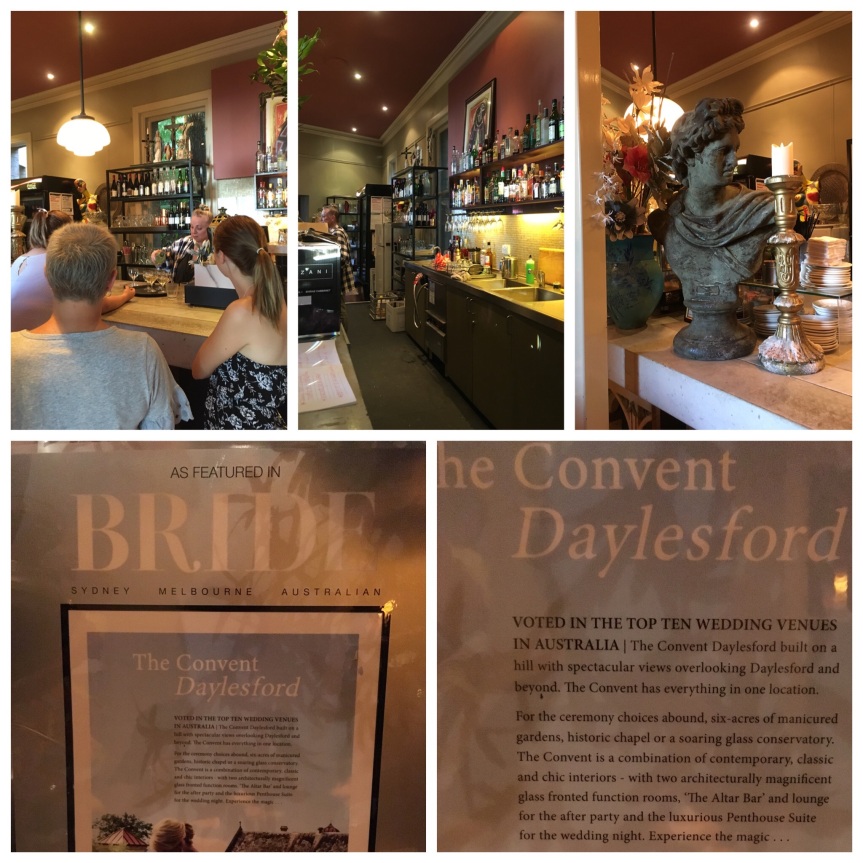 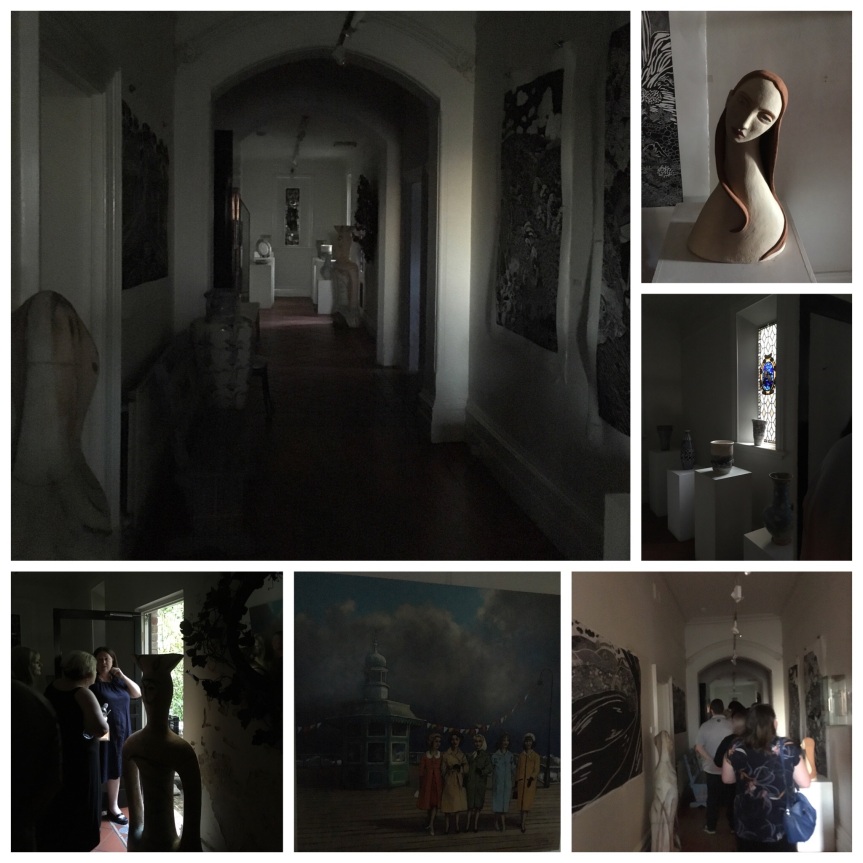 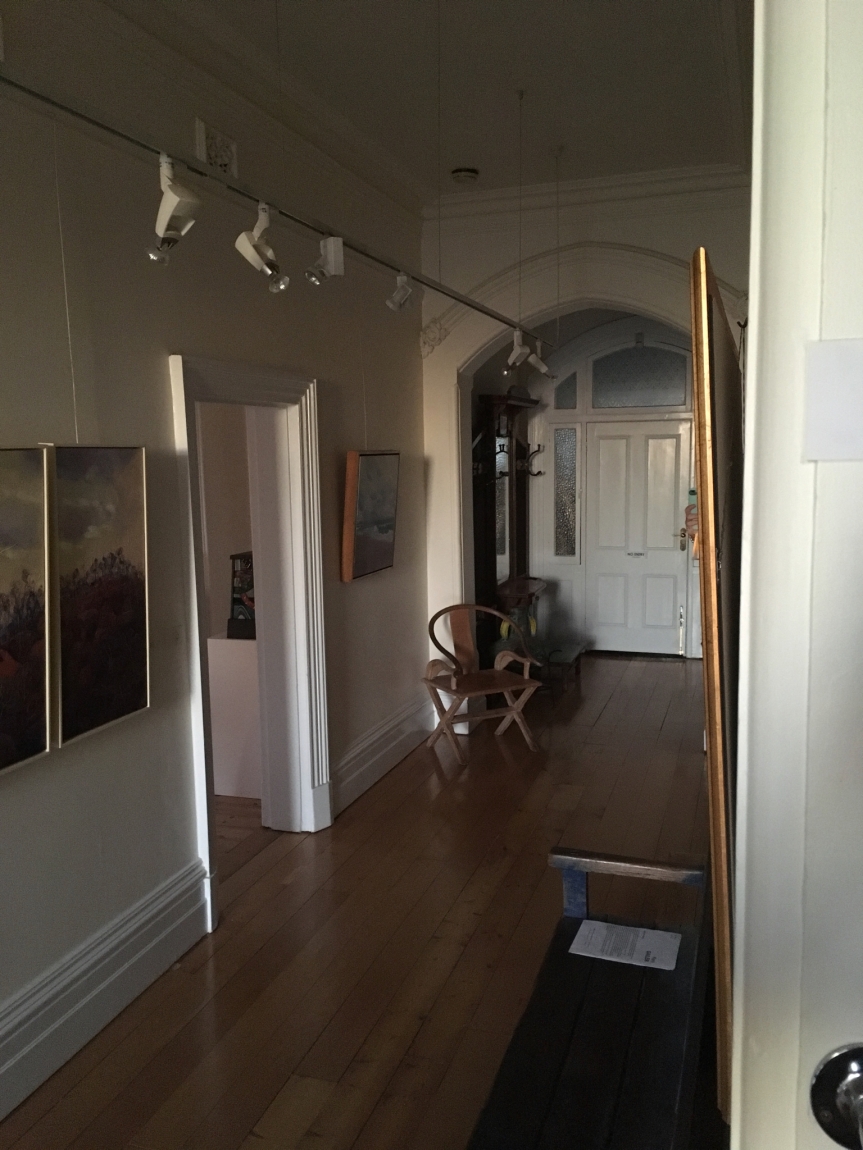 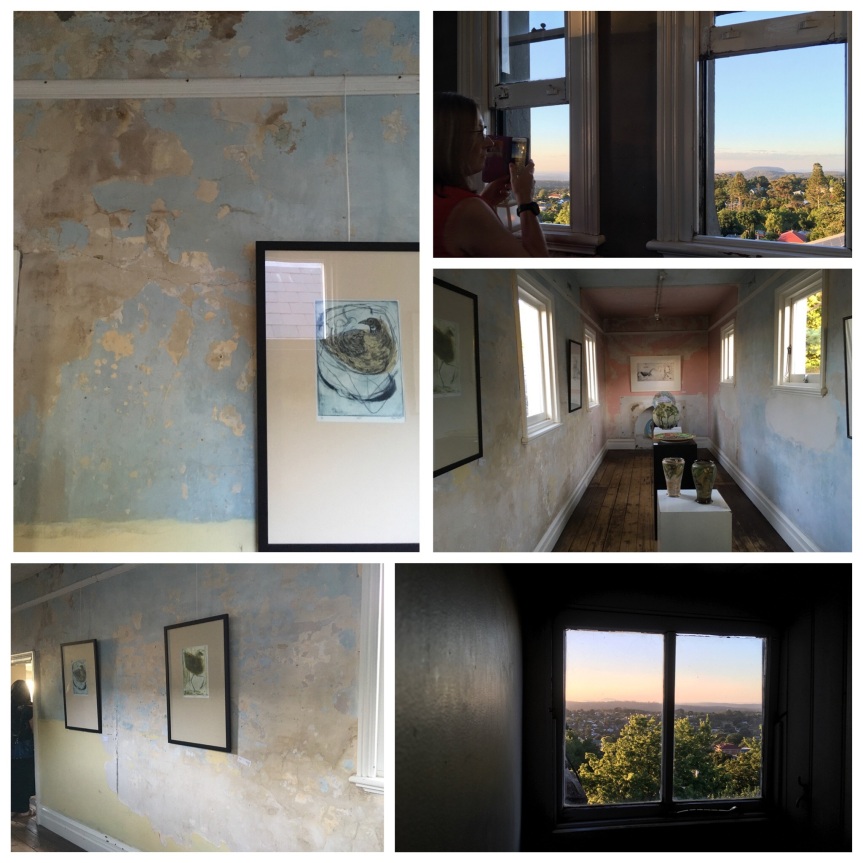 This top floor of building was used as a hospital ward at one point, and she had interesting details to share of how the nuns managed this (getting the bodies up and down, etc.). 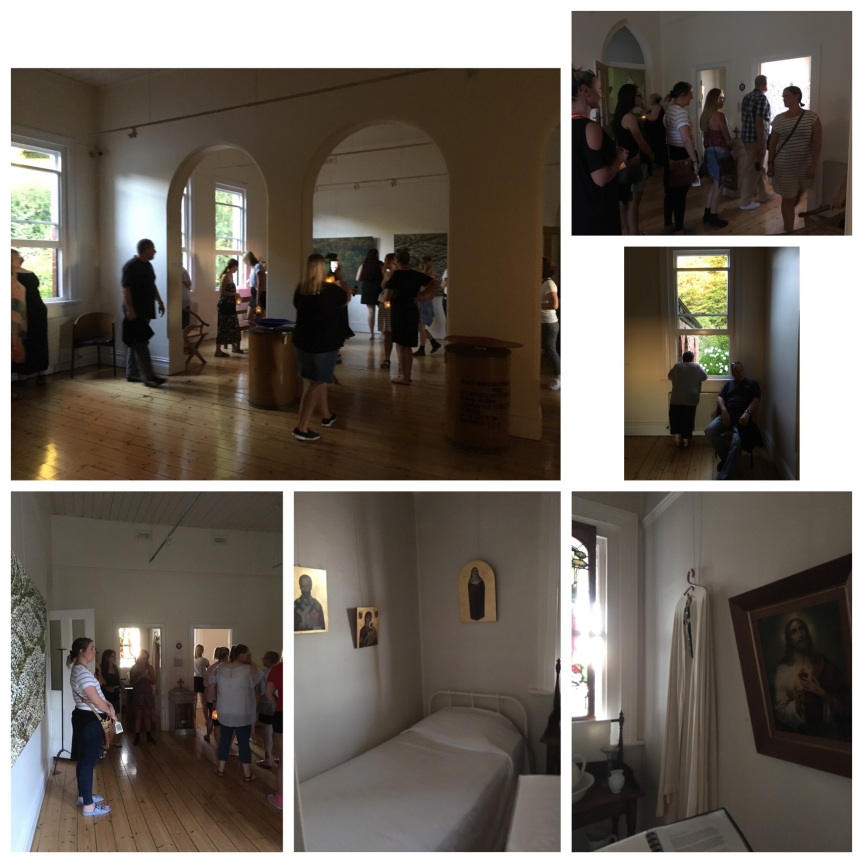 These small rooms off of the larger main rooms were nuns bedrooms. One of them in particular, the one everyone is lining up to get into… is haunted by the ghost of a woman who (I think) had committed suicide there, or some such… (I’m really very blurry on the details at this point — it’s 6 month later — of the specifics of her story, but my friend explained it at great length…I remember it was very interesting and sad) 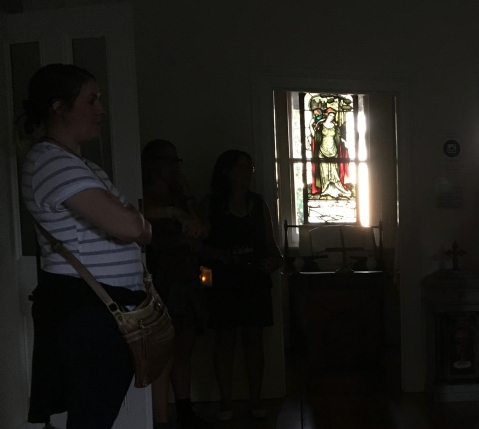 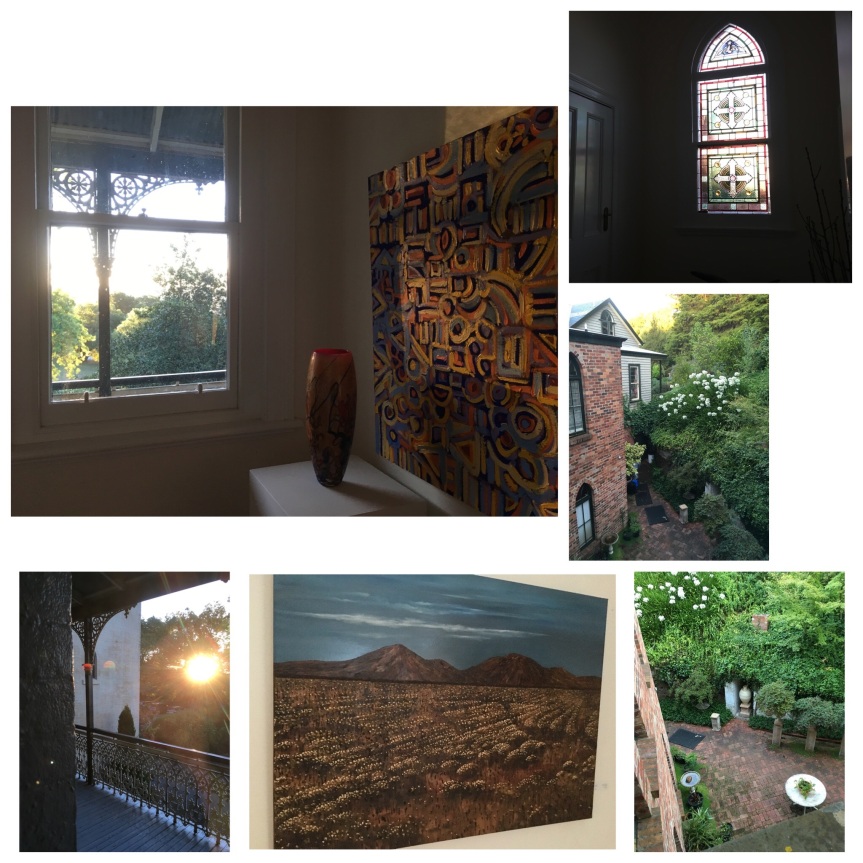 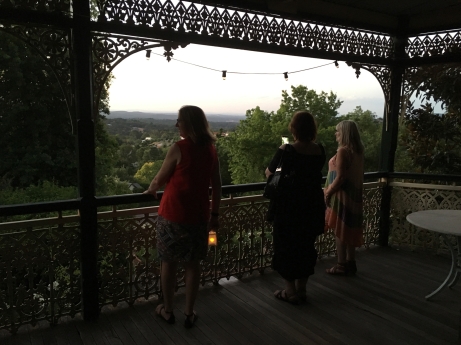 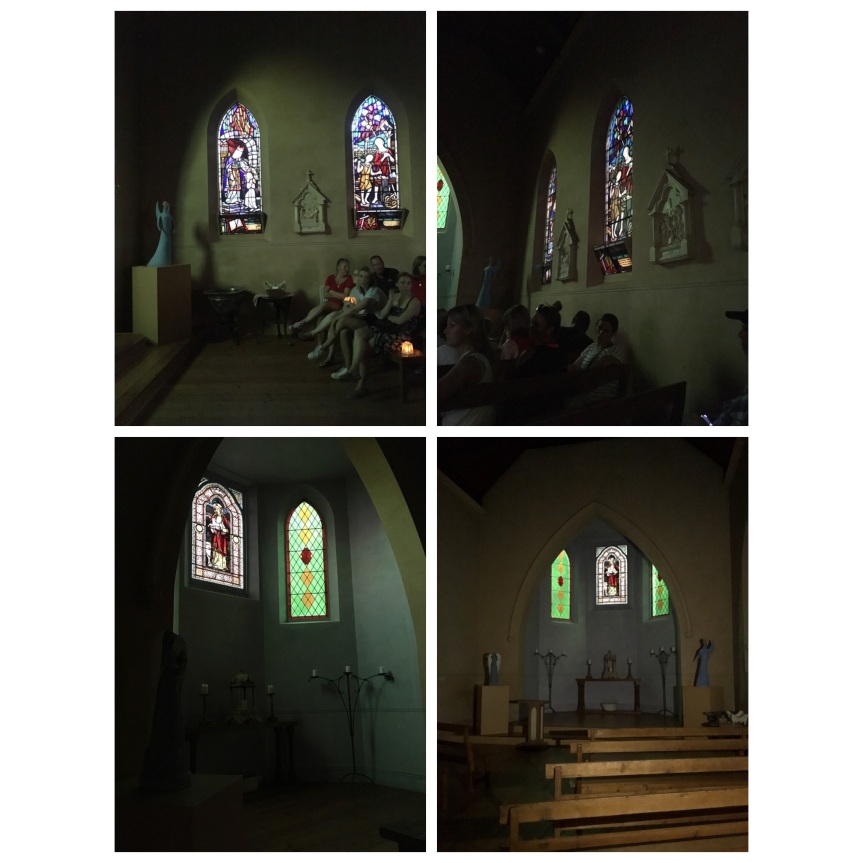 I think I remember she said that this church part of the convent was haunted by a former Priest, or maybe it was the head nun… again, I’m very foggy on the details so I suggest if you’re in town you take her tour. 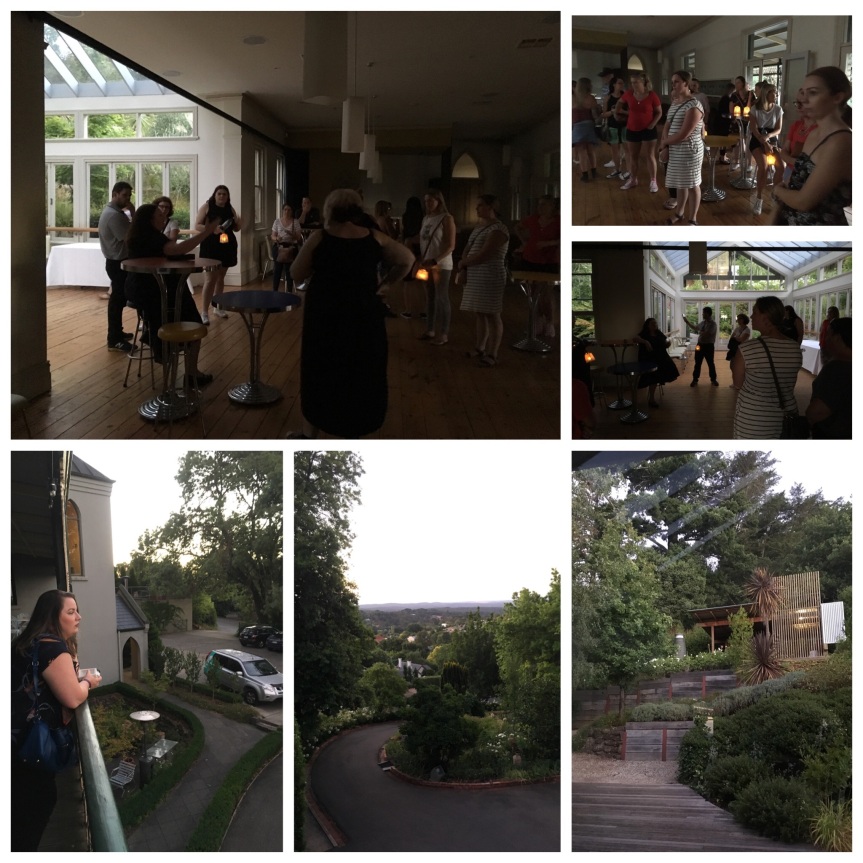 At this point my friend was giving a very long story, and I was getting tired and wasn’t paying close attention anymore, and was focusing mostly on taking pictures… but as you can see more of the tour group were riveted on what she was saying 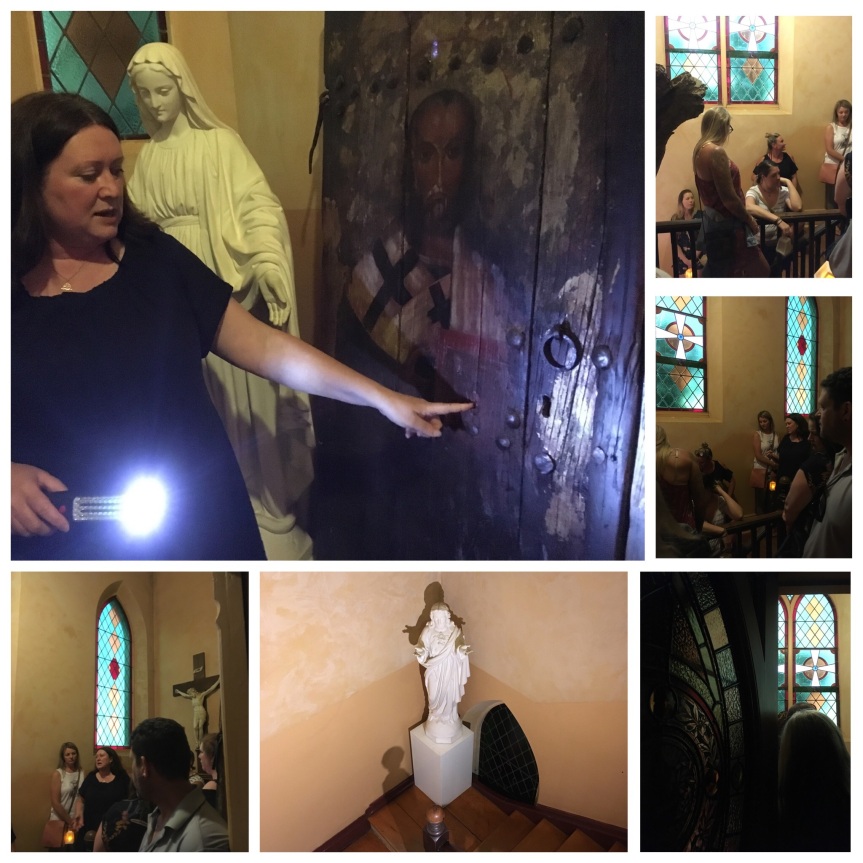 This painted door, according to my friend, has a particular energy embedded into it, which both my friend and another psychic both had felt independently (I forget what it was, again, you should sign up for the tour to find out), and she was explaining about that during the picture above. She was also leading us into the basement which had been used for some horrible purposes over the years, lots of ghosts… and while we were down there a lot of people who were on the tour came out of there having experienced something…