In a similar way to the tiny rural town of Riverside, Iowa (Population 993), having its monument in honor of the future birth of Star Trek‘s James T. Kirk, the slightly larger rural town of Taihape, New Zealand (NZ), population 1,730, has a giant “Gumboot” (Kiwi for a rubber boot) in honor of its fictional hometown TV character, a farmer by the name of Fred Dagg. 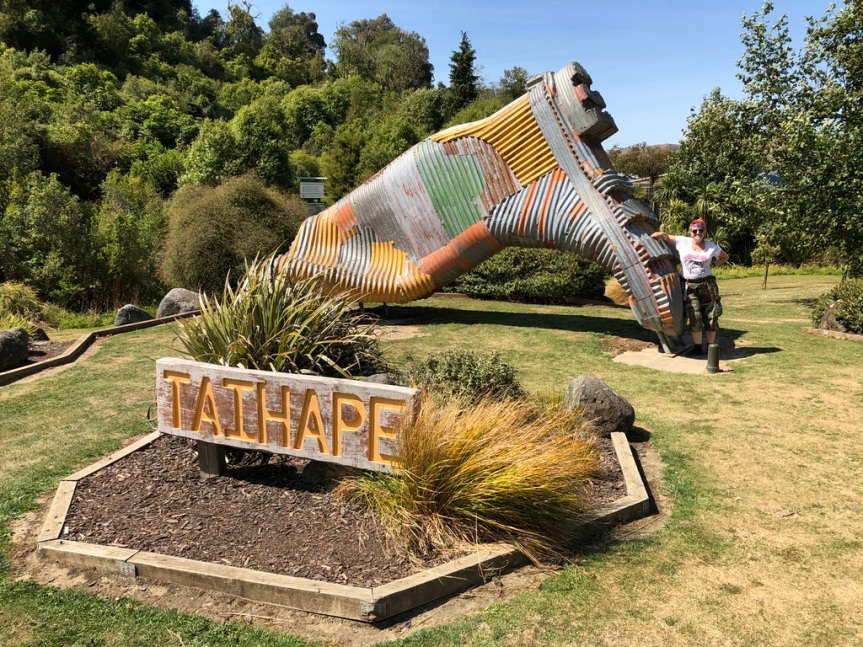 Created by a NZ satirist by the name of  John Clarke, in the 1970’s, the Dagg character — known for wearing his Gumboot’s 24 hours a day (even in bed and in the shower) was designed to represent and make fun of the stereotypical NZ farmers, who lived in NZ’s stereotypically isolated farming towns.

Once he unveiled Dagg on national TV in 1975 the character made Clarke a national star. And as he had chosen Taihape as that hometown for his character, and the town owned that claim to fame with a will. Not only have they declared themselves the Gumboot Capital of the World, but they also have a yearly Gumboot Day, where contestants compete to see who can throw a gumboot the farthest, and who can wear them and look the dashing while doing it.

As in nearby Tiarau, NZ, where corrugated galvanised iron was used to construct the Big Sheepdog, Ewe & Ram buildings, the Gumboot is also crafted from the same material, which New Zealanders seem to have a sort of love affair with. 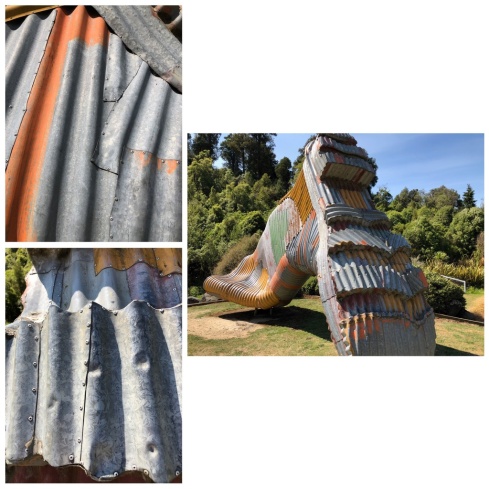 And just for kicks, some of Fred Dagg’s Greatest hit songs: