As you’re passing through small town of Marshfield Missouri on Route 66 (population 5,720, so slightly larger than my high school) if you pay attention you’ll realize that within the boundaries of the town the route bears the name of Hubble Drive; this is in honor of the town’s favorite son, the historically important American Astronomer Edwin Hubble (1889-1953)

Hubble is highly respected in the scientific community as one of the most important astronomers of ALL time. He played a CRUCIAL role in establishing the scientific fields of extragalactic astronomy (studying objects OUTSIDE the Milky Way) and observational cosmology (the study of structure and evolution of the universe, not through theory, but through things we can actually see).

And, if you choose to divert just a little bit off 66 to enter the center of town, you’ll find a 1/4 scale replica of the Space Telescope named in his honor (which makes complete sense once you realize who he was and what he did) sitting alongside the town hall. 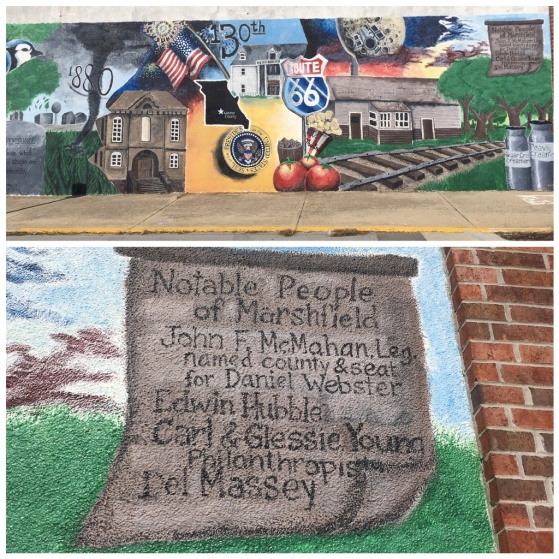 And YET … Webster Country, where Marshfield is located is a deeply Republican area and voted 76.9% in favor of Trump… And Marshfield is 97.8% lily white…. So what do you want to bet that the old guy is turning over in his grave because most of his hometown’s residents believe science is a bad thing? 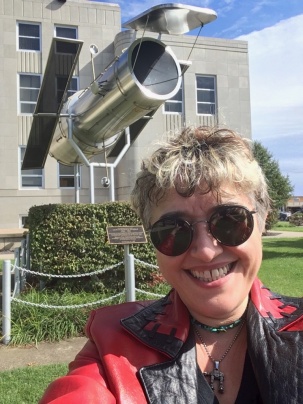