I’ve been to Fair Oaks Dairy restaurants twice now, but have yet to visit their theme park. Apparently, it the ONLY theme park devoted to dairy in the who country. The first time I was in 2015 when I was driving from Chicago to Florida, and spotted the road side advertising for the place (there’s a lot of them, and they are all way cool, MUCH nicer than the shoddy billboards you usually see — when researching this I learned the dairy had been bought out by Coca-cola in 2014), and they are one of the biggest and most high-tech dairies in the country.

Last time I was here I was able to grab a meal at their cheaper food option, which is off on the other side of the parking lot from the restaurant and theme park (above) 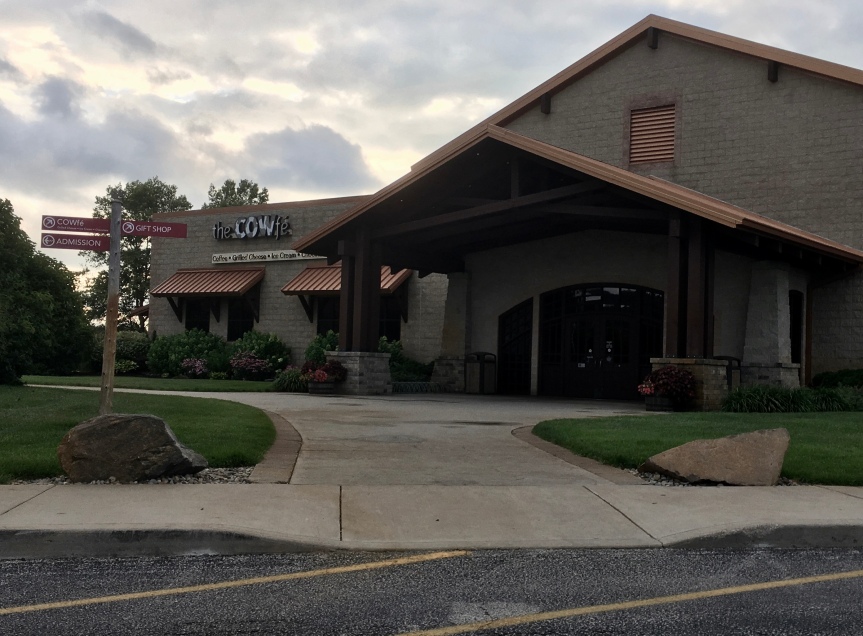 and from what I could tell it’s SOME of the same foods as at their restaurant called ‘The Farmhouse,’ (the cafe has a MUCH smaller menu), for about half the price… I know this because I apparently ordered the same dish both times I’ve been there (hey, I like cuban sandwiches… )

but without the table service, massive order of fries, and the all you can eat jalapeno cornbread… So the Cuban sandwich which was $7.75 at the cafe, is $14 at the restaurant. (I’m also willing to consider that the cafe sandwhich might be a bit smaller in size — I could only eat half of the restaurant’s sandwhich.) Looking at the foods offered, a lot of it is the same stuff you’d expect to find in Appalachia, which is not surprising as the culture extends about this far north.

while walking back out to the parking lot I passed the table where some people who I had gotten friendly with when I entered were sitting, and they allowed me to photograph their food (I was amazed at how MASSIVE their portions were)…

and the woman gave me one her disturbingly large fried chicken wings (I was utterly underwhelmed by it, almost no flavor at all). On my way out of the parking lot I realized that the BP (British Petroleum) gas station adjacent to the Fair Oaks Dairy was actually sort of an extension of it (the gas station store ALSO sells their food). 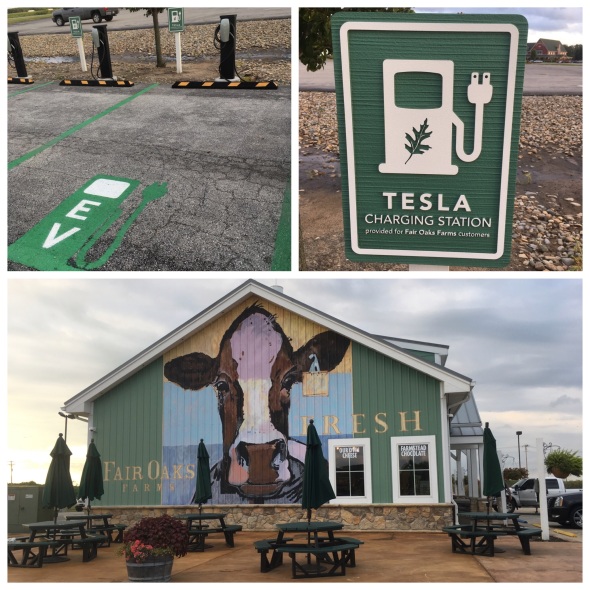 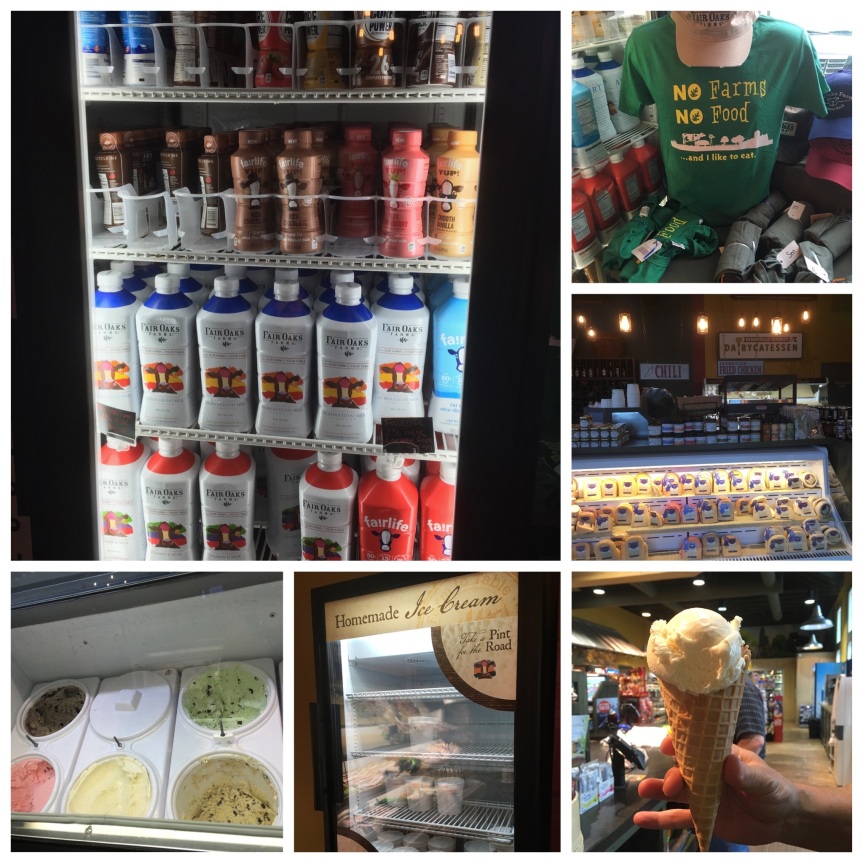