Just like pretty much every town in Australia, Ballarat has a wildlife park where you can get up close and personal (in varying degrees) with Australia’s wildlife. I had avoided the one in Sydney, hoping to actually see them in the wild —  rather than under zoo like conditions — but while convalescing in Ballarat my friend (who used to work as a nurse) convinced me to give her city’s one a try. 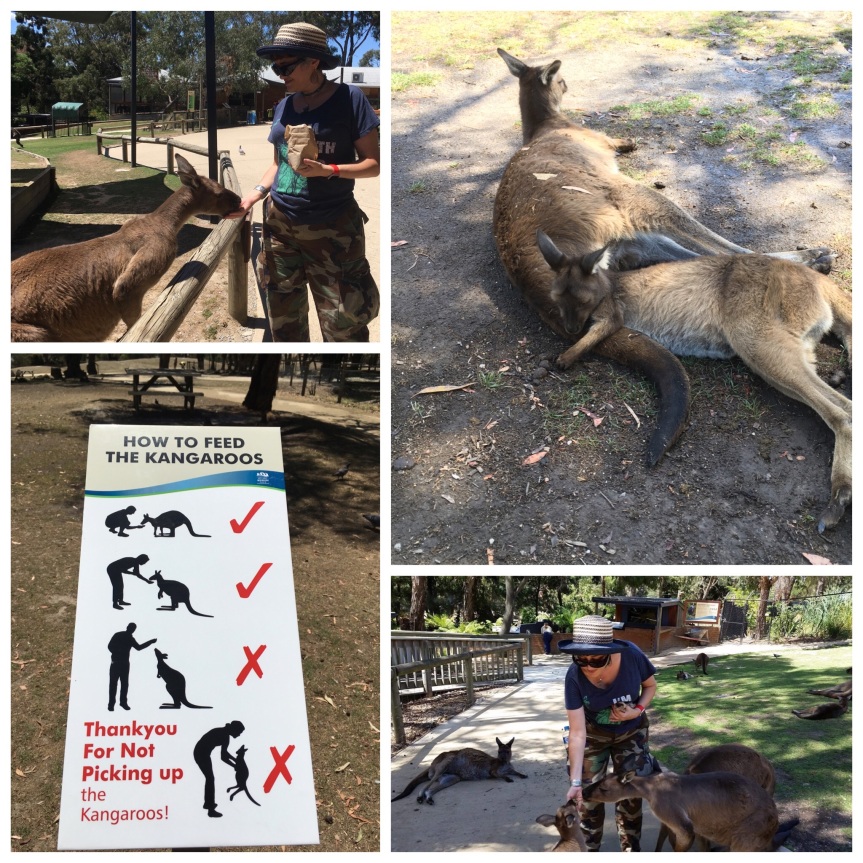 [NOTE: That said, I’m writing this blog post well AFTER my visit. I was at the Ballarat Wildlife Park on Feb. 4th, 2018, only 10 days after my accident that had resulted in a sever concussion … At the time any activity tended to result in this really odd sensation of getting jittery, irritable, and with a sort of sickening tightening in my stomach… and as such if I did go out for an hour or two, that was pretty much all I could manage for the whole day… and I was in a very passive space mentally, and as such I couldn’t write about it then, and I just haven’t gotten around to writing about it till now.  The accident made it impossible to focus my brain the way I needed to in order to blog, and as such I fell woefully behind on the posts the Australia trip … but as I’m currently holed up in the Chicago area (i.e., my home base) doing things like doctor’s visits — including some related to the post concussive syndrome which I am STILL suffering from (albeit very mildly at this point, thankfully) and the fact that I hit the ground so hard that I dislocated my jaw (requiring some expensive visits to my dentist who is trying to fix the damage) —  I am taking the opportunity of being back on my home turf to rectify that lapse.]

One of the animals I was MOST looking forward to see “in the wild” was a Koala. This park had a few (and you could PAY to get your picture taken next to one … you would think that for $40 they let you hold it, but no — probably safety concerns; apparently while Koala’s are cute, they aren’t very friendly).

The Koala’s that were in cages were very hard to photograph, in part because they were sort of hiding in the shade (while being grey), but mostly because of where the sun was relative to where I was made it so that in each case the lighting wasn’t conducive to it… 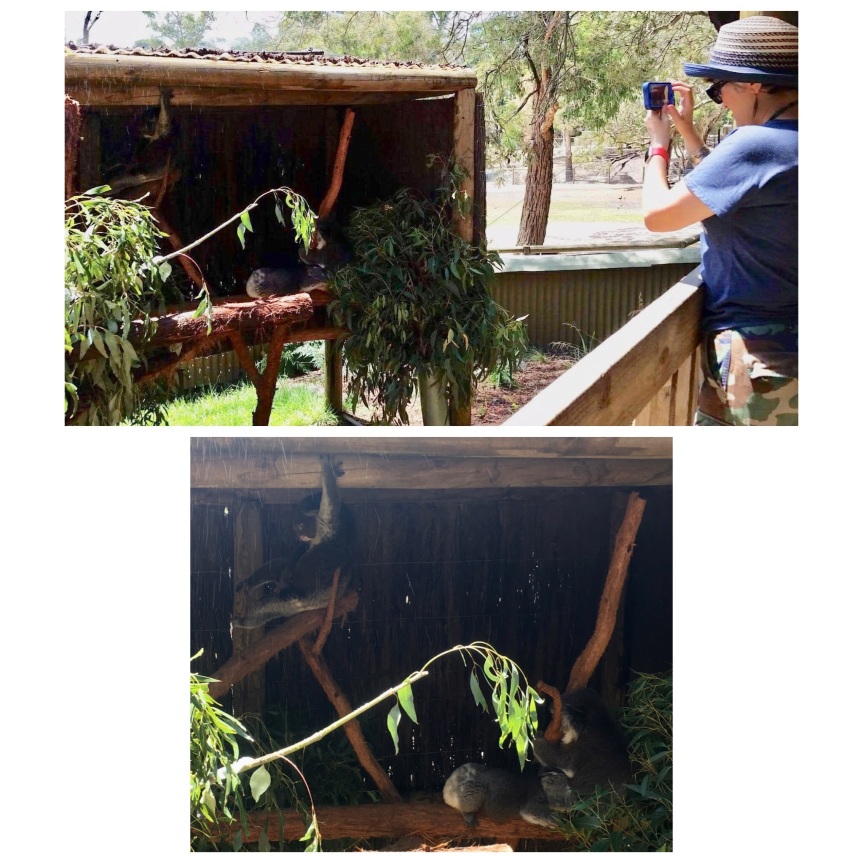 I however manage get one video but it wasn’t worth posting (mostly it’s of the back half of a Koala whose nose was stuffed into a bush… although it was close enough that you could hear it chewing).

This is a video that I took of a bird that is actually pretty common in Australia (as in I had in fact seen it in the wild), I kept seeing it in city parks, etc., 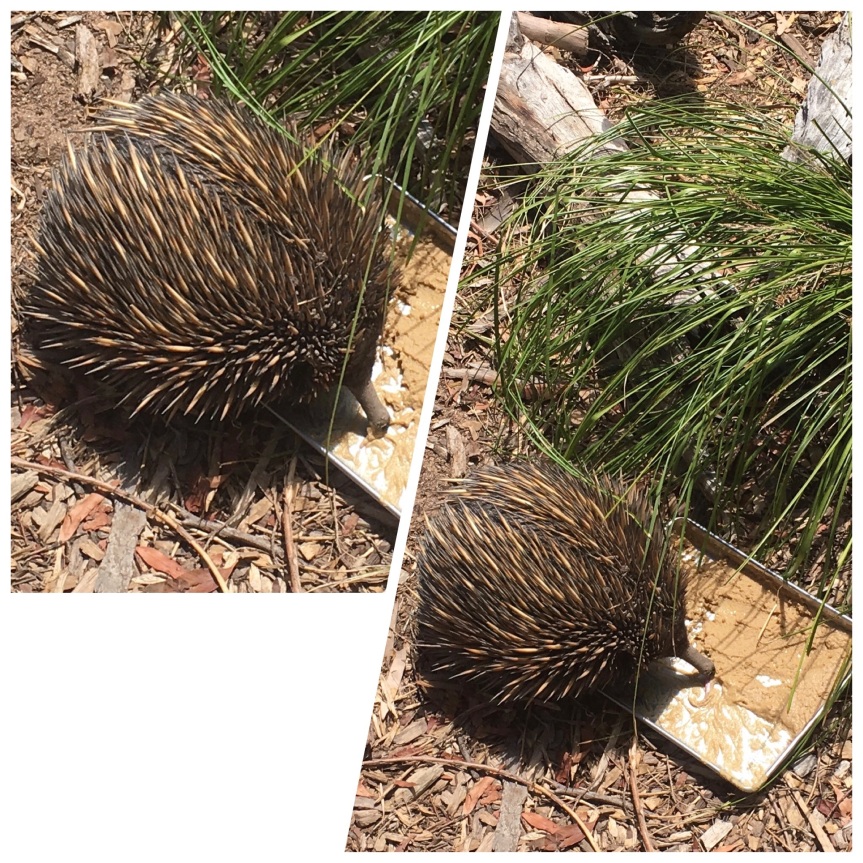 Some people in Australia have these as pets… let’s keep in mind my favorite animated character as a child was Mrs. Tiggy Winkle, and that in my storage locker waiting to be unpacked is a HUGE collection of porcelain and other type dolls made in her image 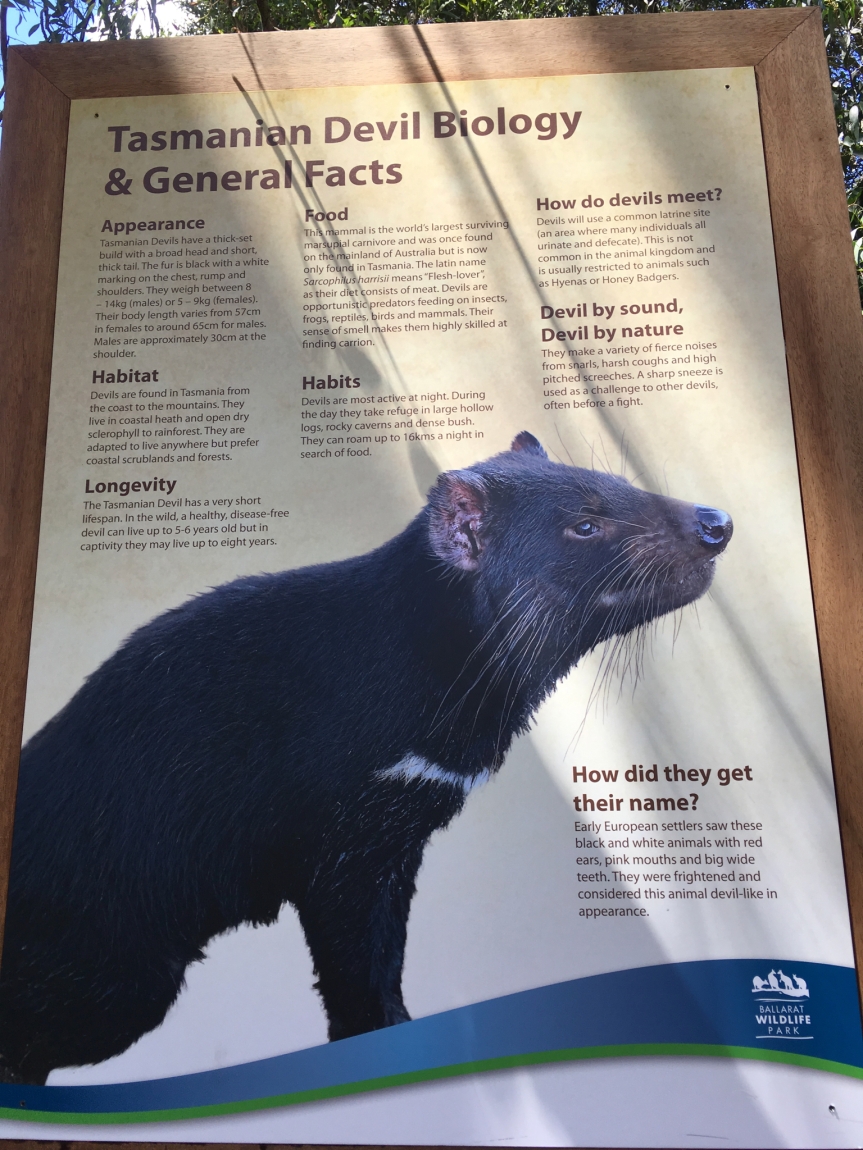 I took two videos of these cutie pies….  they were really a lot of fun to watch 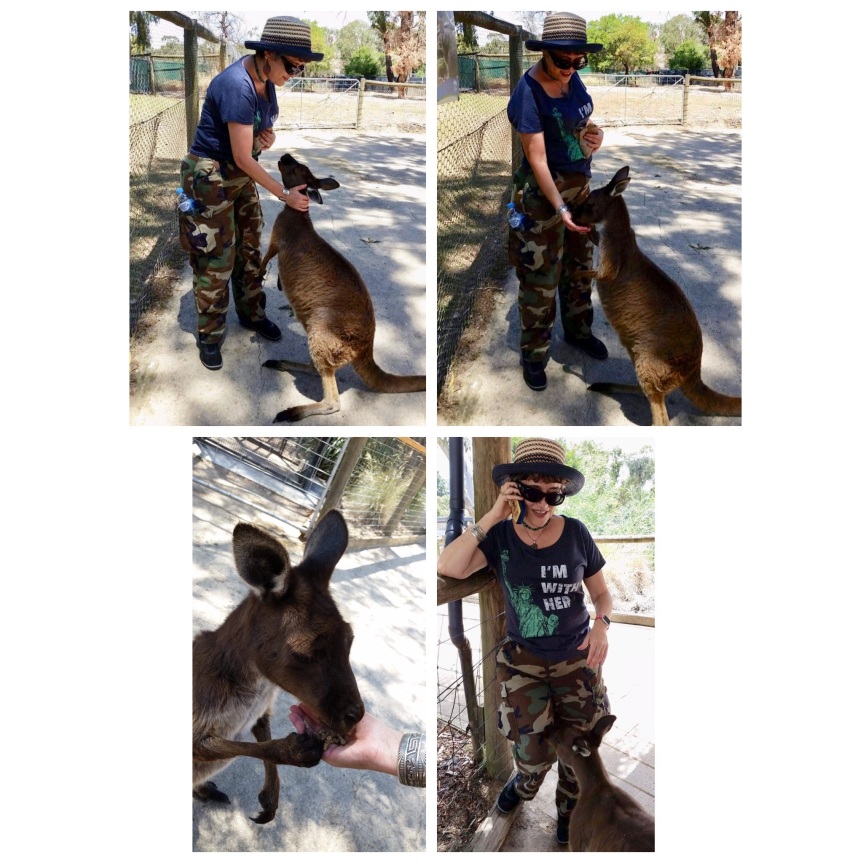 This sweetheart was my favorite animal in the whole park, she “held” my hand as I fed her and was really very sweet

Even with taking it easy as possible I ultimately only managed about two hours at the park… The more tired I got the dizzier/sicker (like my head was buzzing) I was getting … so once we’d sort of seen it, we headed home and I went back to bed.