So I thought this was a really cool idea for a store that I’d never seen before: I’ve seen combo coffee bar bookstores many times and combo coffee bar flower stores a few times, but this is the first time I’ve seen a custom high end/trendy tailor/coffee AND whiskey bar… that also is a trendy restaurant. 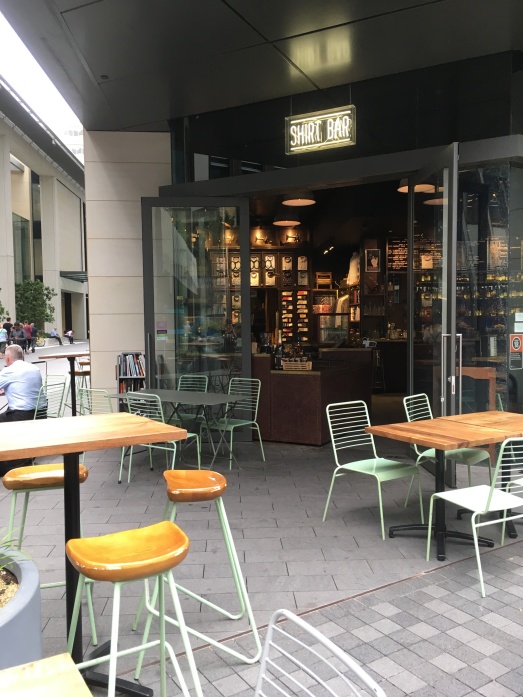 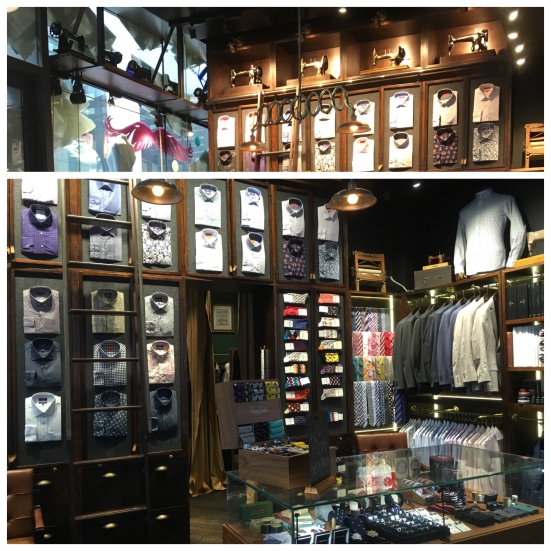 According to the waitress who walked over to me as soon as I stuck my head in the door, asking, “have you ever been here before?”, the owner of the Shirt Bar is a tailor who does custom tailored suits for both men and women — but in this day and age, those skills won’t necessarily pay the rent. So he had the brilliant idea to open his business in the new and trendy Barangaroo section of Sydney (an area recently converted from a container/shipping terminal into a trendy/hipster business center and tourist haunt) … So, this store is not only a very high end custom tailer, but it is also a coffee house

And a restaurant that has distinct breakfast, lunch and dinner menus

And tables are specifically designed so that at night they can crank them up to bar height, and, like I said earlier, they play really cool music