Firstly….Let’s hear it for countries where you don’t refrigerate eggs.

Most Americans don’t realize this but the rest of the world does not refrigerate their eggs (read this link to understand why we do it when the rest of the world doesn’t, if you don’t already know). While staying at Airbnb’s in the US owned by recent immigrants I have regularly had to explain to them why storing their eggs decoratively on a table (the same way as fruit), is not only NOT a good idea, it’s down right dangerous — and then explained to them why that is.

So, here in Australia, if you’re shopping for eggs, do NOT look for them in the refrigerated section…. you’ll find them stacked up in the aisles.

So I thought this was a really cool idea for a store that I’d never seen before: I’ve seen combo coffee bar bookstores many times and combo coffee bar flower stores a few times, but this is the first time I’ve seen a custom high end/trendy tailor/coffee AND whiskey bar… that also is a trendy restaurant.

According to the waitress who walked over to me as soon as I stuck my head in the door, asking, “have you ever been here before?”, the owner of the Shirt Bar is a tailor who does custom tailored suits for both men and women — but in this day and age, those skills won’t necessarily pay the rent. So he had the brilliant idea to open his business in the new and trendy Barangaroo section of Sydney (an area recently converted from a container/shipping terminal into a trendy/hipster business center and tourist haunt) … So, this store is not only a very high end custom tailer, but it is also a coffee house 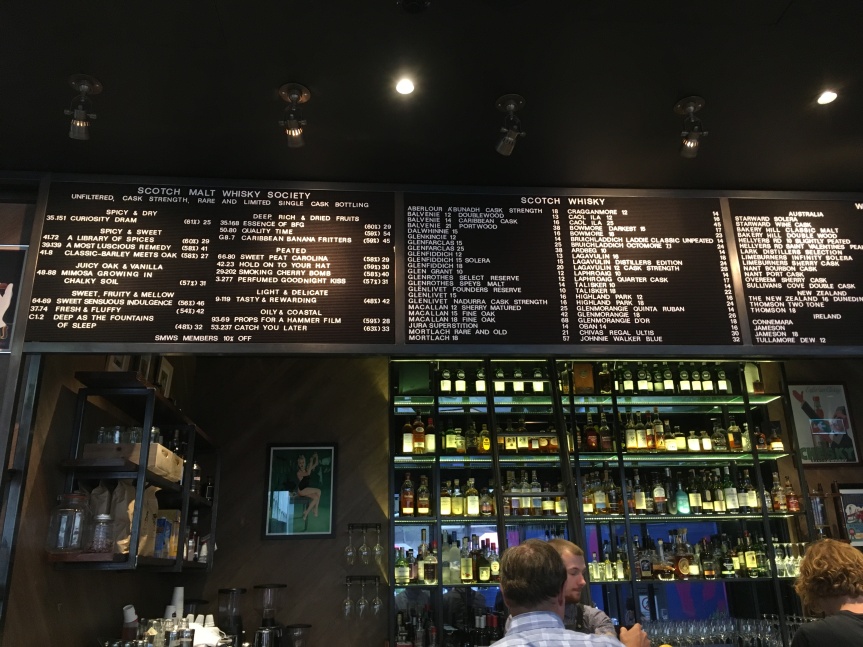 And a restaurant that has distinct breakfast, lunch and dinner menus

And tables are specifically designed so that at night they can crank them up to bar height, and, like I said earlier, they play really cool music

Let’s face it, knowing where the clean toilets are is a THING, and it’s especially difficult while traveling. In this regard Sydney public toilets are quite impressive…. and I’m talking STREET side toilets!!!

Now public toilets in malls, stores, or public buildings are usually pretty good, but let’s face it, street side public toilets can get pretty well… yucky/smelly/ nasty, etc., and are as a rule to be avoided

I am thrilled to say that so far, I’m finding that Sydney has VERY clean street side public toilets… McDonald’s clean, or better yet, Costco clean, which is an even higher standard (there’s a reason why while driving around the North American continent my pit stop of choice for both gas and bathrooms is Costco). 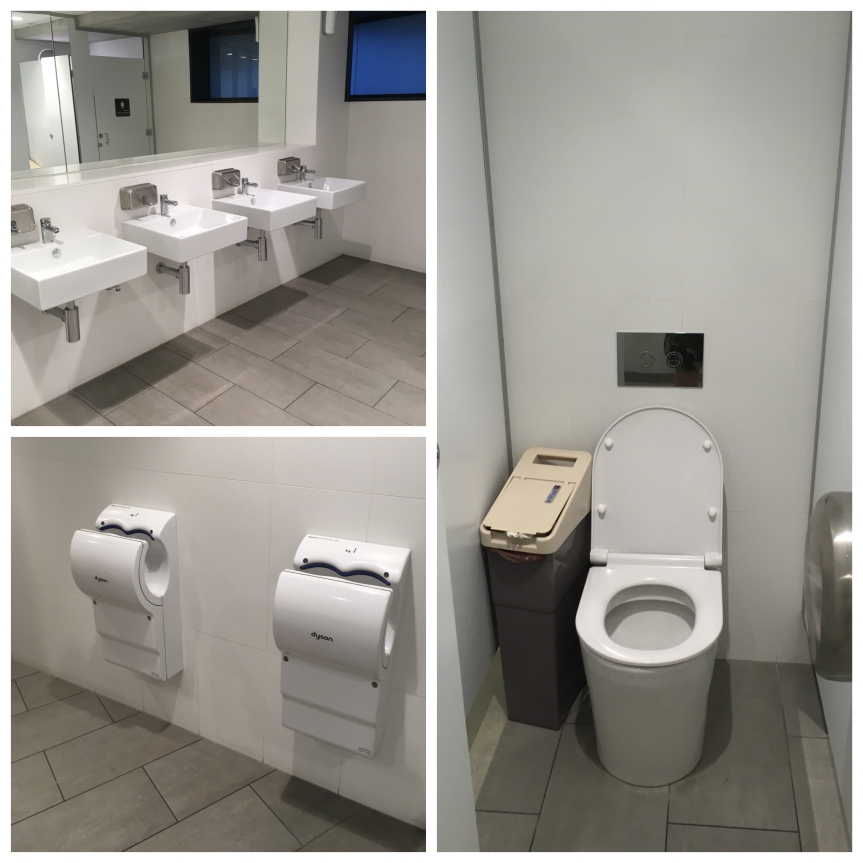 The bathroom above was the 3rd public one I have used since coming here … and I’m finding the public toilets are cleaner than some of the restaurants toilets I’ve encountered while here. As I was in the toilet shown above, a British woman (with a thick country brogue) and I were talking about it — and she noted how the Sydney were much cleaner than the British public toilets, in spite of the fact that they were all free, while in the UK toilets aren’t.