More thoughts on why I love my apple watch 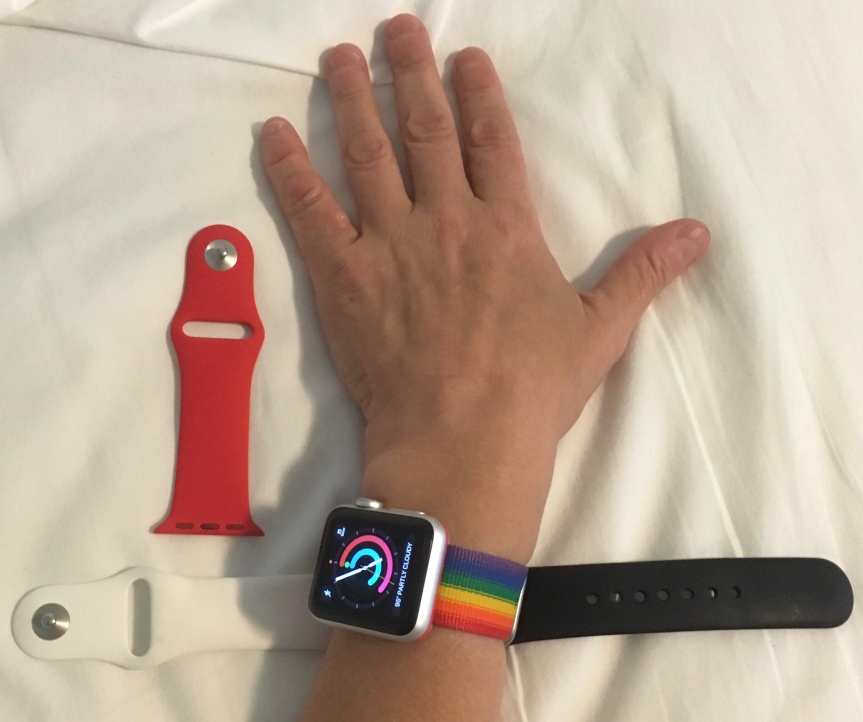 Back on June 14th I wrote about my love for my new AppleWatch; today, slightly over two months later, I have some additional thoughts.

Firstly, as much as it was one of the features that made me think the watch would offer me some of it’s $600 value, the fact is that over the course of the three+ months I’ve had the thing, the ONLY time I have used the ‘remote camera triggering feature‘ has been when I was testing it out. I’m sure a point will arrive where I’ll make use of it, it’s just not something I appear to use often enough to be worth $600.

ApplePay on the watch, however, is proving to not only have a massive “cool” factor… so much so that even employees at the Apple Store — the LAST folks you’d expect this from — look marginally surprised and slightly awed when I use it there, while ladies at the grocery store are floored by it… it is also proving to be insanely practical.

I was just in Canada, where almost every store that accepts credit cards (a lot don’t, and demand either cash or Canadian debit cards, NOT U.S. or other) will have the “tap” technology (where simply you ‘tap’ the card’s chip to a sensor instead of swiping it, or sliding the chip into a device) built into their point of payment device. This includes gas stations, coffee houses, grocery stores, etc., pretty much ever chain store… and the ‘tap’ process operates WAY faster than the other two options. With both of the other two systems you have to provide a written signature or a pin number… with the apple pay they payment just goes through sans that extra step … so that it’s ‘tap and go.’  I have found that even if the card scanner does not explicitly STATE that it takes apple pay, IF it accepts ‘tap’ 9 times out of 10, at least in Canada, it WILL. This means I can payed for almost everything WITHOUT having to bring out my wallet, or my iPhone. Instead I just used the watch, which is already out and firmly strapped to my wrist… so that the wallet and iPhone (which I might mindlessly lay down and forget, something I’ve done before, or forget to take back the credit card, which I’ve done to often to count) remains safely located down in the depths of my pockets (I tend to wear military surplus camouflage pants these days, which have infinitely large pockets) or at the bottom of my purse (so no pick pocket is sure where said items are located) … and even IF someone should hold me up and manage to steal my watch, they’ll need the unlock code to be able to use it.

THAT, and according to my friends who know about this stuff, apple pay is more secure than using the card itself, as it generates a unique code for each transaction.

Just last week I was at Pennsic (blog post is in the works, groan, I’m so behind) and there was a woman with an “animal assistance” dog… tiny little terrier. Now SO many people had shown up with their pet dog dressed up in a “working dog outfit” which is easily available from Amazon, that it was getting ridiculous. Not to mention it was dead obvious from the behavior of said animals that they were NOT in fact trained for said task (one such german Shepard tried to eat so many of the other helping animals that they had to put a muzzle on him). A woman next to me asked said woman which kind of assistance animal the tiny terrier was, and the woman ‘barked’ back (irritated) “he’s a mobility animal.”

Point being, your apple watch is JUST as effective as that tiny terrier at getting you to walk and most definitely costs less (although it won’t lick your face). This is particularly true if you share your information with all your friends who also own apple watches… as an element of competition and not wanting to be seen as lazy kicks in — granted not as strong a motivation as the dog peeing on your couch or chewing up the house in boredom and frustration…. but effective. Except for days when I was sick or injured (my knee for instance is currently bunged up and in a brace) or driving cross country… I have managed to meet all my exercise goals since buying the watch…