Located just at the edge of Louisville Kentucky, in a residential neighborhood, this national military cemetery dedicated to the son, and 12th President of the United states, sits on part of what had originally been his father’s, Richard Taylor, 400 acre estate, Springfield; according to some sources — but not others, this land had been gifted to the President’s father by the government in thanks for his service as an officer of the Continental Army in the Revolutionary War, other sources claim he had purchased the land. 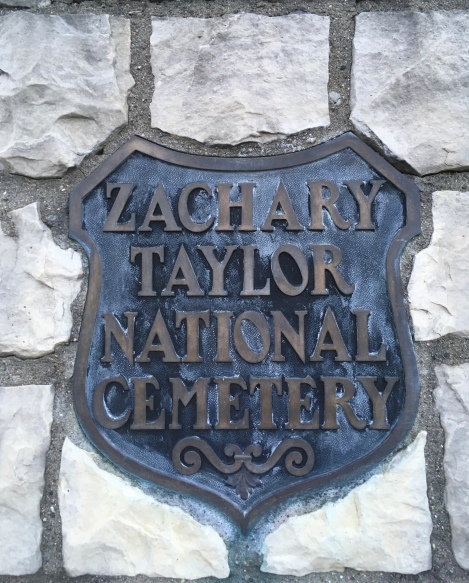 Originally the family plot for the Taylor Family, after Zachary Taylor had ascended to the office of President of the United States, a Washington outsider and popular war hero with limited political experience — and was soon thereafter buried after having only served 16 months — probably from a horrible case of the shits (Dysentery), although from what I’ve read they tried to cover it up by saying he had Cholera, which was endemic at the time.

Much later, in the 1920’s, the family initiated an act of Congress to transfer the title to the government, at which time it was converted to also be a local military graveyard. Because of a legal technicality, members of the Taylor family can still be buried there in the family plot section; even though that bit is surrounded by the National Cemetery, it does actually not belong to the government, even though it is tended by government. This was despite the best efforts of the family, because the Army judge advocate general decided against federal possession, even though to the average it appears to be the same cemetery. Originally only a half acre in size, two donations from the state of Kentucky increased the size to its current 16 acres.

The Taylor home, which is not far from the cemetery, is a private home hidden in an upscale residential neighborhood, and while it IS a National Historic Landmark it is NOT a designated national park, because the local neighbors have fought against it. All things considered, you sort of got to feel sorry for Zachary Taylor, it’s like the man quickly died an ignominious death and ultimately got no respect  … but in lieu of this years presidential election results…..

Anyway, it was a pretty graveyard 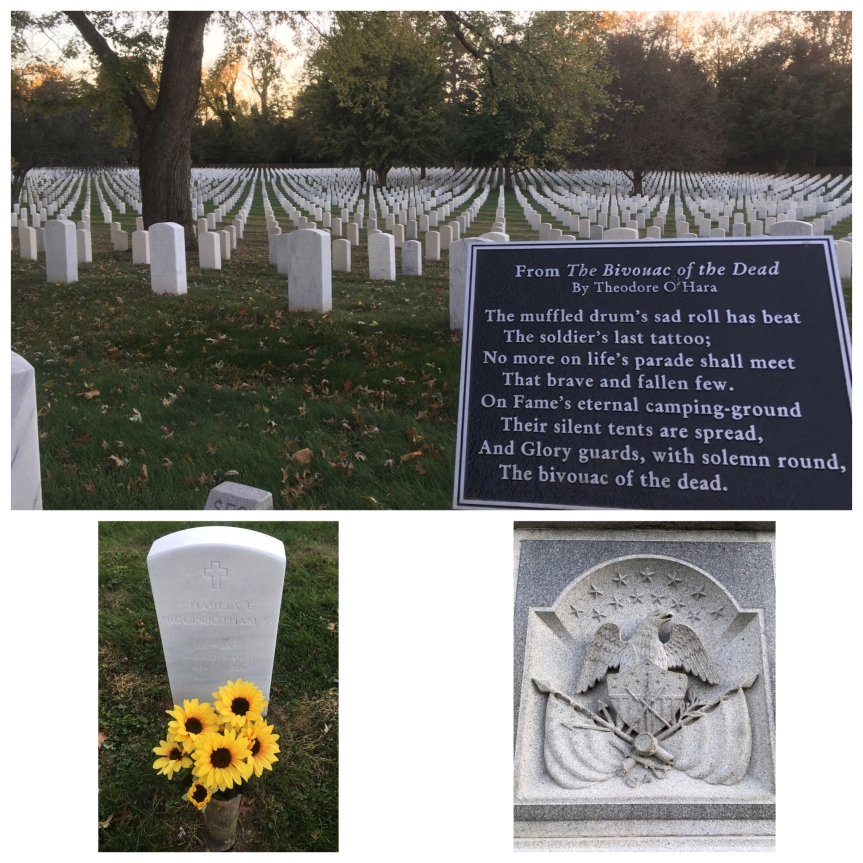 Zachary Taylor and his wife were moved from their original resting place in the the family plot (see below) — a very plain almost ignominious subterranean mausoleum, which is NOT technically part of the cemetery, to this fancier mausoleum next to his monument (see above), which I’m assuming is… 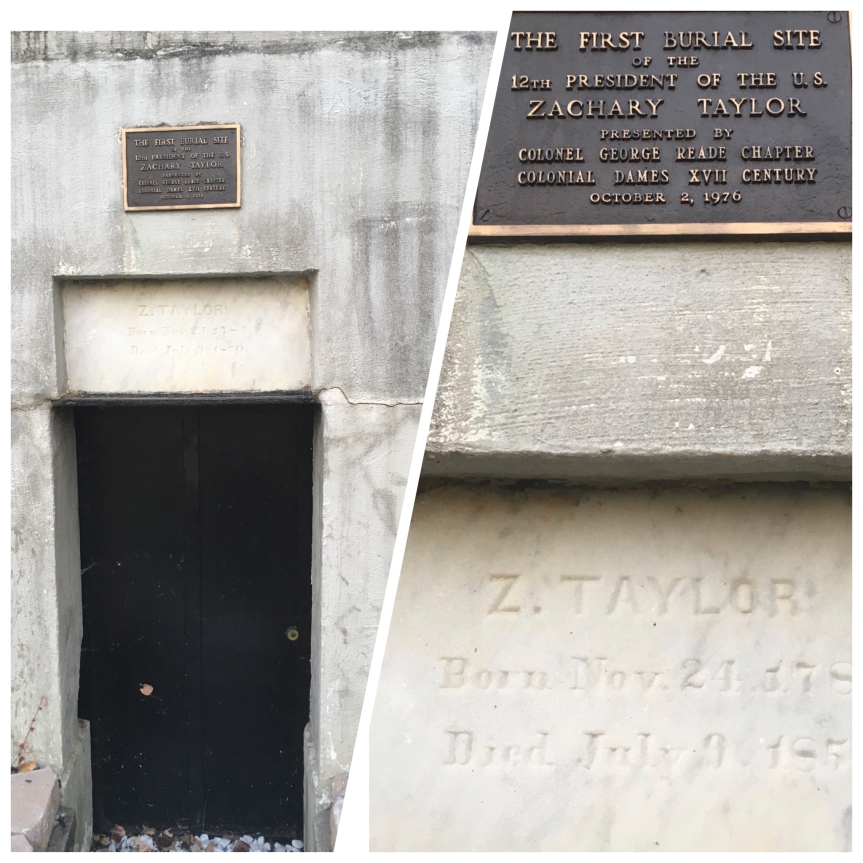