According to my friend, a Friday Harbor resident, their 4th of July celebration was recently rated among the best “small town” celebrations of the 4th in the country — (have not found verification of this)

Friday Harbor is located in the San Juan Islands off the northwestern border of Washington State. It is an insanely cute place with a very high quotient of artists, and progressive liberals who have things like “sharing sites” set up all over (if you take something you need you’re supposed to leave something of equivalent value that you don’t), etc. These Islands are also prime whale watching territory.

I was had rented two different Airbnbs on Vancouver Island (British Columbia, Canada) for the June (Shawanigan Lake) and July (Victoria), and my friend Christine (who I’ve known for about 20+ years now) had been bugging me for months that I couldn’t go all the way up to B.C., and not visit her Island (a direct ferry ride away). So, since the 4th of July was coming up — and she had promised me that their local celebration of the 4th was among the best in the nation (for small towns), I decided to pop on the Ferry from Vancouver Island (Sydney) to Friday Harbor (it only runs once a day), arriving the 2nd of July and leaving 5th of July… just long enough to get a taste for the place (to see if I might want to book a longer stay next summer) and to see festivities. 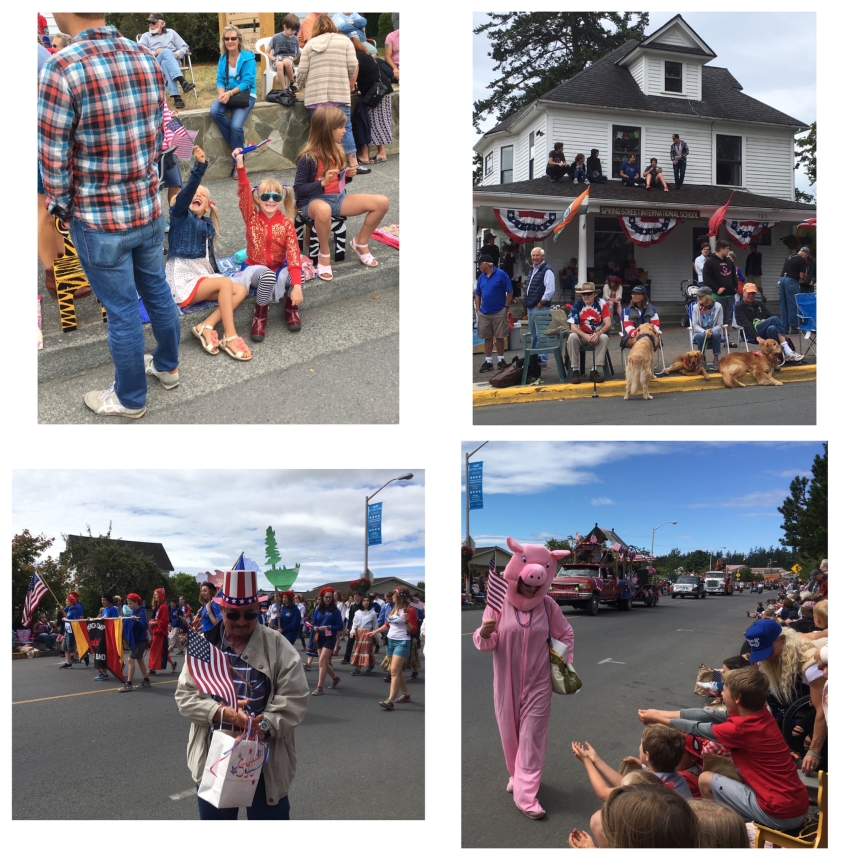 There was a marked aquatic theme to some of the marchers, that was often political. As I said, whale watching is source of tourism to the island, and with global warming and dams that are damaging the wild salmon runs (which the whales feed up), there is a clear terror of the families (pods) of whales that traditional call the Island’s waters home (they even keep semi reliable swimming schedules which all the locals are familiar with), that was evident in some of the parade displays — one of which included a woman dressed like a whale who would collapse from feigned starvation from time to time.

There was also a group from Friday Harbor labs (where students of oceanography, aquaculture and marine ecology do research) all dressed up as various sorts of marine life (which was wonderfully geeky).

One cute thing was that among the ‘floats’ was a truck laden with little girls all celebrating the birthday part of one of them, called Rose. I had seem the girl in the red checkered gingham dress before the parade started, but in retrospect it was obvious why she was so much more ‘dressed up’ than the average kid lining the roadway to get the treats being passed out by almost every group.

And, as my friend confirmed, apparently the Pirates have a strong contingent living on Friday Island (For those unfamiliar, they are a variant of the SCA crowd who like to dress-up and recreate the medieval period in their spare time, only you’ll usually find pirates in towns like Santa Cruz, with actual harbors, and the most active groups will cooperatively own actual ships of the sort pirates would have used, and do their reenacting on the water, and hold events to that end) 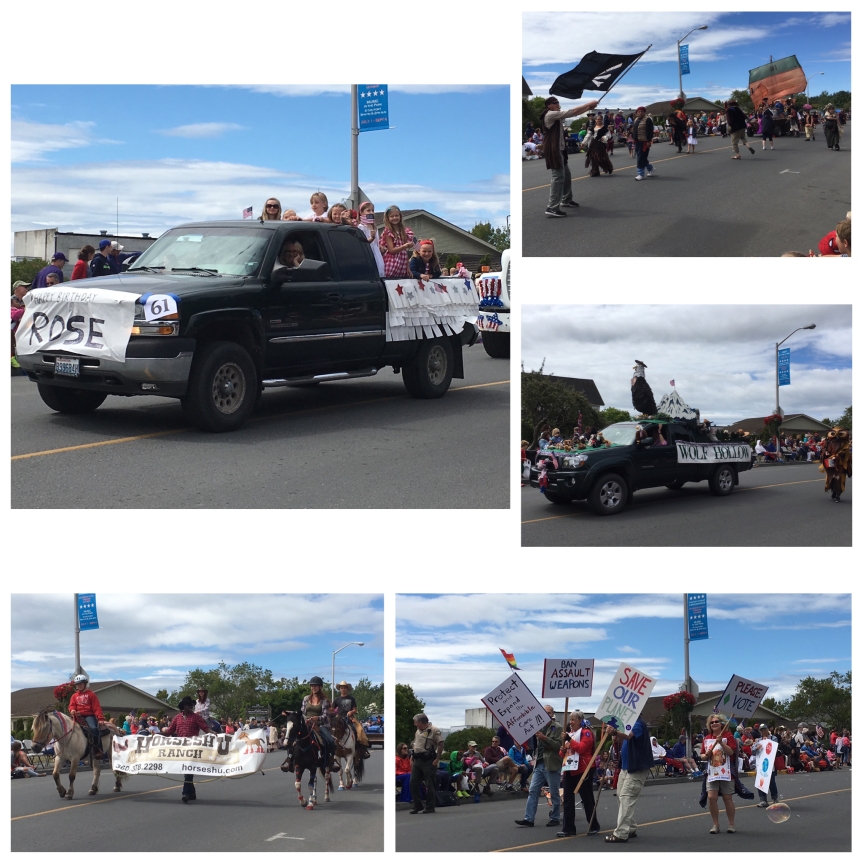 At one point a guy rode by on a horse who looked like maybe he was supposed to be Teddy Roosevelt, which confused me because I had no recollection of him ever coming to the Island, but just in case anyone didn’t recognize the reference he was followed by a horse dressed up like a buffalo with the word BISON written on it’s back side (Theodore Roosevelt National Park anyone?) … all of which led to a troop of boy-scouts — so now it all made sense.

One of the things I saw multiple times during my short stay was Suzy’s Mopeds which had one of their rental lots right near my friend’s apartment. Assuming the weather is good, these are a good rental option for folks who come to the Island sans a car — and insanely cute. 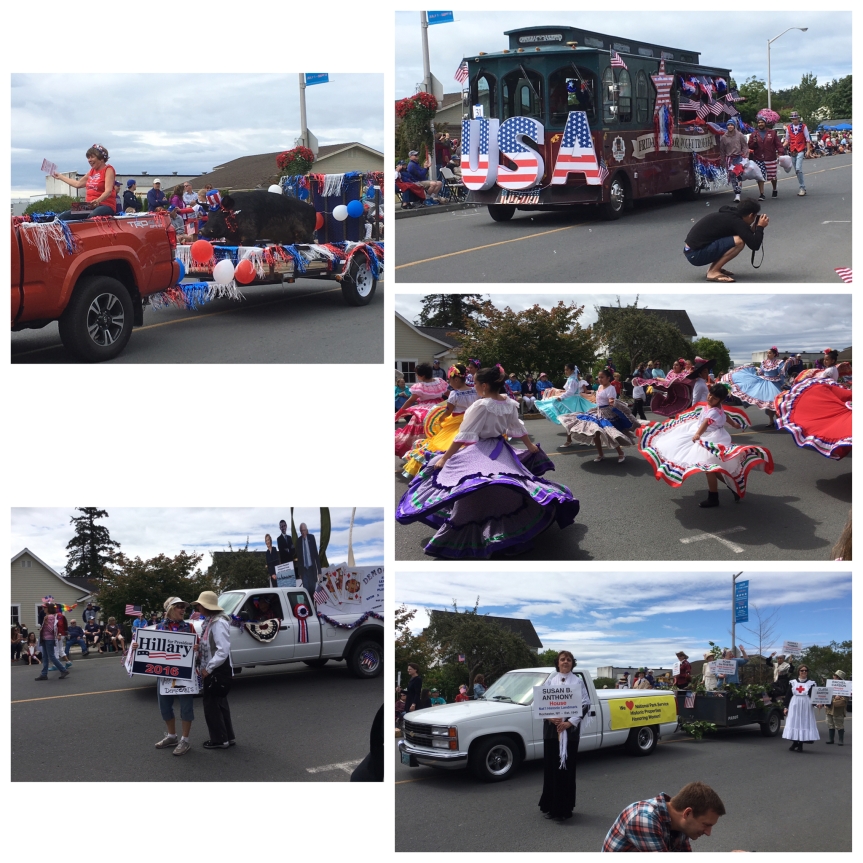 I was happy to see (among the various pro feminist floats — there was even one devoted to men in favor of ending domestic violence) a float about the National Park Service Women’s History Initiative — where they are now focusing on memorializing important American women, some of which I have gone to.

After the Parade was over we were all pretty trashed, so we headed back to Christine’s place to crash, before heading out again for the fireworks. 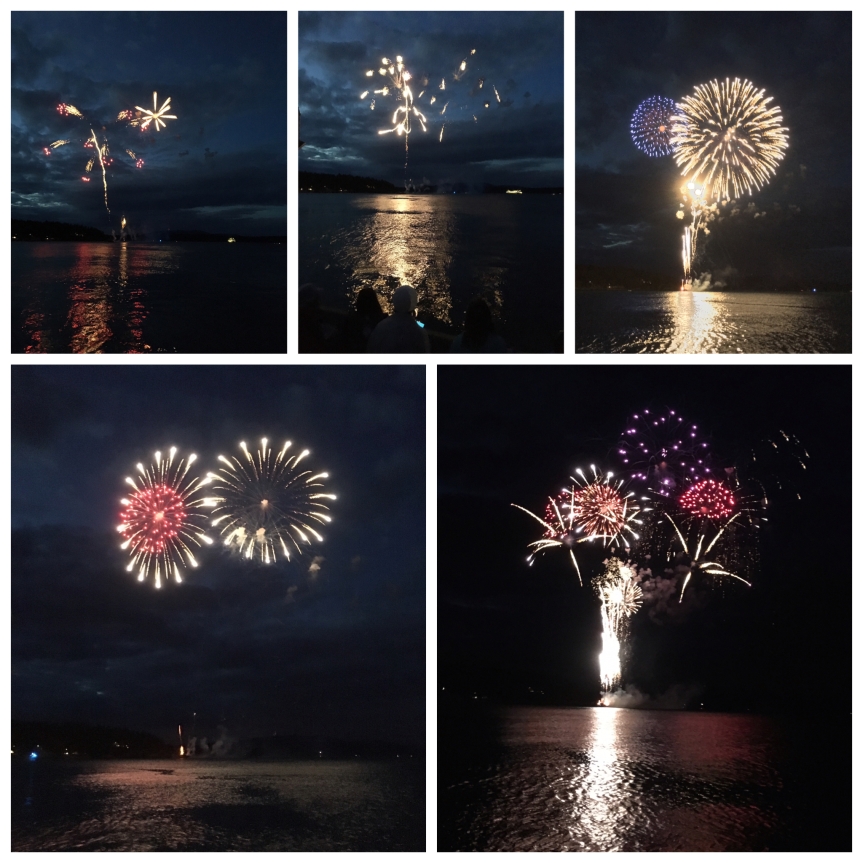 I particularly like the “flower theme” that seemed to be playing out with the display. I have a feeling that the pyrotechnicians who designed the display intentionally took into account how the reflections on the water would play into it…. 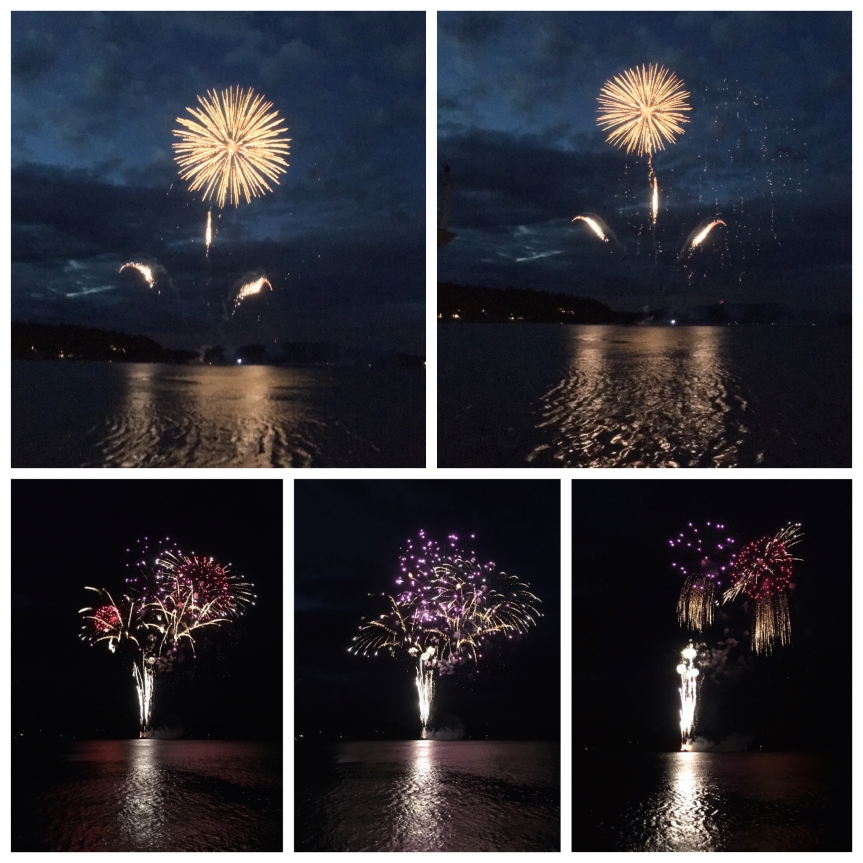