This was the first military park formed in the US. It memorializes the Civil War battle fought Sept. 18-20, 1863. So many bullets flew within these woods during this battle that the surrounding trees because valueless for milling, due to all the bullets embedded within them. If you have any interest in Civil war battles, check out this highly documented park. — Don’t forget to use your National Parks pass.

I strongly suggest that you reserve this park for a nice day when you have a few hours to spend; stop first in the visitor center. There is a 24min documentary reenacting the battle. Watch this first, and then tour the battlefield.  Also, in the gift store — assuming your car has a CD player you can purchase a guided tour of the park CD for $10. On various signs around the park you will also find cell phone accessible annotations, but those are far fewer, and interestingly do not duplicate the information available on the CD. 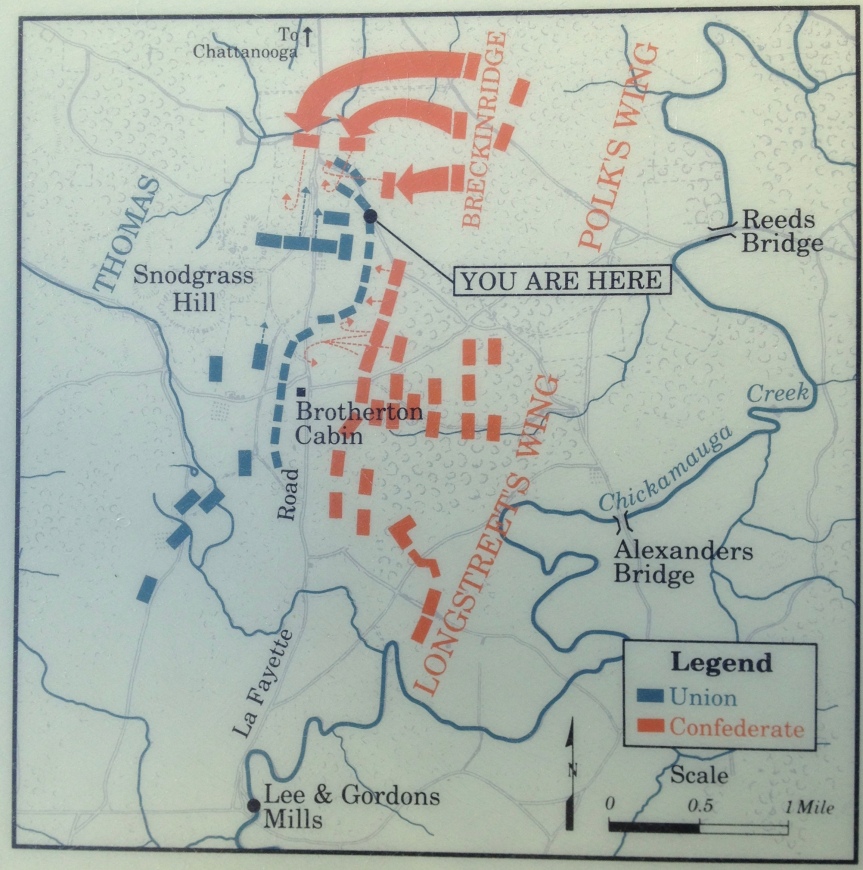 This is completely a aside, but I assume (wrongly of course) when I’m in a historic national park that the other people around share my interest in history… at this location  The guy parked next to me was driving a yellow Jeep by the name of the Rubicon, and I told him I loved the name of his Jeep because of its historical nature.

So he said, ‘it is named after a river in California’ and I responded “I think it’s more likely that that river was named after the Rubicon ‘river’ which marks the northern border of Rome which Cesar crossed with his troops, essentially declaring war on Rome itself; this is why the term ‘crossing his Rubicon’ now means passing your point of no return”

He looked a little embarrassed and said, he had no idea that was the source but he probably agreed that that’s why they named the river in California Rubicon … and might be the also named the Jeep that…

That said, scattered all throughout the park are all sorts of beautiful memorials both to the fallen, and to particular maneuvers that occurred in that location. 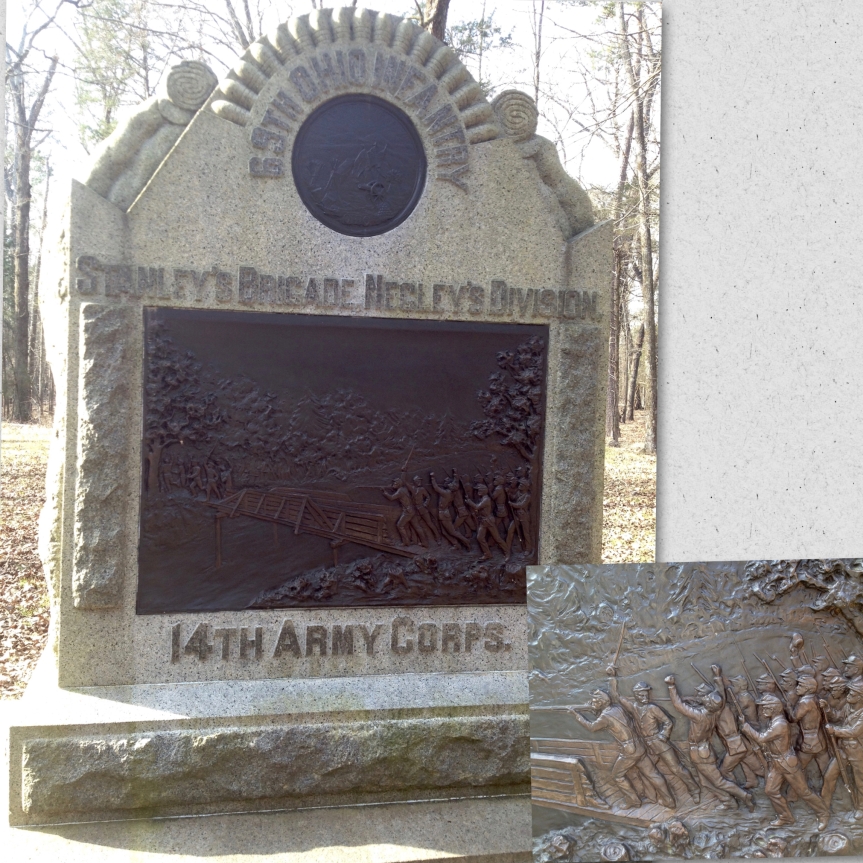 As I look at these things I imagine the families of the various regiments and corps, fundraising and organizing in order to pay for these things to be built to the fallen.

And then with signs like this one (above), you have got to wonder, did they bring back soldiers to walk the fields and try to come to a consensus of what events happened where? 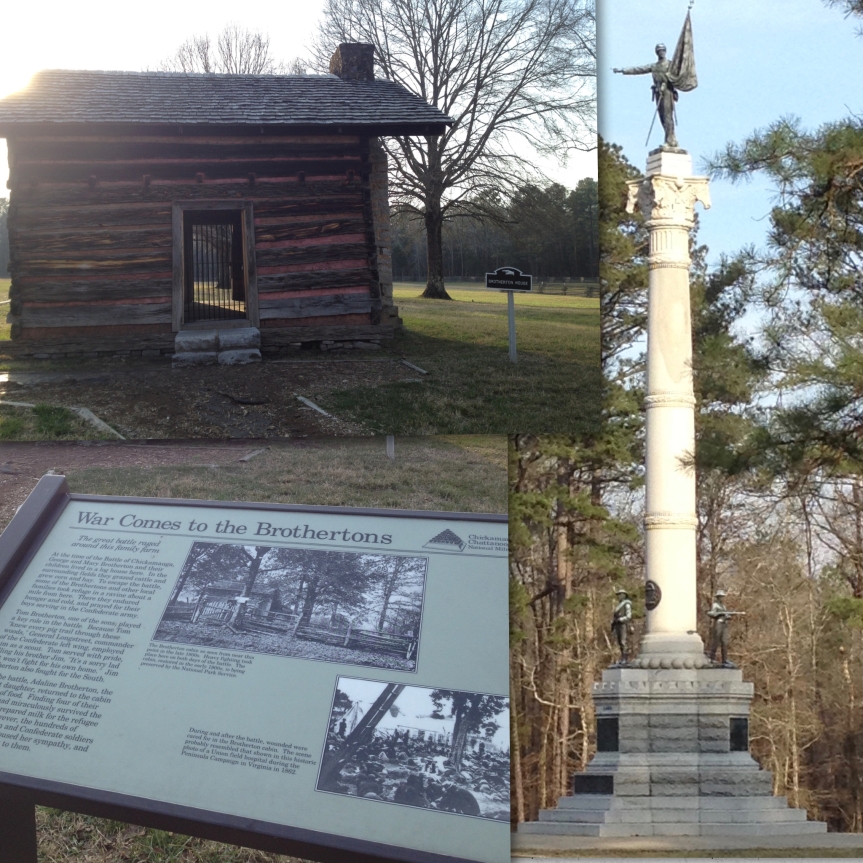 This, The Brotherton Family Farm (above) is where miscommunication among the Union generals resulted in a half-mile break in their lines allowing the Confederates to break through.

This is Wilders Tower (above), it marks the site where a small group of Union soldiers held back the Confederates long enough to allow the other Union soldiers to retreat to Chattanooga. They were able to do so in part because they had a new technology of repeating gun The sound of which confused the Confederates into thinking that there was a much larger group of Union soldiers here then were actually present. (Also let’s hear it for national park toilets that are out in the middle of nowhere! I had been holding it in for the last hour)

And here is a picture I shot in haste as a group of about 15 baby deer surrounded my car!! 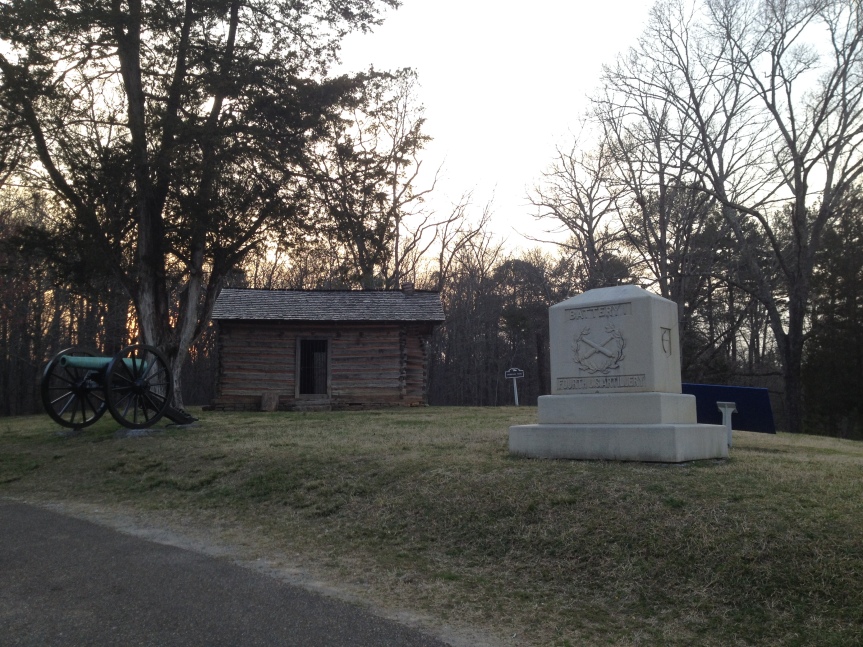 The sun was now setting, which I had been warned is when the park closes, so I headed home.