I was only in Adelaide for about two and a half days (arrived Feb 15th, around dinner time, left Feb 18th, 2018, around noon), and most of that time was spent convalescing (from the massive concussion I was suffering), so I really didn’t get to see more than glimpse of the place. That said, I would happily go back again. It’s the sort of city that’s big enough to have a bit of everything you’d want in a city, but not so crowded that you can’t find a parking space. (Sort of like Evanston, IL, or Chattanooga, TN) — also not many photos were taken

The first night we were there my travel buddy (who is an Aussie himself) walked me over to the “Rundle Mall” partly just to see it, but also because we needed to run by the local Target (yes Australia has this chain too) in order to pick up REALLY BASIC things the Airbnb host had not thought to provide for us, and I’m talking pillows and towels sufficient for two people. (This Airbnb sucked so bad that the sheets on the bed didn’t pass the sniff test — not by a long shot — for having been washed after the last guest had left.)

Oh, and he told me that in Australia the term ‘a mall’ tends to refer to a human-traffic only shopping street (cars are excluded), which may or may not be covered, as if not more often than it means a massive indoor shopping town, as it almost always does in the USA. An arcade by comparison isn’t a place full of games, but rather it’s something like the picture below (which is closer to an American idea of a mall, only it seems to be one walkway with shops on each side) 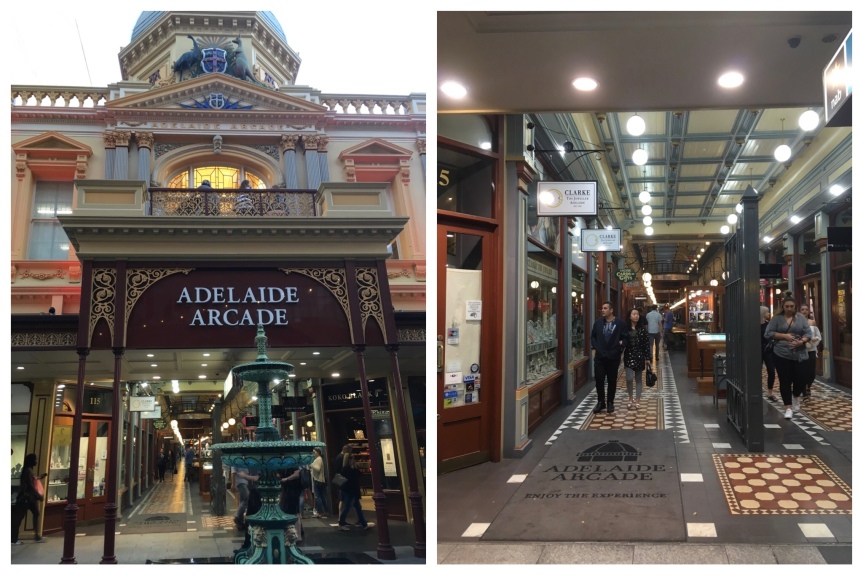 This sculpture located in mall and according to my  is fairly iconic to Adelaide, and is titled, A day out. I only took the one picture, but it actually consists of a four different pigs scattered about…. 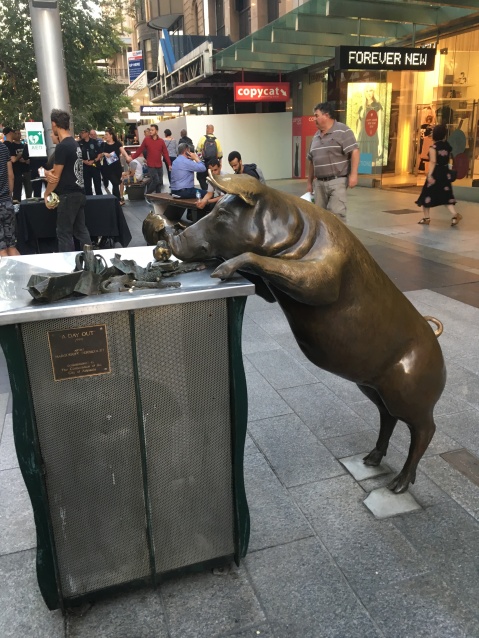 If you look carefully at the bench where the guy is sitting and talking on his phone, below it is a 2nd pig….

Alongside the pigs statue (I’m blanking on the correct word, I’m finding my ability to recall words is still not back to 100% even though it’s almost six months since my accident)… OH, remembered it… the ‘art-term’ I was searching for was an installation, since it’s actually a collection of statues rather than one.

Adjacent to the pig statues stood this group of protestors, the screens were all showing a movie that demonstrated the conditions of pigs on farms, including how they were killed, and the squeals. The protesters stood there silently. Add the two things together and you really do essentially have a performance art piece… even if it wasn’t what was intended by the artist of the pigs.

This art piece is another Adelaide landmark called either Mall’s Balls (I have a feeling this is Aussie humor), or ‘the spheres’ that serves as a meeting spot for people.

(the google map refuses to embed, so please check this link for the location)

Personally, it reminded me as an inferior version of Chicago’s (my home town) Cloud Gate, affectionately referred to, and better known as “the bean” — in fact I doubt most Chicagoans could tell you the proper name. 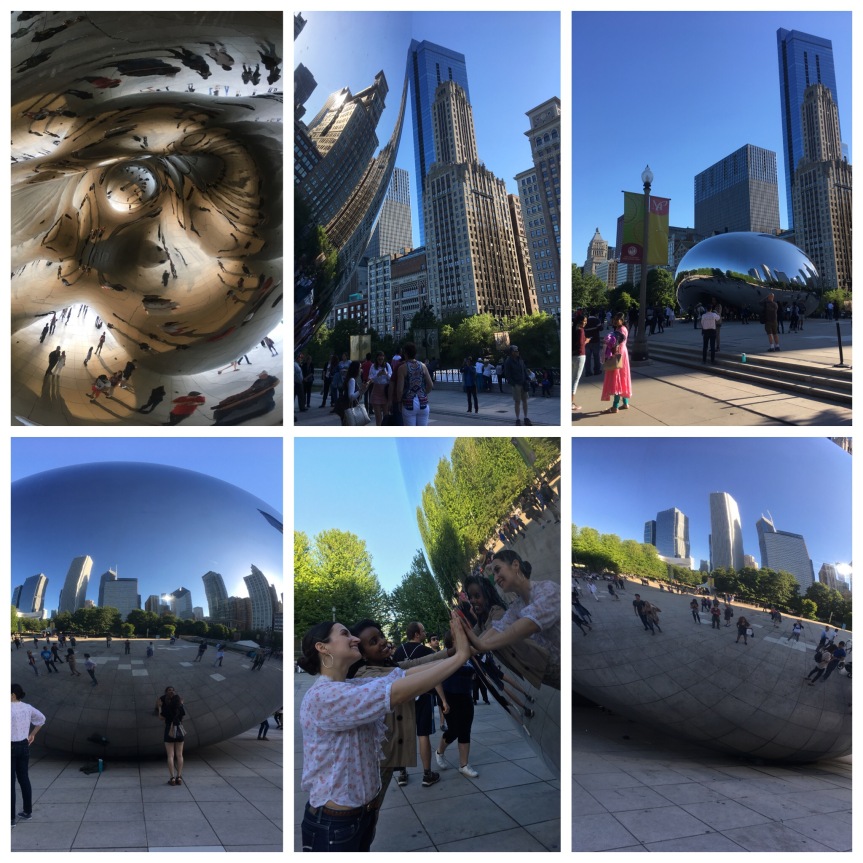 During my time there I ate at one fairly decent restaurant, a Japanese place called Gyoza-Gyoza, which is apparently a local chain Japanese Izakayas (sort of the Japanese version of a pub, where folks come after work to drink and eat). 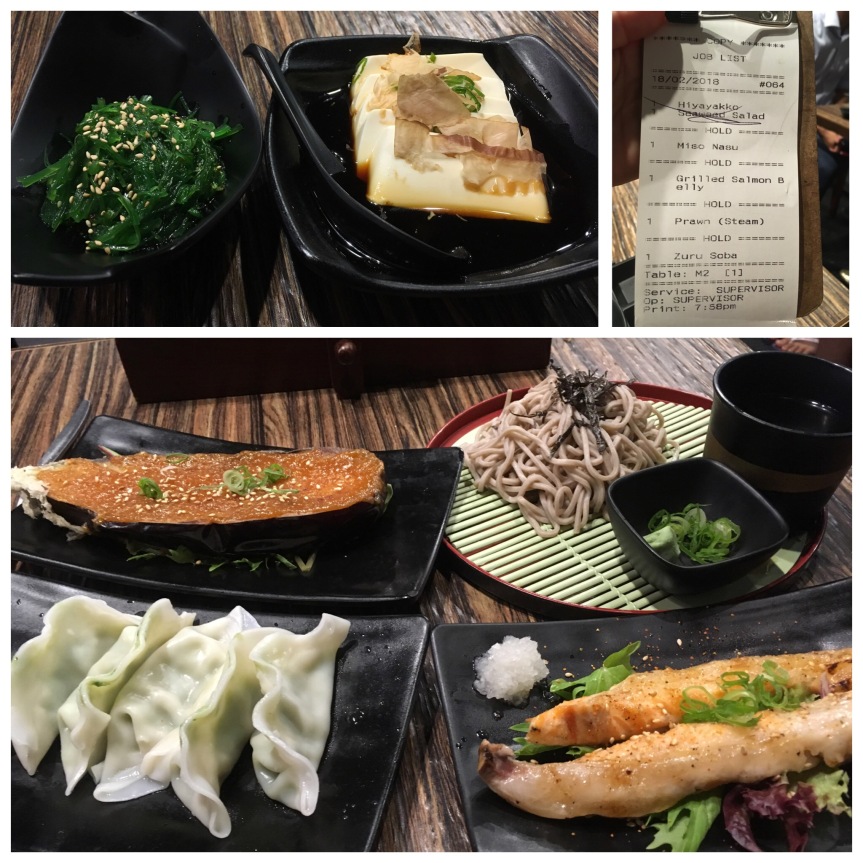