Louisville Kentucky is one of the myriad of US towns situated on a river that is a state border, so that her ‘suburbs’ effectually spread over multiple states; historic Jeffersonville Indiana is just such a suburb.

Originally the location of a fort named after Baron Von Steuben (the Gay military genius without whom we would have most likely lost the Revolutionary war), Jeffersonville was most likely named as such the same year Thomas Jefferson became president of the united states, and the settlers of the town used the same grid layout that he had promoted as a way for distributing land.

To the town’s credit, they have embraced the historic nature of their town, and as you walk around it you’ll see numerous historic buildings, and signs attached to walls, that offer you a window into the towns past.

Ironically, however, when I scanned the QR codes attached to those signs into my phone I was taken to a web page saying that the campaign had been disabled — not sure why they would go to all the effort to produce the signs if the city leaders weren’t committed to at least keep the associated web pages active.

The town however is full of architecturally interesting buildings that have been, for the most part, well maintained, and was full of cute little restaurants, cafes, etc., including a two different cigar lounges (all leather armchairs and sipping bourbon), and a Cafeteria resturant, which is sort of a dying institution.

Truth be told, I hadn’t come to Jeffersonville in order to see the town, even though having seen it I would happily categorize it as a destination in and of itself, but rather U had come here because of Schimpff’s Candies, which is historic enough to have been covered by the history channel (it was, ironically, featured in the show, Modern Marvels on an episode devoted to candy production). 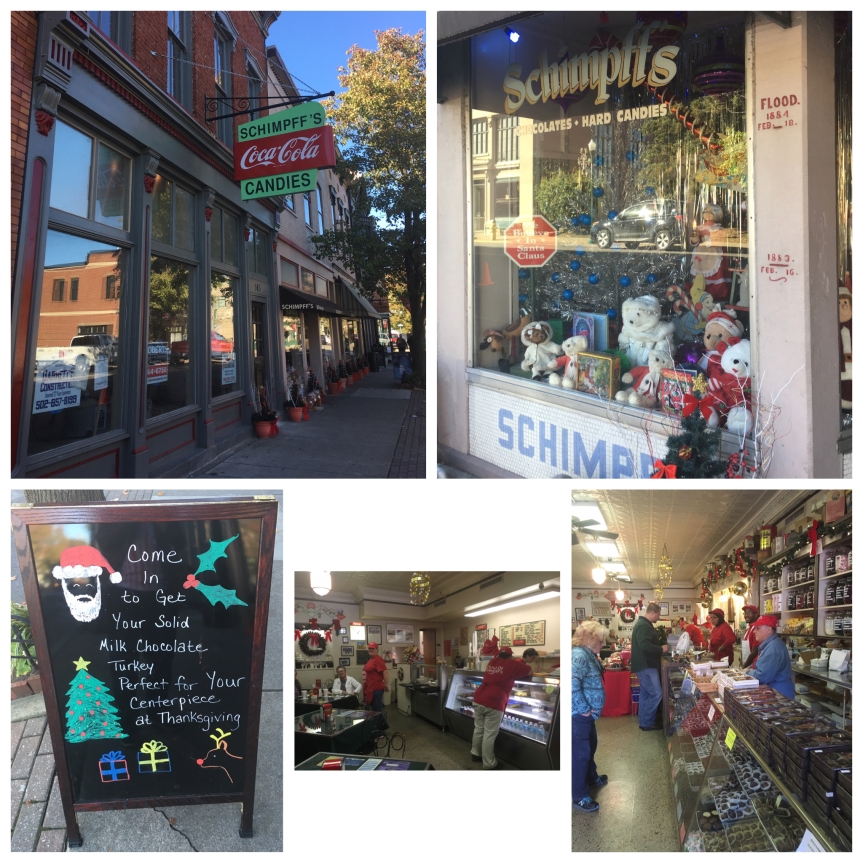 Having celebrated it’s 125th anniversary, Schimpff’s, which was originally opened on April 11, 1891,  is one of the oldest continuously operated, family owned candy companies in the US to still be located in it’s original location. And in case one were to forget the perils of being in a town located adjacent to a river, I found the way that the owners had proudly notated its various floods on the exterior wall of the shop to be interesting.

Schimpff’s Candies is a cute place, a combination store, ice cream and lunch counter, with a museum of the Candy industry located in the back. 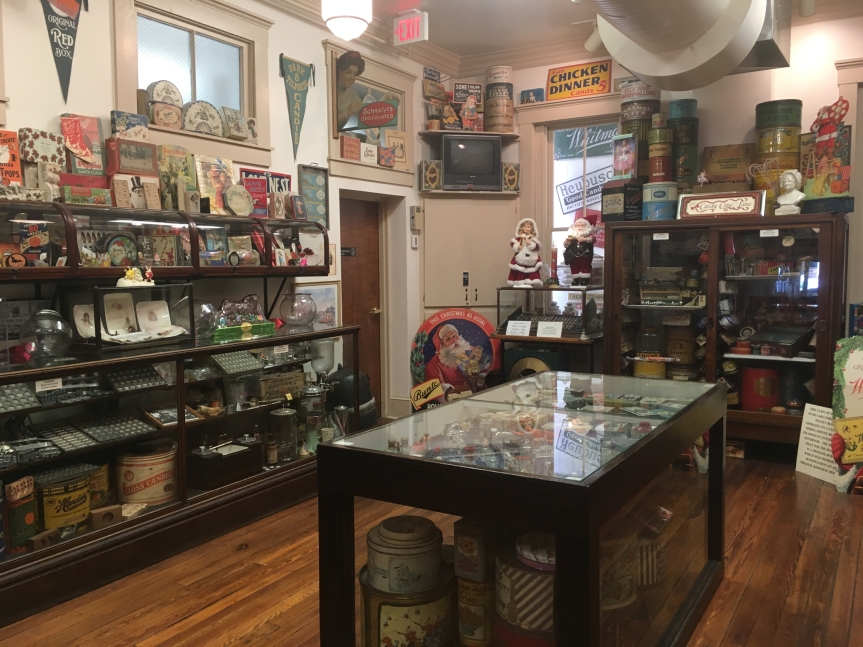 I came here because I thought there was going to be a factory tour but there is not — they just do demonstrations of what they’re making that day.

They’re famous for their red hots, but today they were making Christmas candy.

While the store itself was worthy of a stop, I think that the it’s more the high point of a cute little historic town visit, rather than a full destination in and of itself.

The day I went was by sheer coincidence veterans day… and I saw this: