Luna Park, in the suburb of North Sydney Australia (kiddy-corner across the bridge from the Opera House) is a classic, “historic” amusement park (of the pre-Disney variety). It was based on (and, like ALL the Luna Parks around the world, is named after) the one in New York City’s Coney Island. It is one of the few such surviving parks to feature “Fantasy architecture” in the Art deco Style, and interestingly… is one of only two amusement parks in the world that is protected by government legislation… and is listed on the NSW Heritage Register 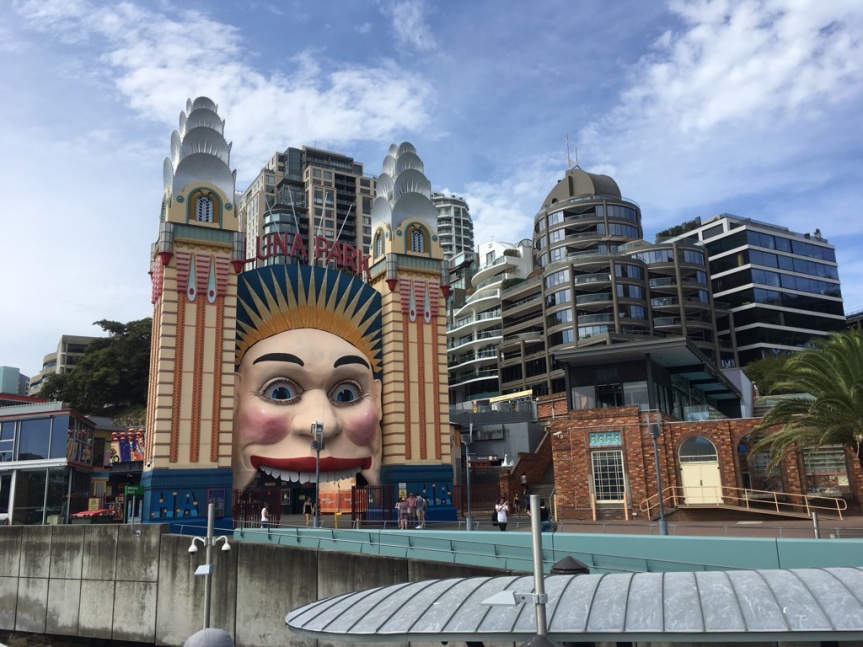 Luna Park was initially constructed in 1935 and has a history of on again off again, operating schedules, due in part to a fairly dodgy safety record, which included a catastrophic fire in 1979 that killed six children and one adult, called the Ghost Train Fire. 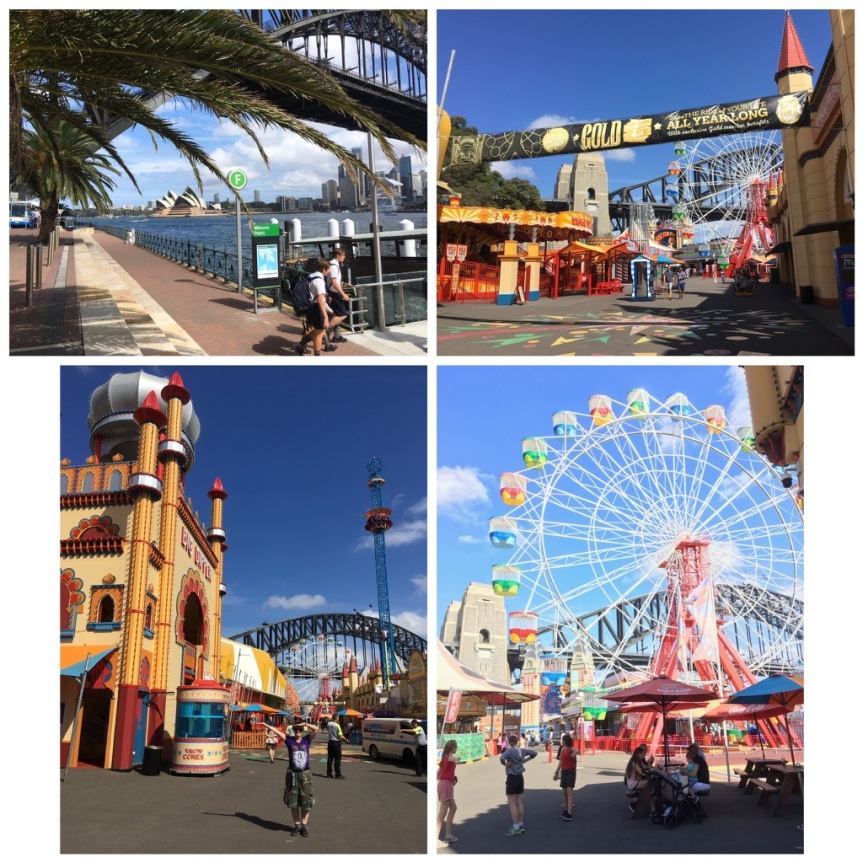 As a result, during its off years, some very high-end housing developed around the location, whose residents complained loudly when the park began operations again. This resulted in a compromise of removal of rides that were deemed too loud … because of screams of happiness from riders, and limited operating schedules at night… making it basically impossible for the park to be profitable.

That said, Luna park still consists mostly of rides I can’t ride (because of my inner ear issues)… with the possible exception of the Ferris Wheel, and games I’m no good at, so that from my perspective while it’s very PRETTY to look at the place it’s really not a draw, for me personally… NOT the way Disney parks are… and the few times I’ve been there it’s looked pretty empty, all things considered.