A brand new Lodge pre-seasoned Cast-iron pan that normally sells for about $25.00 (well, $17.98 via Amazon prime) for $5…. so yes I stopped! That said, not sure this store is worth going out of your way for — unless you are a hard core Lodge Fanatic (which a lot of cooks are).  — while there are two other Lodge outlets in the state, this is the one adjacent to the only Lodge Cast Iron factory in the nation.

Last time I headed from Chicago to Orlando I came via Nashville, where I have some friends. After I left them and headed south to Chattanooga I passed what advertised itself to be an actual factory for Lodge Cast Iron products, with an honest-to-god outlet store (as in a store adjacent to a factory where you can buy slightly imperfect items at a 20% discount, rather than one in an outlet mall selling last season’s stuff). At the time I promised myself that next time I drove by that place I would stop in.

Today I was driving from my friends in Georgia back to my friends in Nashville. I had stopped at the “welcome to Tennessee” center at the state border to find out what (if anything) was there was worth stopping at between the two places (since I was in no rush) and there was pamphlet advertising that with this coupon you could get a 10.25″ imperfect cast iron pan (which they normally sell for about $15), for $5!

So I headed to the store, all excited about the great deals I was going to find. 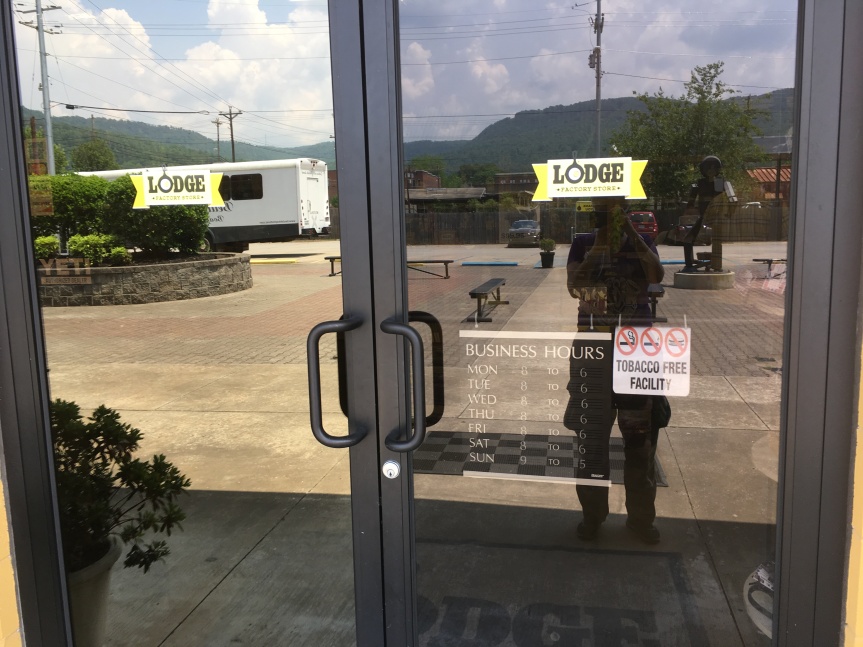 While the store is very nice and has pretty much every item Lodge makes, MOST of what it has is new perfect items at full prices. For example when I got home I found that this Carbon steel skillet was selling on Amazon for $45 with free shipping, so NO not worth a special trip for. (And I found that was pretty much always the case.) 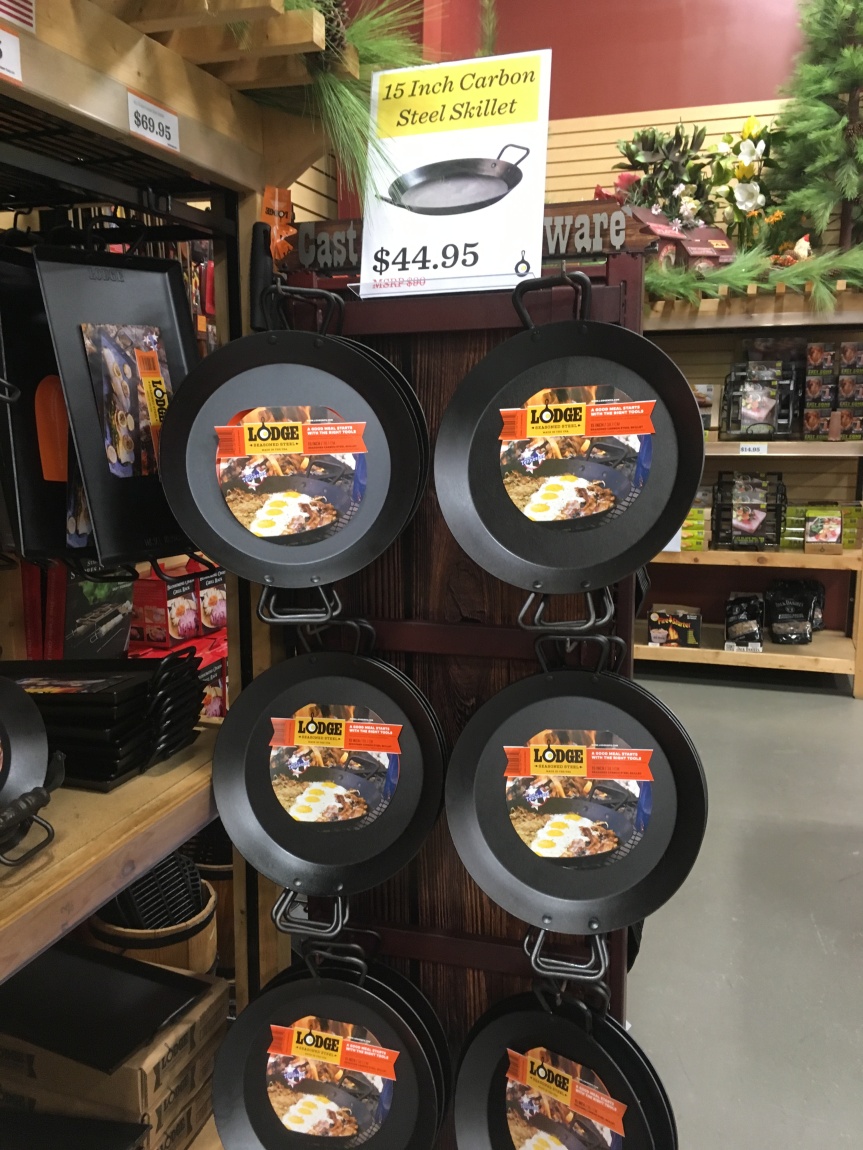 However, the moment you walk in the door a staff member greets you and points you in the direction of what you’ve actually come for, the discounted imperfect stuff, which is relegated to one badly lit aisle at the end of the store (not any of the well-lit and attractively displayed items). 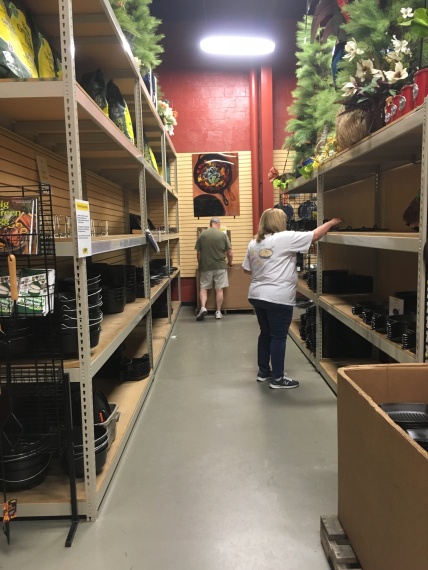