A yearly gallery ‘convention (?)’ where the rich and famous can come together to buy art for their copious homes and offices. To my shock, it was $45 to enter for 1 day …. but once I saw what was actually going on inside I understood (actual ‘collectors’ were all comped VIP tickets, obviously).

I came to Miami primarily in order to get some legal paperwork done at a consulate here. I had tried to do it back in Chicago but they had a month and a 1/2 wait for a reservation with no first come first serve option, while in Miami I could get reservations a few days in advance. The appointment I got was for 10:30 am (which is super early for me). After I completed my visit, and had FedEx’ed out the documents, I stopped at a random restaurant that looked cute (and had decent Yelp reviews) for lunch. When I asked for suggestions of what I should do, now that I was ‘in town’, the chef at the restaurant STRONGLY suggested that I come to this event (he had initially assumed it’s why I was in town). Also, according to my Airbnb host (although incorrectly) one his other guests was in town to show his own work at this thing (turns out he wasn’t, he just worked for a German gallery that whose art was available for sale) … so I came. 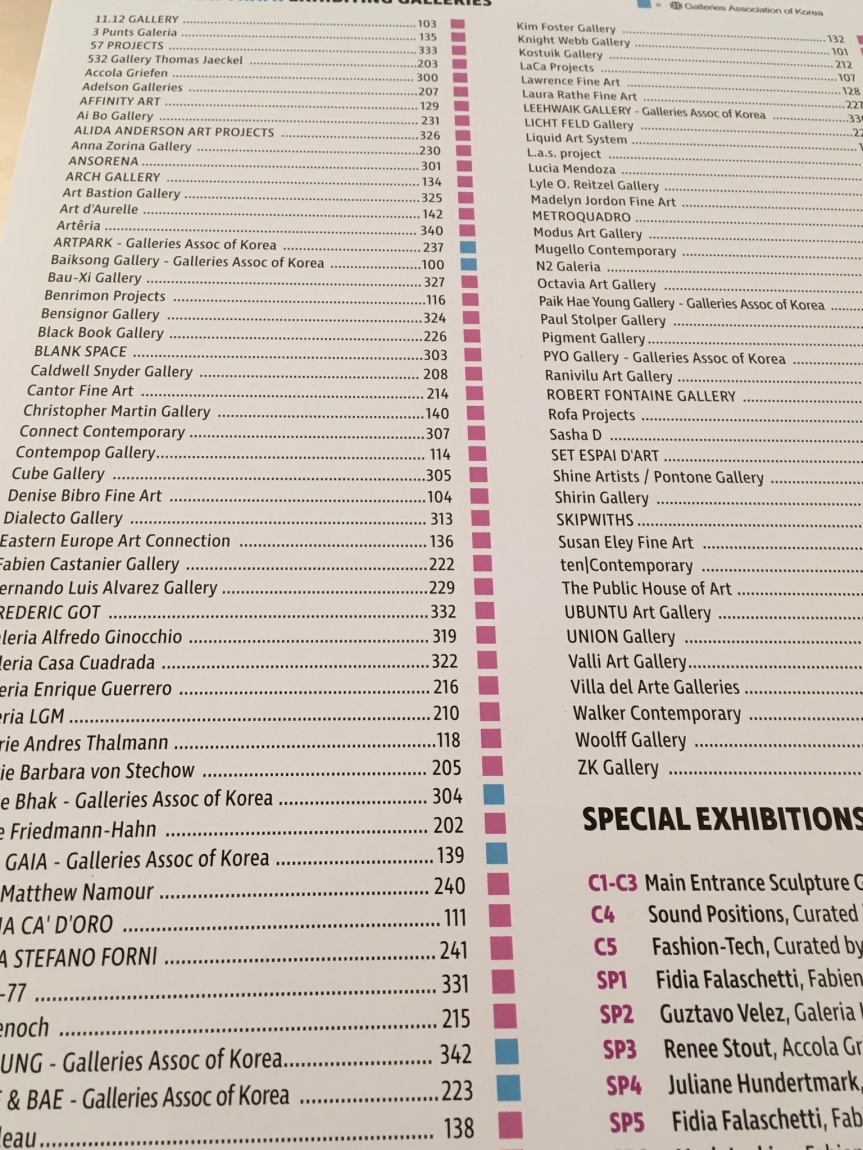 I have to say that for the most part I was highly impressed. All the art on show were the “best of” pieces each of the individual galleries had for sale, and ranged from modern work, to pieces by famous artists whose style I could recognize from across a room (I was an art history minor as an undergrad)

One stall had a Calder, some Chagalls, a Picasso…. etc, as did the next, and the next (the galleries that were selling pieces from the ‘masters’ seemed to have been bunched together) and then after seeing a bunch of modern works that were clearly odes to Andy Warhol, I started seeing a bunch that looked suspiciously like the real thing… and sure enough they were…. there were also a bunch by Miró & Dali, etc., for sale… as well as no shortage of modern works that homages to classic ones: 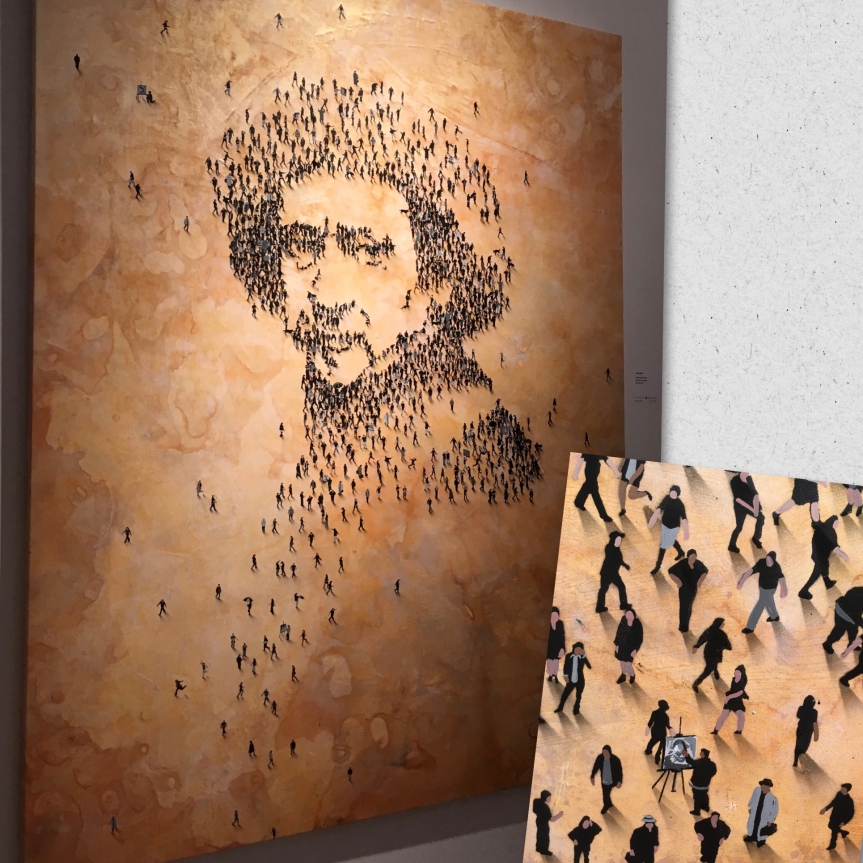 There is one piece that consisted of a Asian guy sitting in the hot tub, as an actual hot tub with an actual guy in it, and I was wondering, since the premise of the show was supposed to be art that people can buy…  “if you buy the piece do you get the guy?”

You’ve got to love the fact that oriental carpets have gotten so cheap that artists are now willing to use them as canvas — I say this with a touch of sarcasm as I inherited 16 of these things (hand-made Persian carpets) from my dad when he died. To put this in perspective, one of his best rugs (which my brother called dibs on) had been appraised or about $10,000 back in the 1970’s, but was only worth about $1,500 after he died.

After having walked through two of the buildings (the ones in displayed in the image at the beginning of this post) I began to take issue with choices of the galleries… Now, granted, they had not coordinated this amongst themselves, but ultimately, there was a predominance of images that glorified violence against women, as well as the objectification of naked women.

Now I have nothing against the naked human form, but I had not seen even one penis so far to offer some balance…. At best I saw ONE solitary scrotum … Honestly, I THOUGHT we were past this! I’d have expected in this day an age at least parity of exploitation.

There were in fact a lot of “high tech” art pieces that had me fascinated as to how they were accomplished… I’ve clearly been out of the art scene a bit too long.

This one I could have seen having in my own home… its just pretty.

And then there were a whole mass of 2D & 3D sculptures utilizing alternative media that I found fascinating, including one artist who used only bullets in order to create almost life size images of wild animals (wrap your brain around that one). 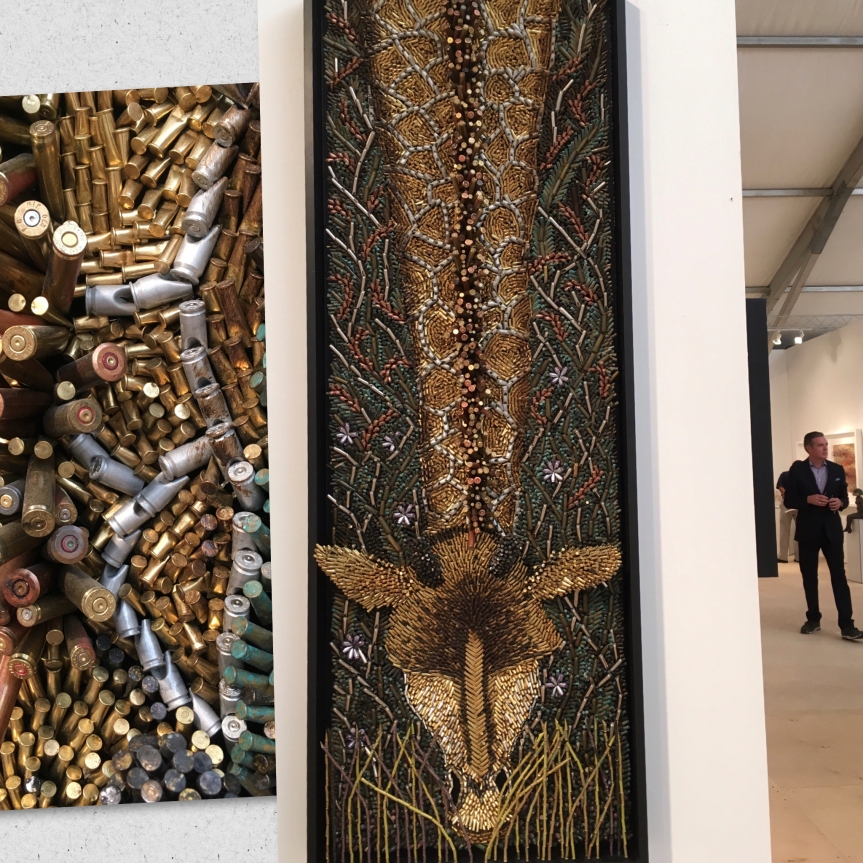 And then this artist’s work, where the shadow of the images is as if not more important than the images themselves… 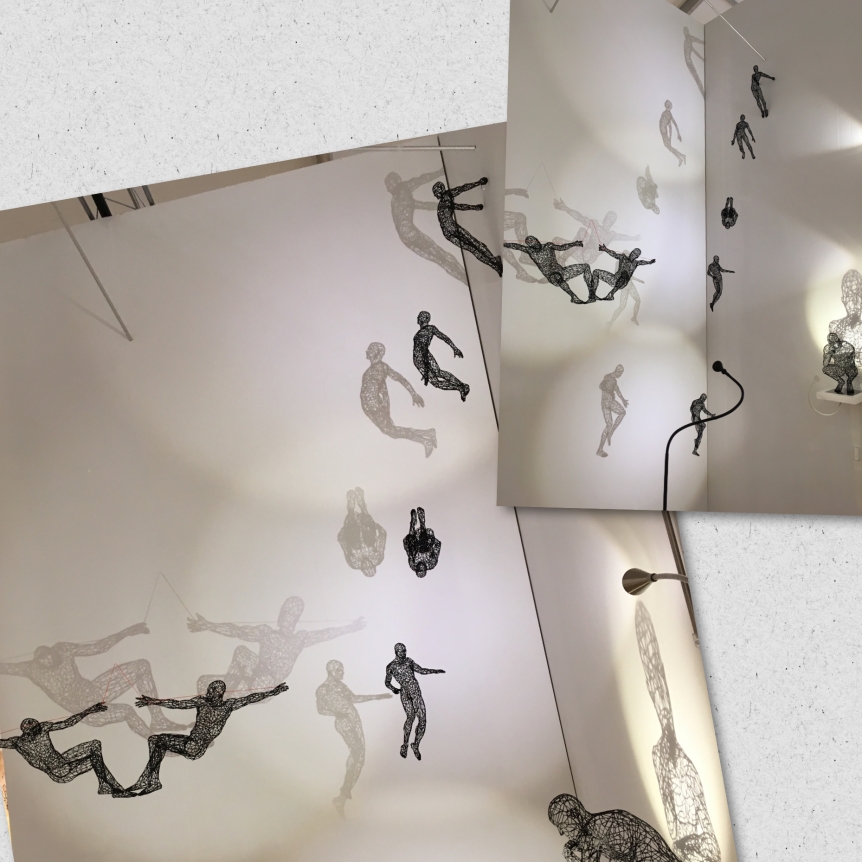 After seeing the two exhibitions located downtown I took the free shuttle to the exhibition that was supposed to be happening in Miami Beach (for those who don’t know, it’s effectively an Island along side Miami linked only by man made roadways) only to discover that it’s not open to the public today, just the VIPs (so my $45 ticket which was supposed to be good for all three shows was only good for two… BOO!!!)