The former back yard of an artist: Remember the iconic talking heads album cover? Well this is the home of the Howard Finster, the Baptist ‘tent revival’ preacher who created those images.

One of the most acclaimed (by the mass media — but not so much the art world) folk art artists of his day, he even did Jonnie Carson, Finster was the darling of the rock and roll world since REM filmed one of their early music videos in his back garden. 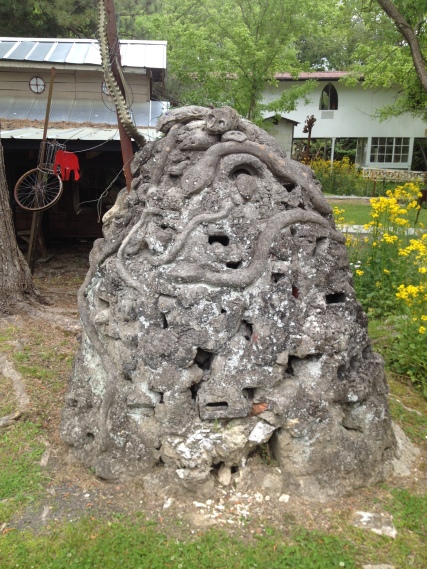 Howard Finster had been a tent revival preacher who felt a calling from God to pass ‘his’ word via art rather than in preaching… Creating art then became a compunction for Finster. He was initially ‘discovered’ by art professors at the university of Georgia, Athens.. And then by one of the most influential gallery owners in NYC (soho), and then by the likes of REM and the talking heads. According to the intro movie Keith Haring did a pilgrimage to here before he died and as you walk around you can see clear evidence of his handiwork. 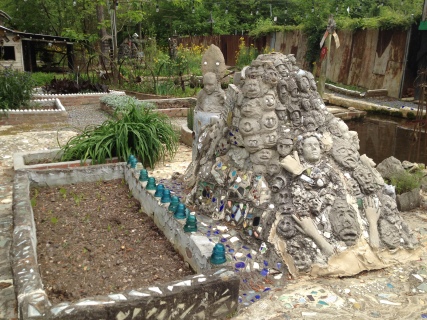 When I got here originally I drove up and there was this smiling guy sitting on a grass cutter the kind you can drive around and according to go to the guy at the front door I was the first person to show up today. I had the place to myself, at least or a while. As soon as I got to the front door a big orange tabby walked up and demanded entrance and the guy working the front door dutifully let him in.

When you first enter the museum you directed towards watch a half hour movie about the artist; it explains his life and motivation for his work (serving G-d). The moment I sat down to watch it the orange tabby came right over, jumped on my lap and proceeded to demand to be petted, so I scratched him about the ears for about 10 minutes, till he decided to get even more affectionate. Now I love cats, used to have three of them, but I have since been diagnosed as seriously allergic to them (which is why I no longer have any), so I had to nudge him to the floor. He gave me a pissed-off glance and walked away. Clearly from the cats perspective the job of any visitor is to pet him. As soon as the movie was over I ran to the bathroom, to wash my hands & arms which were now covered with cat, and splashed water on my eyes which had gone all itchy (I respect and obey cats to my own detriment). I later learned that there were in fact three orange tabbies who see it as your job as a visitor to pet them. 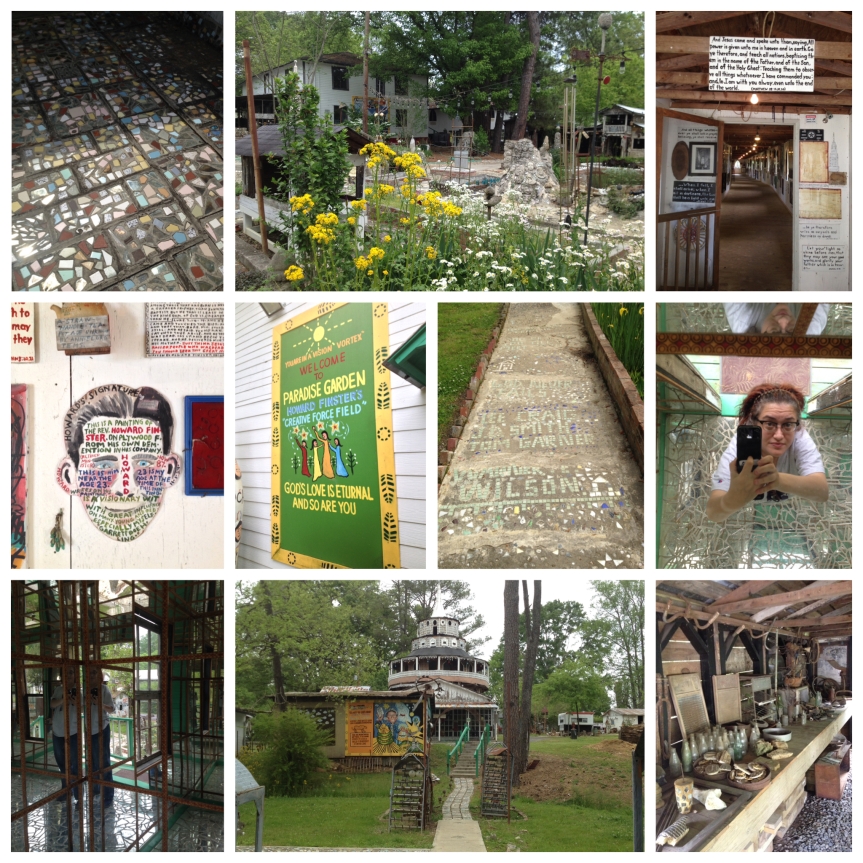 Otherwise, you are left alone to wander his mazelike gardens. Towards the back he constructed a house of mirrors that I suppose was intended to create the infinity of spirit ….
By the way, this is what I saw in the sky on the way driving to here

…. so that by the time I arrived to his Paradise Garden I was already predisposed to see ‘the spirit’ (if you will) in Finster’s art. 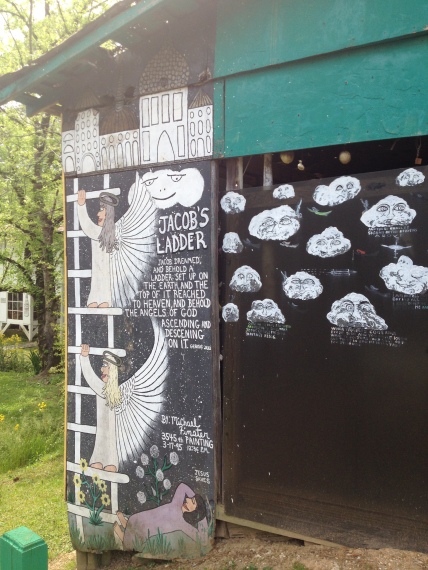 All in all, this place was pretty amazing. Also, I had apparently unplugged the cork because after me a few car loads of artsy types just pulled in