Beautiful historic spot that has the advantage of being free, while Point Park, at the top of the mountain requires that you pay a small fee (or have a National Park pass, which you should). This really is a beautiful and peaceful place, so I get why Craven built a house here. Now, however, it is part of the Chickamauga and Chattanooga National Military Park that includes Point Park, and is located about 3/4’s up the side of Lookout Mountain (Point Park is at the top).  Some fierce battles that ultimately destroyed the house (the signage includes photos taken after the battle of it blown to pieces) occurred here as the Union and Confederate soldiers fought for control of the strategically important mountain. Little placards are scattered all over the sight describing details of the battles, who did what and at what point in the battle, etc., and various states have set up monuments to their boys who died here. The original owner, one of the wealthiest men in Chattanooga later rebuilt it, and now the property is part of the park. It can be found down a turn off on the road between Ruby Falls and Point Park, and if you take the cable car instead of driving, you’ll miss it completely. 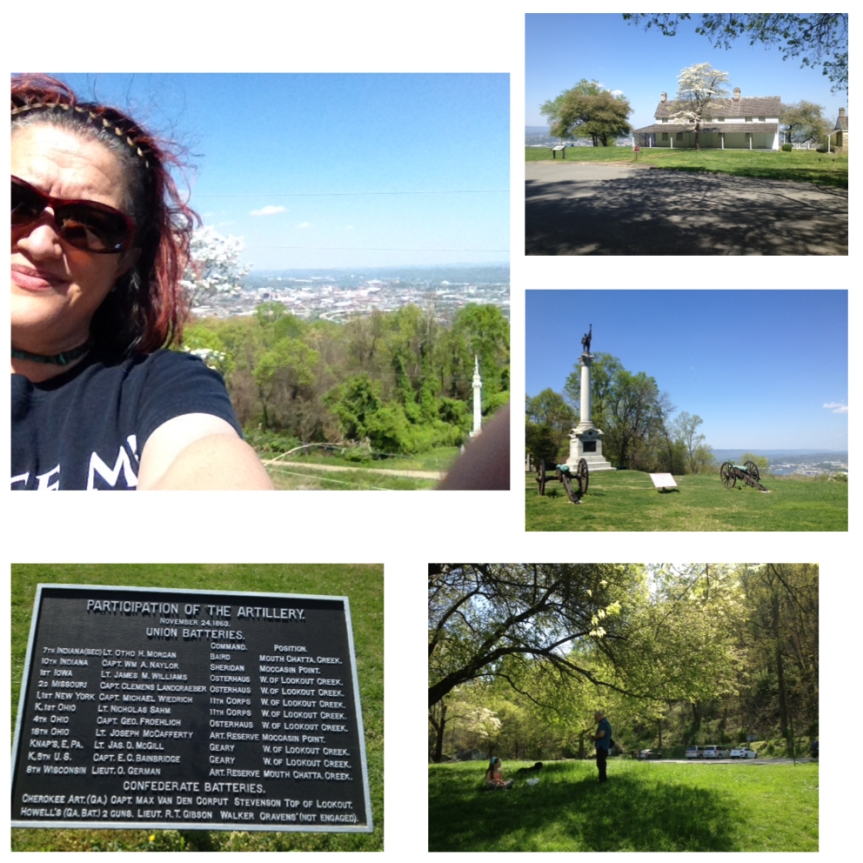