A Smithsonian Affiliate museum: while a lot of the art work here is ‘so-so,’ there are quite a few impressive pieces (often borrowed), especially among some of the modern art works. 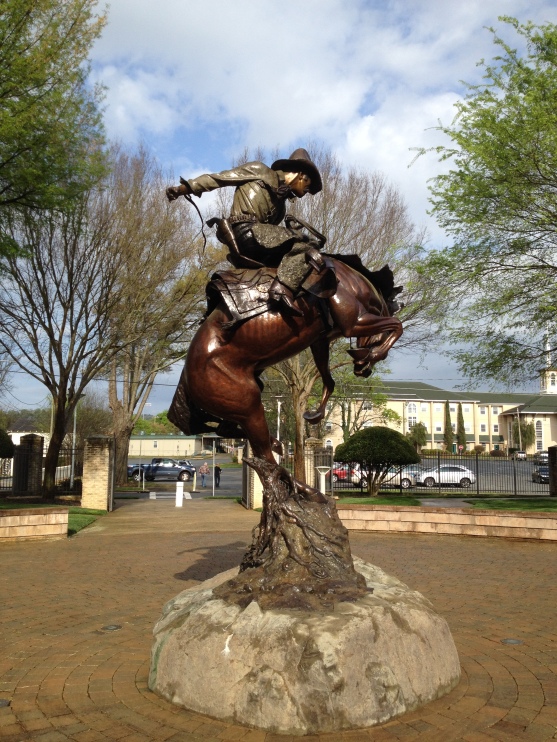 I’ve spent a fairly decent amount of time in the Southwest, in large part living on the Navajo Reservation, so I’m pretty familiar with this sort of work, and have seen better collections out there; that said, considering this is in the southeast I’m guessing its probably the best publicly viewable collection of Southwestern narrative art in this part of the country. It’s also a Smithsonian Affiliate which means they get to borrow things from that collection that the Smithsonian would otherwise keep in storage, like this incredibly racist piece which seems to have come from the Buffalo Bill Historical Center.

What I particularly enjoyed, were some of the modern art works. 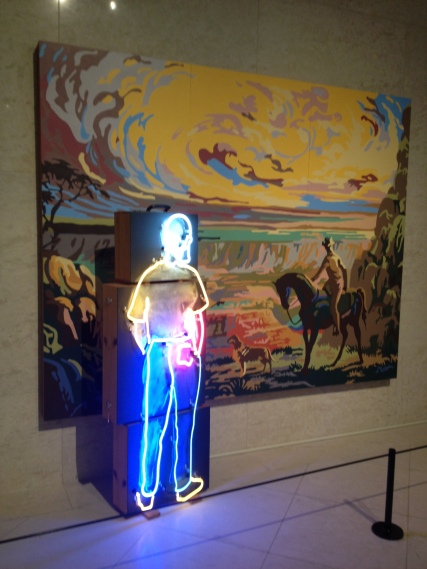 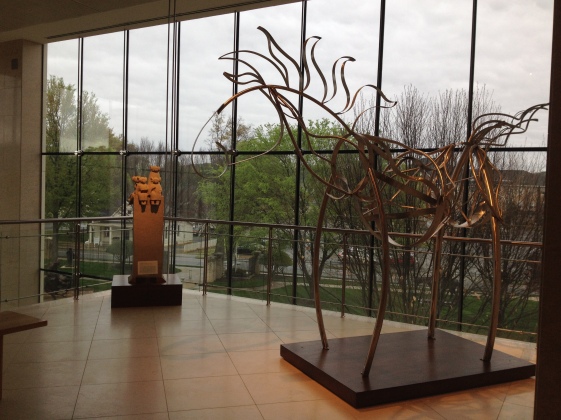 And this is a process I do not believe I have ever seen before, cast paper 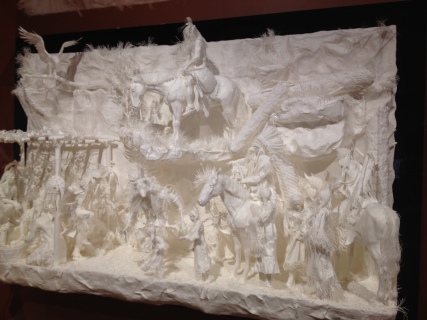 The museums also contains some examples of paintings produced to be used for things such as book covers for western-genre literature, film posters, and magazine covers, etc. I found this particularly interesting as the wife of an old high-school friend of mine is an artist who specializes in the western genre and has had her work used for magazine covers, etc… so I checked to see if they had any of her work, but they did not.

What initially brought me the museum however was an Ansel Adams exhibition  (I was a photography major as an undergrad). It was an OK exhibition, it had a few of his photos and a collection of works by other who either influenced him, or were influenced by him. Of the latter, the most surprising ones were these: 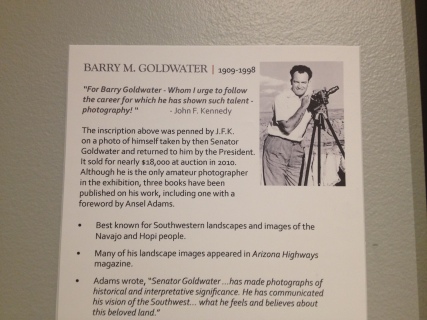